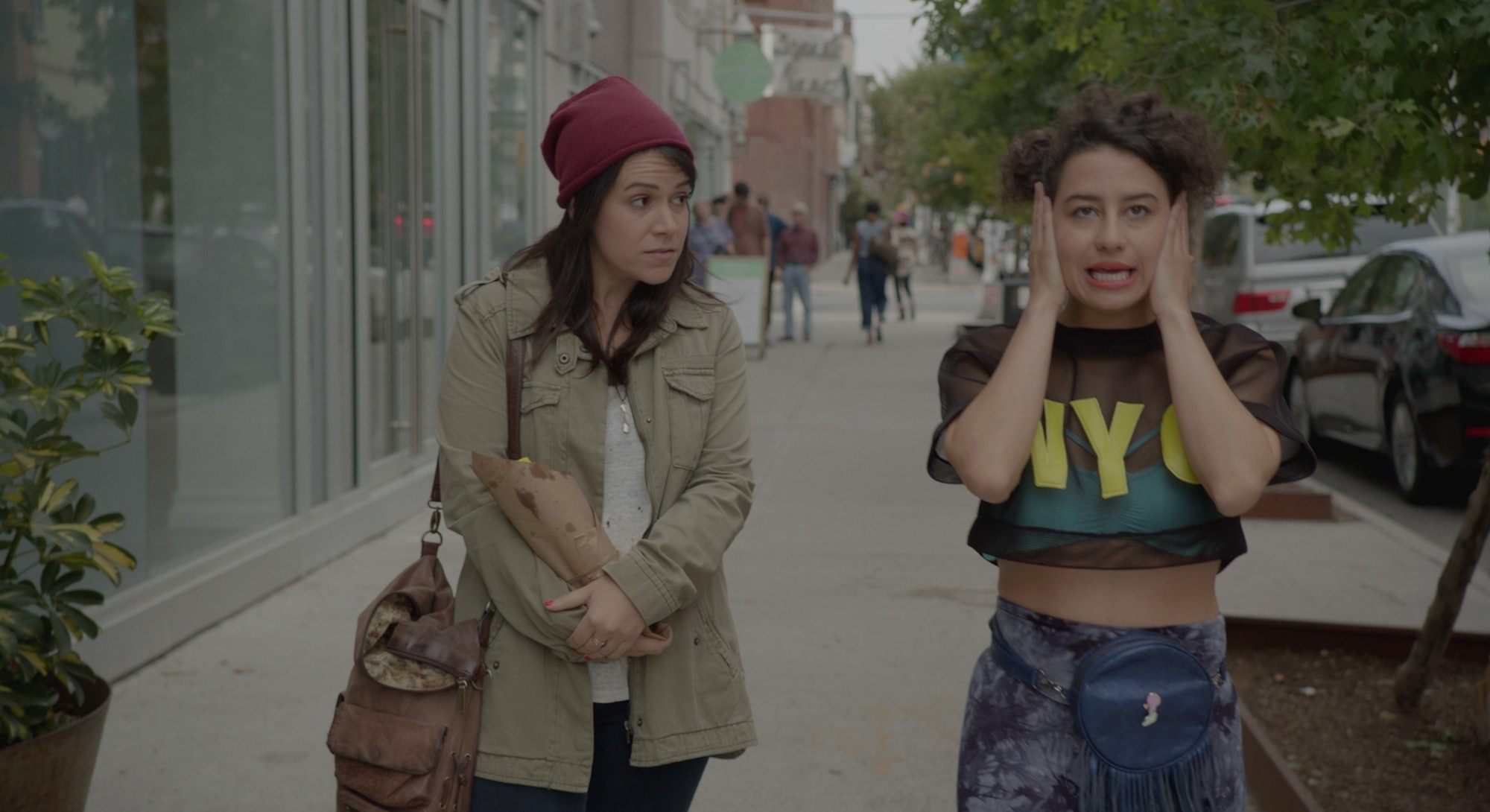 Each week we cover the latest antics from Abbi and Ilana, the inseparable and amusing best friend duo from Comedy Central’s hit series Broad City. If you watch the show, you know that Abbi’s and Ilana’s virtually opposite yet eternally agreeable personalities give way to a turbulent rollercoaster of comedic stunts and emotions each week.

Matt FX, the music supervisor of Broad City, has mastered the art of matching Abbi’s and Ilana’s constantly evolving settings and moods to make the funny moments funnier — and the transitions between sometimes unrelated antics seamless. Inverse sat down with Matt FX to discuss his role on the show, his budding DJ career, and his strong investment in the underground music scene of New York City.

You’ve said that you let the songs you choose for Broad City choose you. How does that usually happen?

Matt FX: It really depends. I would say that more than anything I’m going on recommendation or on instinct; and Facebook is probably king, if only because I do most of my gazing on Facebook. I spend most of my time scrolling down and talking to people. So the power recommendation is one of the most effective ways to transmit anything. If someone hits me up and says, “Yo, you gotta check this out,” if someone’s that passionate about it, generally there’s a good reason for that. But yeah email, Twitter, Facebook, all of that. A lot of the time I’ll be out and about with friends or someone will play me something or I’ll Shazam something.

I’ve noticed that you promote a lot of local New York artists on Broad City. Is that a scene you try to push forward through that show?

MF: Definitely. I think that it’s fun because for a long time I don’t think New York has been the epicenter of music. Hip hop is more of a west coast thing, electronic if not LA or Europe, I think a lot of indie stuff is coming out of Toronto and other places. Obviously New York is still the center of the universe and I’ll be the first person to sort of shout that from a rooftop, but it’s not alway necessarily recognized these days as a place where amazing music is being made.

On the ground, in the trenches, I feel like it’s almost an obligation to be pushing that sound as hard as I can, regardless of being a DJ in the bowels of Bushwick or rappers from Harlem. Even beyond that if it’s not from New York, I feel very passionately about pushing music internationally that doesn’t necessarily get heard. Stuff from South Africa, stuff from Shanghai, stuff from Estonia.

Can you tell me about what it’s like working with Abbi and Ilana?

MF: They’re musical geniuses in their own right. It’s such a joy to work with them. They have such an amazing level of respect and trust. I think that’s the ground floor of our relationship. Honestly, my biggest gripe, if I had one at all, is they’re so busy and so needed everywhere, as they should be because they’re running shit. I only wish I had more time I could spend with them, really.

How much are they involved in all parts of the show?

MF: Up and down 199%. They are everywhere. That’s what I mean. When they’re in the office, it’s like there are three editors, some interviews going on, this and that, it’s crazy. They oversee everything.

How has it been working on that Pierce Brosnan horror movie Urge?

MF: So much fun, man. It’s cool working on horror stuff because it’s such a different part of the brain that you’re tapping into. To pull fear out of the scene is different than pulling laughs. But at the end of the day it’s cool because if anything it allows me to access artists that I wouldn’t necessarily use on a show like Broad City. Even on Difficult People, it’s all rock, guitar music. Again, it’s another opportunity for me to work with sound that isn’t necessarily the Broad City sound. I’ve got even more music in my iTunes that’s ready to go! I just need more projects to use it.

Are you as much into rock music as you are into underground electronic?

MF: There’s a band called Weaves out of Toronto and a band called Slutever that’s in the show that I love. Weaves and Slutever are both from the episode with Sleater Kinney. It was definitely a conscious decision for that episode to be rock-heavy, as it wasn’t set in New York. The Philly episode.

What are you listening to right now?

MF: On the rock and roll side of things there’s a band called Hooded Fang, who are also from Toronto. I’m very excited about them, I think their next release is going to blow people straight out of the water. On the electronic side I actually met a couple girls in an Uber Pool in LA, this is what I mean by the songs finding me, they’re like “oh my gosh you’ve got to meet my boyfriend! His music is amazing.” So I ended up going over to their house and hanging out with them a couple times. True enough, it’s fucking incredible music! His name is STEL*LEO.

You came out with an EP. Is that an introduction to an LP?

MF: So Scooter Island EP is just the tip of the iceberg. In a lot of ways I think I had to get it out. The next focus effort is there’s a girl on the record named Symead, who I’ve known forever, and she’s someone I feel very, very passionately about as an artist. She’s actually one of the two founders of Millions March NYC. We’ve been working on some material for quite some time now, which will actually be her solo EP.