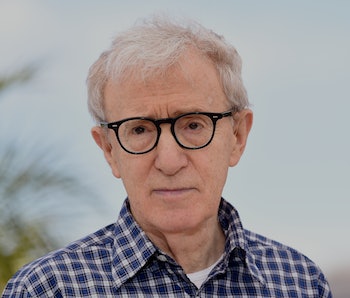 Woody Allen is going back to Cannes, and Amazon is going for the first time. The auteur’s latest movie, the newly titled Cafe Society, is set to open the 69th Cannes Film Festival, which will commence on May 11. Cafe Society — which screens out of competition — marks Allen’s third movie to headline the fest after 2002’s Hollywood Ending and 2011’s Midnight In Paris. His last film, Irrational Man, also premiered at Cannes.

The top spot at Cannes is a big deal for Amazon Studios, the upstart entertainment arm of the online-everything store. It’s the first time an Amazon release has been given such a big, distinguished, and fancy debut.

The streaming service has taken the opposite approach of the quantity-not-quality plan from rival service, Netflix. Instead of churning out countless original TV shows and movies with endless amounts of cash, Amazon has targeted established film auteurs like Spike Lee and Jim Jarmusch and Kenneth Lonergan, while also giving young indie filmmakers a shot at creating shows and movies with their platforms wide exposure. Cannes just gives them even more film-snob clout. Last year’s awards darling from Netflix, Beasts of No Nation, doesn’t even have those bragging rights. Netflix ended up buying this year’s Sundance opening night film, Other People.

In a recent Variety cover story about Amazon’s strategy, studio chief Roy Price said “We want to work with visionary filmmakers who are making interesting films that you’re still going to be talking about in three years.”

Amazon is also set to make a TV series with Allen, debuting sometime in the future, and at last year’s Cannes Film Festival Allen didn’t seem too assured about creating projects in a new-fangled way. “It was a catastrophic mistake. I don’t know what I’m doing. I’m floundering,” he said.” I expect this to be a cosmic embarrassment‎.”

Regardless of the platform, Cafe Society seems to be in Allen’s wheelhouse. When not much was known about the movie we predicted it would “inevitably feature a nebbish white male protagonist humorously but philosophically pondering his place in the world via a series of darkly comedic events in or around New York City,” and that’s kinda, sorta right.

The 1930’s-set movie will feature Jesse Eisenberg, who appeared in Allen’s To Rome With Love, as a screenwriter who goes to Hollywood and is swept up in a bumbling love affair. Kristen Stewart, Blake Lively, Parker Posey, Steve Carell and Corey Stoll also round out the cast.

The festival’s full lineup will be officially announced in the coming weeks, while this year’s Palme d’Or jury will be headed by Mad Max: Fury Road director George Miller.