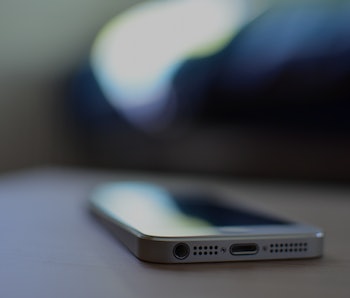 Apple customer Caleb wanted to know whether closing out of apps he wasn’t actively using preserved his phone’s battery life. After all, swiping unused apps closed may be satisfying, but it’s unclear if it does anything.

So Caleb did what any persistent customer who isn’t getting answers would do: Go to the top. Caleb emailed Apple CEO Tim Cook for an answer, and while Cook didn’t deign to respond, he did kick it down to the Senior Vice President of software engineering, Craig Federighi (the super-positive dad-like executive at those Apple events. This guy.), who confirmed that background apps do not affect battery life.

In response to Caleb’s query, “Do you quit your iOS multitasking apps frequently and is this necessary for battery life?” Federighi responded simply, “No and no.”

It’s not clear why Caleb’s question deserved a response, since the controversy over closing apps and battery power has been brewing for a long time. A clue might lie in the post-script to Caleb’s email. After signing his name to the email, Caleb added, “P.S. I’m rooting for Apple in the FBI case.”

Federighi did not address the endorsement. Presently, Apple and the FBI are at odds over a court order: mandating the company build an alternative iPhone operating system so the law enforcement agency can access the phone of the San Bernardino terrorists. Apple CEO Tim Cook has stood firm on the issue, earning the support of many other tech industry leaders.

So what, Apple, if we believe encryption just helps terrorists avoid detection, you won’t answer our battery life questions? Come on, Tim Cook. At least Steve Jobs had the decency to peddle his own propaganda.

We’ll leave you with the glowing positivity of Craig: