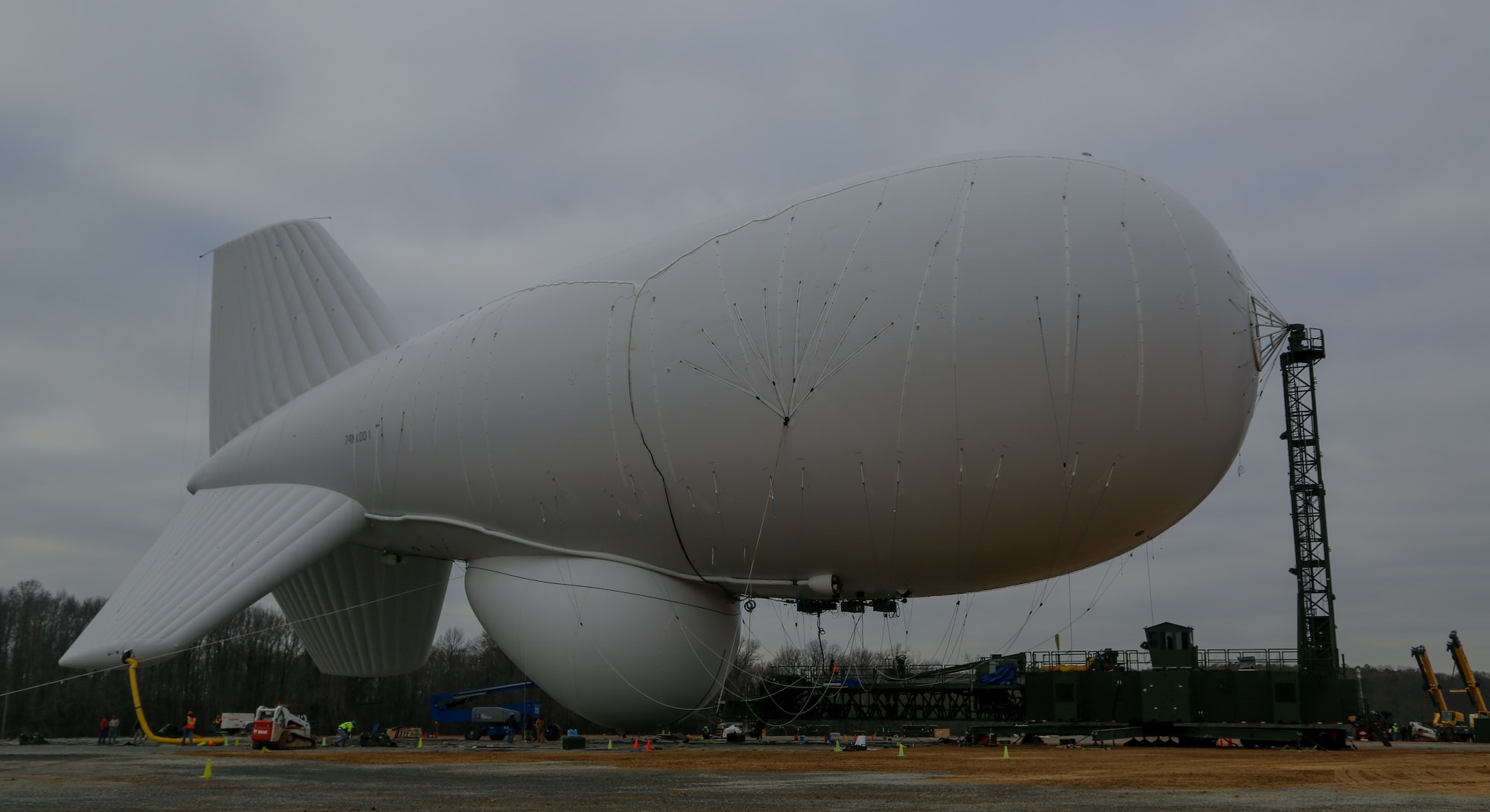 Remember the runaway blimp that captured all of our hearts last year? If not, here’s a refresher: In October, a military blimp broke free from its earthly tethers in Maryland and blissfully floated toward Pennsylvania, leaving a path of destruction and social media fascination in its wake. It was, as many noted, a wonderful metaphor for the bloated, directionless, free-floating private/public ecosystem we call the military industrial complex.

Well, this project turns out to be an even more perfect illustration for military spending than we realized. That’s because the Army just requested another $27.2 million for the program – known as the Joint Land Attack Cruise Missile Defense Elevated Netted Sensor (JLENS) – on the basis that delaying the project for a year would be even more expensive.

The JLENS project costs an estimated $2.8 billion, and congressional overseers have regularly referred to it as a symbol of Pentagon waste:

“This is one of the most egregious examples of misplaced defense priorities that I have ever seen,” said Representative Jackie Speier, a California democrat who sits on both the Armed Services Committee and the Oversight and Government Reform Committee, reported Defense News.

The spy balloon is supposed to be an early warning system capable of detecting incoming missiles and monitoring aircraft and boats. But it failed to alert its operators last April when a post office worker flew a homemade helicopter onto the lawn of the Capitol to protest campaign finance laws. According to an investigation by the LA Times, that wasn’t the only problem. The report refers to JLENS as a “zombie program” – a decades-old, consistently underperforming, but well-funded project that can’t. Be. Killed.

The Times found that “in tests, JLENS has struggled to track flying objects and to distinguish friendly aircraft from threatening ones.” Bad weather can ground the balloon, and given its size, it’s potentially an easy target in war zones. The Times also reported the blimp has suffered many software malfunctions which stunt communications with air-defense networks.

And speaking of software glitches in expensive symbols of government waste – let’s talk about the F-35 Joint Strike Fighter (JSF). The F-35 was originally billed as a next-generation fighter that would be the envy of the world. Instead, it has become the most expensive weapons system in U.S. history. A report from last August that I covered at the time found the “F-35 will find itself out-maneuvered, out-gunned, out of range, and visible to enemy sensors.”

Now, even beyond its shortcomings in combat, the F-35 is plagued by the most common of IT problems: a radar issue is forcing pilots to turn the system off and back on again. That problem is especially troubling, given the plane’s heavy reliance on software, and the system’s vulnerability to cyber attacks. “Some systems like the radar control are fundamentally worse than the earlier version, which is not a good sign,” Keith Joiner, who tests the F-35 for the Australian air force, told Background Briefing

The F-35’s problems don’t stop at its slow speed, bad computer systems, high cost, and poor maneuverability. “If you’re wearing the JSF helmet and you weigh less than 75 kilos (about 165 pounds) and you need to eject, there’s a 1 in 4 to 1 in 5 chance that the helmet itself will actually kill you,” Joiner said. “This is because it’s so heavy, that when you eject, it will snap your neck.”

The Pentagon’s Director of Weapons Testing offers a similar evaluation, but adds that the risk of injury could affect pilots who weigh as much as 200 pounds.

Why does the F-35 continue to get Congressional funding? “The usual explanation for the apparent invulnerability of the F-35 is simple: pork barrel politics,” observed William Hartung, director of the Arms and Security Project at the Center for International Policy, last year in the Huffington Post. Hartung claims that Lockheed-Martin, maker of the F-35, overstates how many jobs the program has created, and argues Lockheed’s army of lobbyists (and a revolving door of former top U.S. officials in key Lockheed positions) gives the company an out-sized influence.

Between funding a fighter plane with glitchy radars, a neck-breaking ejection seat, and a runaway blimp that missed a homemade helicopter flying over Washington, D.C., it’s little wonder that Congress’s public opinion dropped to 11 percent last November. But I speak for all of us internet writers when I say: keep the metaphors coming, everyone. Mission accomplished.