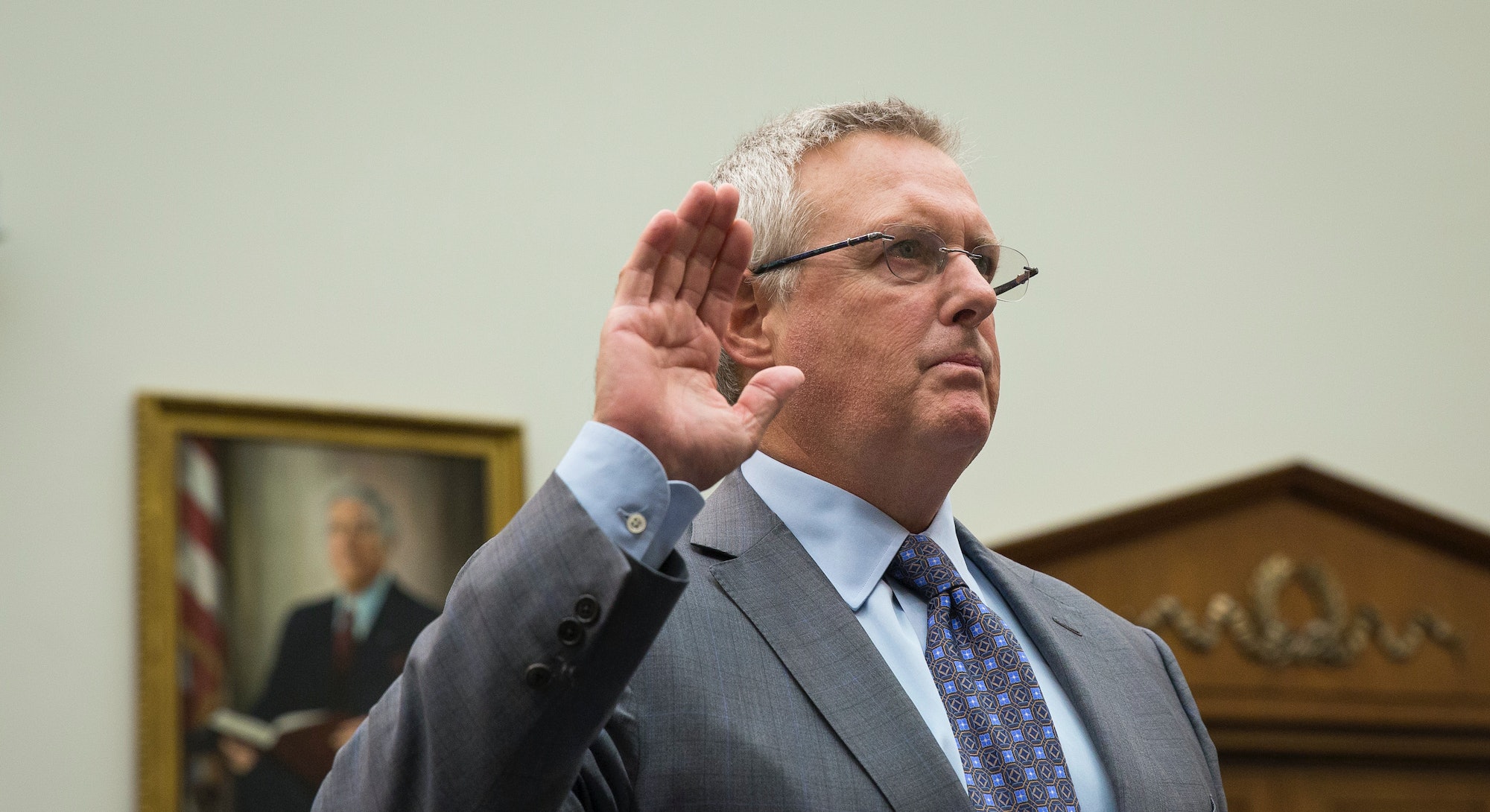 “This is not about the San Bernardino case,” Apple’s senior vice president and general counsel Bruce Sewell told the House Judiciary Committee today. “This is about the safety and security of every single iPhone today.”

It’s official: The Apple vs. FBI battle has made it to Congress.

Sewell used a public hearing in front of the committee to reiterate what Apple’s been saying all along: This is a case about civil liberties, not about a single phone.

The Congressional hearing — which was titled with literary flair “The Encryption Tightrope: Balancing Americans’ Security and Privacy” — was held today to help members of Congress decide whether or not a new law regarding encrypted technology is needed. This would take the decision out of the hands of the court and task Sewell with the high job of defending Apple (and every other technology company) from the slippery slope of court precedent.

Put simply, Sewell was there for one major reason: to convince Congress that “encryption is a good thing.”

Representative Bob Goodlatte, Republican of Virginia and chairman of the committee, opened the hearing with a statement that Congress is the best party to settle the Apple/FBI conflict. His reasoning is that the case has “unique factors,” meaning it “may not be an ideal case” to set court precedent. But as Representative Jim Sensenbrenner warned Sewell after a brief PATRIOT Act history, Apple may not like what comes out of Congress. Regardless, Sewell confirmed that Apple will follow the law, but, “this is not a security versus privacy issue, this is a security versus security issue.”

Sewell’s strongest argument runs along the above line of thinking. If Apple hammers a backdoor into their encrypted iPhones, everyone’s security is at risk because the government won’t be the only ones who can get into people’s phones.

“The FBI is asking Apple to weaken the security of our products,” Sewell wrote in a prepared statement before the hearing. “Hackers and cyber criminals could use this to wreak havoc on our privacy and personal safety. It would set a dangerous precedent for government intrusion on the privacy and safety of its citizens.”

FBI Director James Comey was questioned for three hours before Sewell got a seat in front of the committee. When he did, he was alongside Worcester Polytechnic Institute Professor of Cybersecurity Policy Susan Landau and the New York County District Attorney Cyrus Vance, Jr. While Comey made a few notable statements (see below) before the following three had a chance to speak, one of his oft-repeated statements on which he leaned was that the FBI is asking Apple to break what he considers an obsolete technology: The iPhone 5c in question running iOS 9.

This ignores the thousands of people who are still using a 5c, but it also ignores something that Sewell said is even more important — that the principles behind a 5c and a 6 (and all future phones for that matter) is the same, “so the notion that this is somehow only about one lock, or only a tool for one thing is a misnomer.”

Even if the backdoor was only made to work on the 5c, it’s still a technology Apple doesn’t even have.

Representative Trey Gowdy, who was the only Congress member who showed a clear bias against Apple, demanded a “fact pattern” that concludes in Apple opening a backdoor to a phone. When previously questioning Comey, Gowdy compared pushing through encryption to performing an unauthorized surgery on a person with a bullet wound. Gowdy brought this argument and three others that Sewell had never heard of, and then demanded he answer what-if questions. Sewell appeared confused by this, but he continuously responded that Apple will follow the law. At the end of Gowdy’s allotted five minutes, he promised to give Sewell the cases after the hearing.

While many of the Congress members, not just Gowdy, seemed confused about the specifics behind what it would take for Apple to make new technology, Gowdy seemed to think he had it down with the whole surgery comparison. He also used it when questioning Comey:

Another one of the major arguments against Apple is that fighting against the government is just good business. But don’t say that to Sewell’s face:

“Every time I hear this my blood boils: this is not a marketing issue,” Sewell said. “That is a way of demeaning the other side … we’re doing this because we think protecting the security and privacy of hundreds of millions of iPhone users is the right thing to do.”

“Hundreds of millions of law-abiding people trust Apple’s products with the most intimate details of their daily lives – photos, private conversations, health data, financial accounts, and information about the user’s location as well as the location of their friends and families,” Sewell wrote in his statement. “There’s probably more information stored on that iPhone than a thief could steal by breaking into your house. The only way we know to protect that data is through strong encryption.”

As painfully repetitive and slow the questioning of Sewell was, the three hours leading up to it went anything but smoothly.

The YouTube stream stopped early, which led people to furiously type “blame the FBI” in the running comment sidebar as quickly as possible. And for the people who made it past that hiccup, an extended conversation between Ohio Representative Steve Chabot and Comey about the College of William and Mary waited on the other side. Not to mention Hillary Clinton email inquiries, endless confusion about technology, and a comparison between a drug dealer peddling two kilos of drugs and Osama bin Laden’s cousin.

Beyond that though, the opening line of questioning directed at Comey had a few important takeaways:

For what comes of all this, the people will have to wait until next week to find out when the House Judiciary Committee makes a decision.