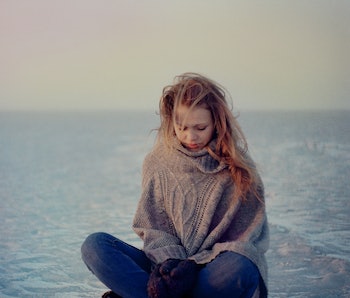 Sexually frustrated ladies and their partners celebrated last year when the FDA gave the thumbs up to the clumsily nicknamed “Female Viagra,” the first drug approved to help resurrect womens’ flagging sex drives. Those cheers are dying down now. In its first year on the market, the drug, Addyi, has been heavily scrutinized and determined to be something of a flop.

According to a new study published in JAMA Internal Medicine, the drug’s nickname suggests it can do a lot more than it actually does. Whereas Viagra treats erectile dysfunction with a single dose, Addyi treats low sex drive with multiple doses over an extended period of time. The problem? An analysis of results from eight studies on over 5,900 women, suggests that the drug’s health risks don’t exactly outweigh benefits. In exchange for roughly one-half additional “satisfying sexual event” per month, Addyi users must accept a higher risk of dizziness, drowsiness, nausea, and fatigue.

This shouldn’t come as a surprise. Before the FDA approved Addyi, it had been rejected twice since being introduced in 2010. Even the chief medical officer at Valeant, the company that manufactures the drug, has admitted that the new analysis confirms the findings of initial trials showing negligible benefits. Researchers are currently suggesting that the FDA reconsider their approval of the drug, which — and this is indicative — would be a bit of a non-event. Sales of Addyi are estimated at $11 million per year. Valeant had hoped to be pulling in close to $150 million.

More like this
Mind and Body
10 hours ago
Fertility clinics turn women away over their weight — new research undermines that practice
By Nick Keppler
Mind and Body
5.6.2022 7:05 PM
What overturning Roe means for medication abortion
By Katie MacBride
Mind and Body
5.8.2022 8:00 PM
Some dangerous — even banned — drugs lurk in dietary supplements
By C. Michael White and The Conversation
Related Tags
Share: