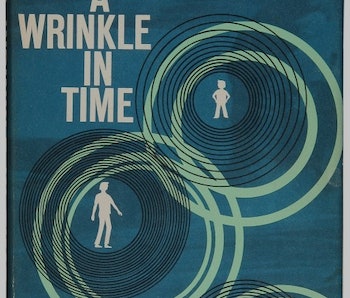 After a long courting period, Selma director Ava DuVernay has signed on with Disney to direct its film adaptation of Madeleine L’Engle’s A Wrinkle in Time. The film’s script was written by Frozen screenwriter Jennifer Lee, who famously manipulated several fairytale tropes (love at first sight, sibling rivalry, magical women as evil) to make Frozen into Disney’s most commercially successful film in decades.

DuVernay’s role as director indicates that A Wrinkle in Time will not begin yet-another forgettable YA trilogy, because her short career has been marked by the same values that made L’Engle’s novels so exceptional: an unapologetic belief in non-traditional heroes and intellect succeeding over brutality. The primary heroes in A Wrinkle in Time are a brother and sister, one prone to bullying and the other too brash to be lovable. They’re both misunderstood in school and by their twin siblings, and haven’t quite figured out how to use their intellectual and emotional gifts.

Selma, DuVernay’s most famous project, was a love letter to Dr. King’s balanced temperament and endurance under pressure. In A Wrinkle in Time, three children are subject to psychological torture and existential crises, and they can only defeat a malevolent force with quiet tactics: their love for each other, their independence, and childlike optimism.

I Will Follow and Middle of Nowhere, early projects of DuVernay’s, made straightforward love stories look ethereal and otherworldly. DuVernay’s aesthetic drenches the world in soft light, as if every human story plays out on some delicate, dreamy plane instead of ours. As an auteur, though she hasn’t worked in science fiction or fantasy yet, DuVernay has already proved herself capable of manipulating the images that will make A Wrinkle in Time memorable: three female spirits, a planet of huge, affectionate creatures, and a great darkness that threatens to absorb the universe.

More like this
Entertainment
7 hours ago
Neil Gaiman teases a Sandman prequel on Netflix. Here's what that means.
By Mónica Marie Zorrilla
Culture
8.6.2022 11:30 AM
20 years ago, Robert Rodriguez made the strangest sci-fi sequel of the early 2000s
By Jon Negroni
Entertainment
8.9.2022 1:00 PM
Has your favorite HBO Max show been canceled? The fate of 9 sci-fi series revealed
By Robin Bea
Related Tags
Share: