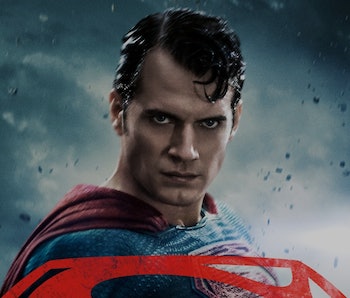 There’s something about Superman that fires up the creative muscles. He’s an agnostic savior worthy of messianic language, but generally accepted as innocuous enough. He’s an alien, but everything about him sings America. He’s a moral absolutist, but he works in journalism anyway. He is, to put it plainly, a rock ‘n’ roll superhero in a hip-hop world.

And you better believe that the singer-songwriters have noticed. The Son of Krypton’s appearance on Sufjan Stevens’s new album cover is just his latest mission to save alt-rock. Superman loves alt-rock and alt-rock loves Superman — a lot.

In the late 1990s and early 2000s, every strummer seemed to have his own take on the Man of Steel. And those takes were largely reactions to this very deep question: What if Superman were sad and lonely? Perhaps songwriters understood that Clark Kent’s morality and straightforward approach to handling geopolitics (punch bad dudes) no longer made sense in an interconnected world. Perhaps they were still bummed out by “The Death of Superman,” which arrived in 1992. Perhaps they all found their subject in different ways. It doesn’t really matter. What matters is that they collectively produced a bunch of weird songs about Superman.

Here they are from best to worst.

“The Man of Metroplis Steals Our Hearts” by Sufjan Stevens

Lyrics: “Only a real man can be a lover / If he had hands to lend us all over / We celebrate our sense on each other / We have a lot to give one another”

Analysis: The song’s varied parts come together seamlessly in the chorus, but at one point, the lovely yet haunting children’s choir sings, “Only a real man can be a lover.” It’s worth noting that Metropolis is a town in Illinois, but it’s also pretty clearly a reference to our alien protector, who is awful at relationships.

“Waitin’ for a Superman” by The Flaming Lips

Lyrics: “Tell everybody waitin’ for Superman / That they should try to hold on the best they can / He hasn’t dropped them, forgot them, or anything / It’s just too heavy for Superman to lift”

Analysis: The Flaming Lips warn against depending on people to help you. Sometimes, you’re on your own. Superman isn’t a thing anymore. Fuck Superman.

“Superman (It’s Not Easy)” by Five For Fighting

Analysis: If it weren’t for the rank early-2000s stench that permeates Five for Fighting’s biggest mainstream hit, it would be a song you might voluntarily listen to. Instead, it’s only effective when it comes on at the dentist because you’re on painkillers. Dude is really whiny.

“Kryptonite” by 3 Doors Down

Lyrics: “You called me strong, you called me weak / But still your secrets I will keep / You took for granted all the times I never let you down / You stumbled in and bumped your head / If not for me, then you’d be dead / I picked you up and put you back on solid ground”

Analysis: According to drummer Brad Arnold who wrote the song bored out of his mind during a high school math class, the song is asking one core question: Will you be there for me no matter what? But the perspective isn’t asking Superman, it’s being asked by Superman. Tucked away in this post-grunge anthem that was goddamn everywhere in, like, 2003 is an anxiety-ridden Superman worried he’s all alone. I like to imagine he’s talking to Batman.

“Brainiac’s Daughter” by Royal (cover of The Dukes of Stratosphear)

Analysis: In DC Comics lore, Brainiac’s Daughter, which is her actual name, is the child of Brainiac-5 and Supergirl. Meaning Brainiac’s Daughter and Superman are, ahem, family. But that character was inspired by the song, originally from the Dukes of Stratosphear (aka XTC), who probably wrote it from the perspective of Superman anyway. And it’s a fun concept. Crushing on your archenemy’s kid? I’d read a whole book about a hero like Superman weak to having some fun in the sheets.

“Save Me” by Remy Zero

Lyrics: “Somebody save me / Let your warm hands break right through and / Save me / I don’t care how you do it”

Analysis: This was the theme song to Smallville, which ran long enough that its home network, the teen-centric WB, became the CW while it was still on. The song really set the tone for the show, which is to say it was written for teenagers and at a ninth-grade level.

More like this
Culture
6.28.2022 9:00 AM
8 sensational sci-fi shows and movies coming to HBO Max in July 2022
By Robin Bea
Mind and Body
6.29.2022 6:30 PM
How music makes you feel may depend less on your brain than scientists once thought — study
By Allison Parshall
Entertainment
20 hours ago
Fantastic Four leak allegedly reveals the shocking actor playing Doctor Doom
By Dais Johnston
Share: