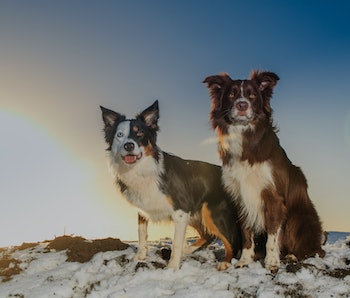 Researchers have discovered that for both dogs and humans, intelligence really ain’t nuthin’ but a “G” thang. The “G” in question, however, does not stand for gangster but for general intelligence — the G factor — a variable linking the ability to perform well on a series of cognitive tasks. While scientists have long thought that this measure applied only to human intelligence, researchers have found that it can also be assessed in dogs.

Using platters of wet dog food and tuna, scientists from the London School of Economics and the University of Edinburgh attempted to study relevance of the “G factor” in dogs, an unprecedented endeavor. In the study, published in the most recent edition of the journal Intelligence, the researchers discovered that, like humans, dogs’ cognitive abilities can be tested quickly — the dogs that solved problems quickly were also often more accurate. These findings led the researchers to theorize that the structure of cognitive abilities in dogs has much in common with our own.

The “G factor,” a broad measure of mental capacity, is a well-established factor of human intelligence but hasn’t really been studied in animals (rudimentary studies have been done on chimpanzees and mice) since the 1920s.

“The phenotypic structure of cognitive abilities in dogs is similar to that found in people; a dog that is fast and accurate at one task has a propensity to be fast and accurate at another,” the researchers write. “If all animal species with a complex nervous system show general intelligence, this would tell us that variation in intelligence is a universal property of developing brains.”

For the study, the researchers used 68 Border Collies living as farm dogs in Wales, chosen for their innate propensity and known ability to learn tasks such as herding. Each dog was administered six tasks, four of which were “detour tests,” or tasks designed to measure insight, navigation, and spatial ability. Using mazes, the researchers recorded the time dogs took to find their food reward. In the fifth test, they measured how well a dog could make a behavioral inference from a visual cue, and in the sixth, they presented dogs with two plates, each containing different portions of wet dog food mixed with tuna. Those that went for the bigger portion more quickly were considered “smarter.”

In all tests, some dogs performed better than others, implying clear differences in intelligence.

Despite this striking similarity, one of the major differences between the cognitive abilities of dogs and humans is that dogs don’t appear to be able to transfer the problem-solving skills they learn from one task to another task. If a dog has learned that it can tip over the trashcan to eat leftovers, that knowledge will not inform his ability to, say, break into a litter box and eat the cat poop.

Still the researchers assert that this study gives further understanding to what the “G factor” is and predict that general intelligence is something that is integrated across all brain and central nervous systems, perhaps across all species. Studying dogs is seemingly an essential way to figure out a piece of the puzzle that is understanding how intelligence really works.