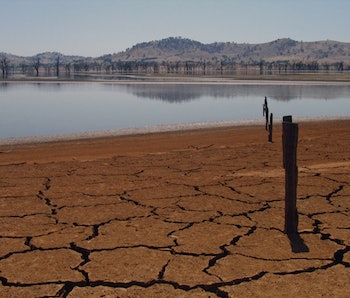 Fresh water might seem freely abundant on Earth, but for most humans there’s simply not enough. Almost two-thirds of the world’s population goes for part of the year with too little water, according to new research. The study, published Friday in Science Advances, improves on earlier work that underestimated the number of people facing severe water scarcity.

Previous research estimated that between 1.7 billion and 3.1 billion people face severe water shortages. But those studies had gaps: They considered areas on too large of a scale, or failed to consider annual variation in water availability, or underestimated the water that sustains the local ecosystems.

Proclamations that future wars will be fought over access to water, and that water is new oil, are starting to look more and more plausible. A recent report of the World Economic Forum counts water crises as the most significant source of global risk.

Half of those 4 billion people live in China and India, the authors of the new study write. But it’s not just a problem for the developing world — 130 million people in the United States have water access issues, as well, especially in California, Florida, and Texas.

“Meeting humanity’s increasing demand for freshwater and protecting ecosystems at the same time, thus maintaining blue water footprints within maximum sustainable levels per catchment, will be one of the most difficult and important challenges of this century,” the report states.

How do you deal with a planet that’s running out of fresh water? The authors argue we need better accounting of water resources, enabling governments to manage what they have. Technology will play a role, too, ensuring that we used water more efficiently in agriculture and other industries. And people will start paying attention to how water is used along supply chains. Soon, we’ll demand that our consumer goods are not only fair trade and cruelty-free, but low-water, too.