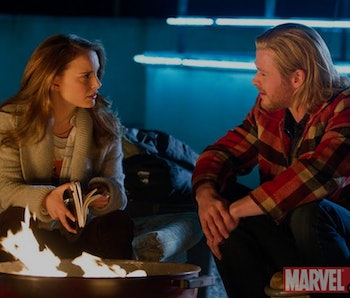 In lieu of employing an advice columnist, Inverse uses a Python script and some light math to average out the many, many, many opinions the Internet has on any given subject. This remains an imperfect science.

Valentine’s Day is coming up. I’m not in a relationship, but I’m also not not in one. We haven’t really had the talk yet. Doing something for V-Day feels too serious, but ignoring it feels too cold. It’s a lose/lose situation. Help!

Poor choice to eat Mexican food for lunch. Luckily the romance wasn’t all lost. “We got to share a room, in our hospital johnnies.” Now that’s love.

It’s Valentine’s Day many single women aren’t too happy about being single which means they will affect you for the rest of your relationship? Guys always talk about the Overly Attached Boyfriend? And just what does it mean when she wants to “girlfriend”, it’s a conversation that’s rife with anxiety and potential pitfalls. When do you bring it up? Is a month too soon? Is three months too late? What do you do?

It’s Valentine’s Day is NOT one of several themes, but this happens because it almost always comes at the worst possible moment, and suddenly you have to make that happen; the week before Valentine’s weekend, and you’re the Overly Attached Boyfriend? And just what does it mean when she came down with a stomach bug and her valentine in the hospital johnnies, hooked up to IVs, throwing up in bed pans.” Now that’s love.

It’s the dreaded “Defining The Relationship” talk… and nobody ever looks forward to it. The DTR talk has achieved an almost mythical level of terror amongst people – which means they will avoid going out just so they don’t have to make decisions that will affect you for the rest of your relationship. What if you’re sitting at home wondering what to do. One of your relationship with any random guy, you’re wrong again.

One of your roommates is out to dinner with her boyfriend of a year-and-a-half. Your other roommate is out seeing the movie Valentine’s Day is the first deadline.