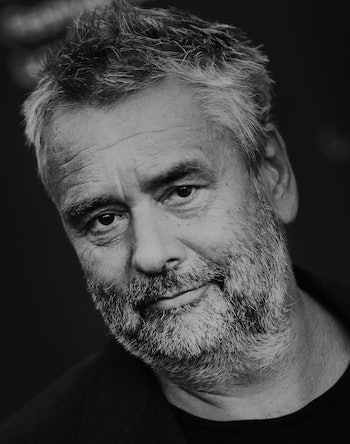 Star Wars: The Force Awakens was a commercial success, an aesthetic treat, and a boost for Star Wars fan morale. Now what? For the folks at Disney and Lucasfilm, it’s full steam ahead on more Star Wars movies. For everyone else, it’s trying to get Star Wars-esque sci-fi projects greenlit. But therein lies the problem, and it goes back to 1977 when some guy named George Lucas decided to make the most lucrative pastiche in cinema history. He borrowed heavily — shamelessly — from old serials and comics, but in so doing, redefined modern adventure cinema. He was so successful, in fact, that, today, any attempts to revive his influences now wind up looking like Star Wars imitators.

That fate befell John Carter, the bloated sci-fi adaptation whose source material was a huge influence on Star Wars, when it sank at the box office in 2012. And now it’s what French director Luc Besson faces with his dream project, Valerian and the City of a Thousand Planets. A story that clearly influenced Lucas now will have to weather the inevitable comparisons to the biggest film franchise in history.

If you’re American, you probably have no idea what Valerian even is. In France, though, Valerian is one of the best-selling comics of all time. Now, Besson is bringing a big-budget version starring Dane DeHaan, Cara Delevingne, Clive Owen, Ethan Hawke, and Rihanna to the big screen.

The original strip, which ran for nearly half a century, was a space opera created by French illustrators Pierre Christin and Jean-Claude Mézières (who was a visual designer on Besson’s The Fifth Element). It primarily involved the adventures of a hotshot time-traveling pilot Valerian (DeHaan in Besson’s movie) and his companion Laureline (Delevingne in the movie) — a medieval peasant brought to the 28th century who learns to fight alongside Valerian as a newly minted time cop.

The comic’s expansive sci-fi mythology is, as The Hollywood Reporter perfectly put it, “a major, if almost entirely unrecognized” precedent to Star Wars. The internet has enumerated the ways in which Star Wars basically ripped it off. On the surface, the Valerian character is a Han-and-Luke amalgam while Laureline is basically Princess Leia. But without getting into specifics, we can just say that many of the distinctive details in Star Wars — Chewbacca, the Millennium Falcon, Han Solo frozen in Carbonite, the Galactic Empire — have Valerian precedents that make Lucas look like a borderline plagiarist.

But, to paraphrase T.S. Eliot: immature filmmakers imitate; mature filmmakers steal, and that’s exactly what Lucas did with Star Wars, sans regrets. It’s the kind of homage-filled phenomenon that has repurposed its influences proudly. It’s an Akira Kurosawa movie in space, but with equal parts Toshirô Mifune and Flash Gordon. American audiences can finally add Valerian to the laundry list of influences, and that could be a problem.

Like Valerian itself, Besson remains a bit of a stranger to American audiences — but only barely. You’ve undoubtedly heard of The Professional or Nikita or The Fifth Element, all of which he directed. And he has written or produced some 50 films, including The Transporter and Taken. On top of that, he’s the co-founder of the hugely influential French film company EuropaCorp. With his hands in an array of filmmaking facets, Luc Besson is, for all intents and purposes, the French George Lucas. After the worldwide success of his last film, Lucy, which was his highest grossing film to date, he’s now primed to take on his biggest and most ambitious project yet with Valerian.

Besson has mined the look of the comic in his own semi-influential and somehow-always-playing-on-TV sci-fi movie The Fifth Element before, so he’s no stranger to Star Wars-type imitation. But now he’s doing the real thing, and it’s bigger than just making some big old space movie. He’s got to prove that sci-fi space epics other than Star Wars are still viable now that Lucas has given up Star Wars and The Force Awakens has taken over. Valerian is ambitious in more ways than one.

But the sad, ironic part of all this is that it may suffer the same fate as The Force Awakens did in China. The new Star Wars movie failed to truly catch on as it did everywhere else because there simply wasn’t an embedded anticipation or deep, multi-generational cultural connection to it.

With Besson’s movie set for release in 2017, it’s possible that American audiences could finally have a chance to catch up to Valerian, but it may seem as redundant as the other adaptations that Star Wars has continued to use for inspiration. There might not be any room for something new that’s actually old. Besson’s movie could prove that other classically epic space movies can work. But, if not, they’re all bound be in the shadow of Star Wars for a long time.