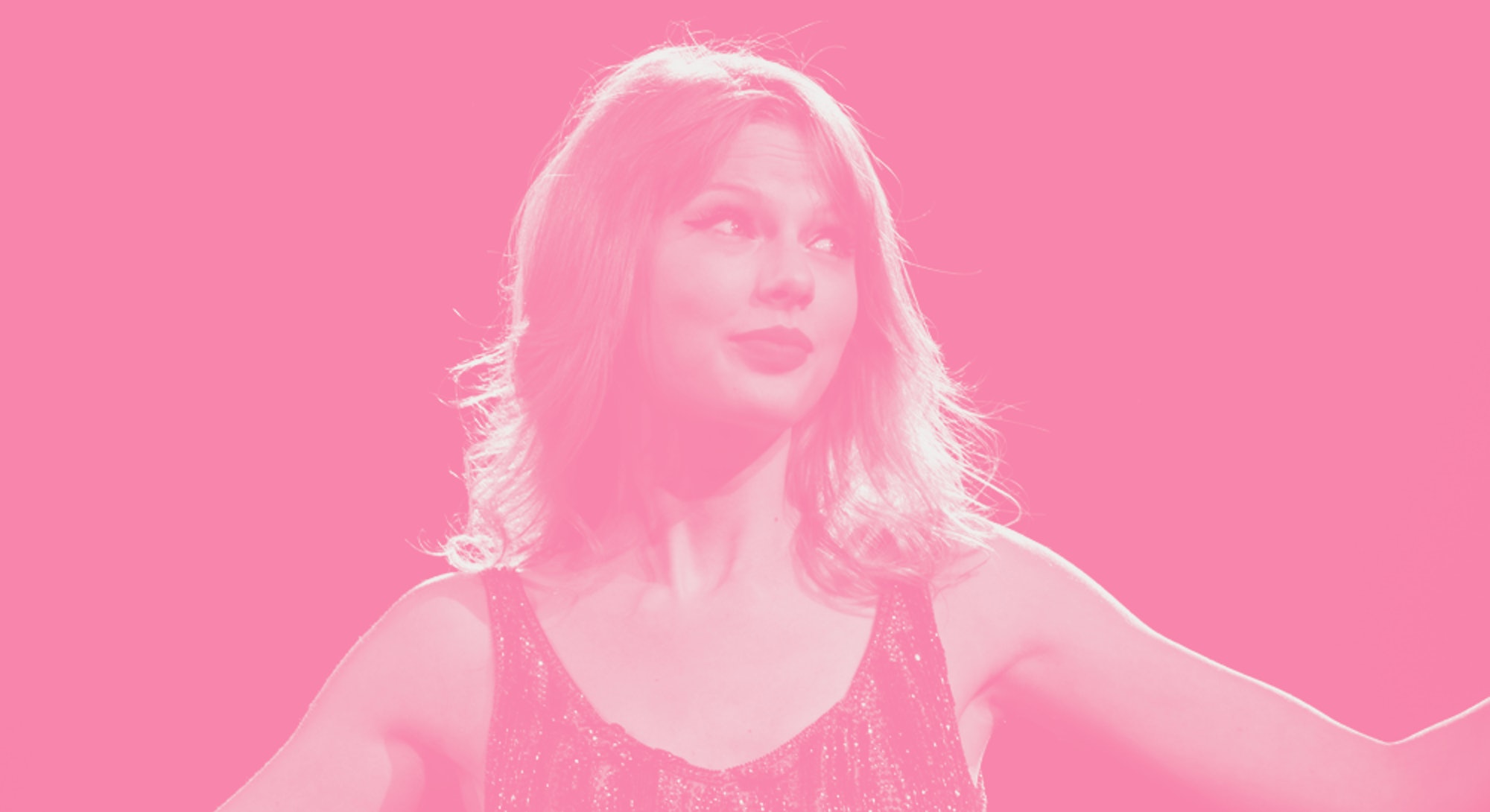 Valentine’s Day, looming on the horizon this week, is historically a pretty meh day for all involved. But it is hyper-annoying edging on loathsome for the recently single and the what exactly are we’s, living in fear — or fantasy — that an unofficial flame will shoot an aptly timed, “So what are you up to Sunday?” text. Or even worse, an 8 p.m. wine-soaked day-of Facebook message: “just was thinking of u.”

Pop culture, while engrossed in the subject, doesn’t do much in ways of providing a go-to plan with dealing with ex-lovers and present romance. There’s Peter in Forgetting Sarah Marshall and Tom of 500 Days of Summer, men who pine for their ex-girlfriends but ultimately realize those relationships ended for a reason. Then the genre takes another form — the movies that say, hey, if it’s real love, you really should be together. Harry was a jerk after sleeping with Sally but went on to realize that he didn’t want to just repair their friendship, he actually wanted to be together forever. Ben Affleck’s Neil spends the whole of He’s Just Not That Into You (yes, we’re going there) telling Jennifer Aniston’s Beth that he doesn’t want to get married — prompting a breakup and then a reconciliation after Beth decides to give up her dream of marriage — only to propose by the film’s end.

We all know these fantasies are exactly that — fantasy. But they exist because of an all too real conundrum: Should a romance stay dead after a relationship ends? Is giving it another go allowing yourself to work for your happiness or is it sentencing you to more misery?

So we turn to science which, naturally, comes with its own disclaimers. Here goes. Sometimes it’s worth it to work it out. Some marriages, particularly those with children, can truly be repaired after compromise and conversation. But most of the time, the studies show this: Step away from the ex.

In the Journal of Adolescent Research, researchers from the University of Wisconsin and Bowling Green State University describe relationships as “intimate unions” that are “best conceived of as dynamic trajectories involving a heterogeneous and multi-directional array of transitions.” That’s academic for: you don’t really have a clue what’s going to happen. In a study of 792 young adults who were dating, about half of the respondents had tried to rekindle an old relationship; a few more, 57 percent, had at least had sex with an ex.

The researchers found that, logically, unmarried young adults broke up and got back together more often than married couples. A 1988 study found that about 40 percent of married couples attempt a reconciliation after separating — and that 15 percent of those couples were still reconciled three to four years later.

The team also found that knocking boots with an ex, regardless of how over the relationship one might be, is not a good idea.

“Having sex with an ex could put young adults in a position of technically being broken up, but still emotionally connected,” reads the 2013 study. “Those who stay in contact following a breakup continue to feel the pain of the breakup more intensely and may have more difficulty moving on.”

They’re also having more unsafe sex: The researchers found that the majority of the couples who relied solely on oral contraceptives when they were monogamous, continued to rely only on those methods when they hooked up post-breakup. So essentially, they stopped using condoms and other methods to protect from STIs. But the game had definitively changed — in the sample of the 57 percent of subjects who had sex with their ex, 20 percent of them reported sleeping with other people.

In short, the subjects were at a greater risk of getting a disease and less likely to be able to move on emotionally. The main upside was that those who experienced a lot of relationship churning also experienced more self-disclosure in their relationships. Maybe the relationship sucked, but the make-up sex was comfortably filthy and the emotional intimacy was great.

Of course, the emotional and practical circumstances surrounding the split affect how post-breakup life is going to go. Men are more likely to want to get back together; women, particularly older and more educated women, are not. Married couples are more likely to stick together than couples who merely live together — the legal exit rules of divorce make splitting a bigger deal.

Javier, named-changed, and his ex-fiancee broke up before their wedding, but both were left with a lingering sense that they were still soul mates. On and off for about eight years, they would try to rekindle their relationship. It never took.

“Spoiler: The person you fall in love with at 18 will probably never overcome the kind of emotional nightmare-baggage you both threw at each other at 18, much less everything that comes after bailing on a wedding,” Javier tells Inverse. “That’s helped fill me with a slash-and-burn reaction to former relationships moving forward, and I think that’s for the best.”

As counterintuitive as it may seem, studies have found that the more amicable a breakup is, the less likely the couple is going to get back together. A 2012 study found a correlation between amicable breakups and less blame assigned to an ex-partner, less likelihood of reconciliation, and greater readiness to start dating other people. A different study, published in the journal Personal Relationships, found that partners who stay broken up tended to report more clarity in their lives than people who hook up with an ex.

“The idea is that because people aren’t making explicit commitments to the relationship, they are less likely to engage in pro-relationship behaviors, such as discussing the state of the relationship or making sacrifices for their partner,” wrote Kansas State professor Amber Vennum in a press release. When Vennum studied college-aged subjects, she found that about 40 percent of them were in a relationship with a former ex.

“When cyclical couples break up, they tend to be ambiguous about ending the relationship,” Vennum said in the release. “So it can be unclear to one or both partners if they broke up and why they broke up, which leads to them continuing the romantic relationship … the thought is that, ‘I’m not committed to you, why would I work very hard for you?’”

The quick math on Vennum’s study says there are a ton of young people in half-assed relationships with an ex-ex who might bail. But this is actually part of a longer process, and researchers have charted what happens next. Because, in fact, making a clean break is the exception, not the rule. In the Journal of Social and Personal Relationships, University of Nebraska professor Jody Koenig Kellas points out that while we’re aware of the repercussions, former lovers go through a period of what she calls the “grave dressing” — telling everyone what happened; meeting for closure coffee. Seemingly only one person in the world can help you move on, quite like that bastard you just kicked out of the house.

“Ex-partners often experience difficulty with relationship dissolution because it threatens the symbolic interdependence created during couplehood, which in turn threatens individual identity,” Kellas writes. “Ex-partners may, therefore, process some of their changing identity in conversations with each other about what went wrong.”

This conversation may tempt you to go with the well let’s stay friends route — especially if you were the one who got dumped. But research demonstrates that this isn’t the road to happiness; post break-up friends reported that their exes didn’t pay attention to the “rules of friendship.” Those “stay friends” situations mostly led to third-rate friendships as compared to platonic friends.

“I broke up with and got back together with the same guy over a period of three years,” says a woman who we’ll call Rachel. She says that each time she and her ex got back together, there was this feeling of euphoria — like they had gotten through something together.

“But inevitably the normal parts of life, the day-to-day relationship stuff, made it more obvious that we weren’t compatible,” Rachel tells Inverse. “One of us would end up doing something dramatic, and we’d argue and break up yet again, only to get on a plane or interrupt a party or show up on each other’s doorstep a couple of weeks later.

“I truly think it all comes from an almost chemical reaction of reconciliation — looking for a break from the bummed-out feelings of breaking up.”

To sum up — do your best not to be like the thousands of people who called their ex after hearing Adele’s “Hello.” More often than not, the relationship just needs to be put to rest. If Valentine’s Day has got you down, just think of it as NBA All-Star Game day instead.