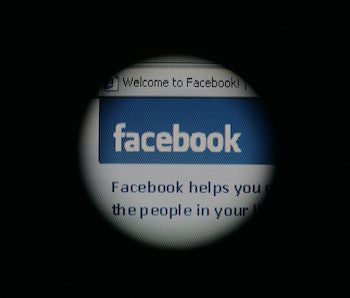 On Monday, Facebook software engineers Cheng Zhang and Si Chen announced changes to its News Feed: Posts will show up near the top of your feed if Facebook thinks both that a) you’re likely to enjoy the post and b) you’re likely to interact or engage with the post. Whereas before, it was mostly the latter factor — b).

Facebook’s News Feed has long since been tailored to you, and you in particular. Everything you like, comment upon, and share from within the feed informs what you’ll see in the weeks and months to come. You’re teaching Facebook who you are and what you like. No matter what you do, you’re communicating something. Even when you’re not interacting with posts. (When you frantically scroll past those BuzzFeed videos, you’re implying a dislike of BuzzFeed videos.) Facebook probably even knows when you’re thinking about clicking on a post, because odds are you’re thinking about it as you hover the mouse cursor on the link, photo, video, or article. And it’s long been rumored that they want even more data on you — including, and not limited to, the location of your mouse cursor.

All of this data compiling is purportedly for your benefit. Facebook claims it’s just in it for the likes: it just wants to make sure you have the next-best possible time you can have while supine in bed. (Meanwhile, the surveillance industry continues to drool.)

And in the case of this update, it’s probably true. The update combines two important metrics:

The first metric, as explained, is basically Facebook betting — based on the extensive pattern of behaviors you’ve shared with Facebook over the years — that you’ll be unable to resist the urge to like, comment upon, or share the posts they throw up top in the feed. (Empirical evidence suggests both that they’re getting a lot better at doing that and have a heck of a long way to go.)

The second metric is based on your actual feedback. Data can only take you so far: After a certain amount of time, you need to have real, human commentary. Which explains the random surveys that sometimes accost you mid-News Feed, post-action: when you hide a post, for instance, Facebook presents you with a list of options that might account for why you didn’t like the post.

It’s therefore in your interest to respond to these surveys. (Curate Your Feed — I could see a Facebook billboard proclaiming — Offer Unto Us Your Feedback.) That data, more personalizable and specific than your mindless clicking and scrolling data, will morph your News Feed into a better, cleaner place, and will ensure that BuzzFeed respects your restraining order. And your mind-numbing shall be all that much more painless!

More like this
Innovation
7.30.2022 11:00 PM
Here’s exactly how tech companies and apps conspire to track you 24/7
By Peter Krapp and The Conversation
Innovation
8.11.2022 11:00 AM
“Quantum materials” could give the human brain a run for its money, scientists say
By Nathaniel Scharping
Innovation
19 hours ago
Want to buy an EV? Here’s what you need to know about the Inflation Reduction Act
By James Morton Turner and The Conversation
Related Tags
Share: