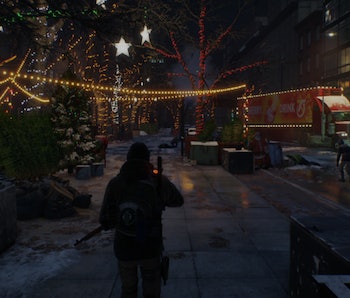 From the very beginning, the new hybrid-MMOs Bungie and Ubisoft announced were projects filled with promise and anticipation. But as time went on and Destiny kept facing content shortages and The Division kept facing delays, that hype slowly became clouded by skepticism from players looking forward to their release.

Most of that skepticism started once players cleared Destiny’s launch content — beating the game’s main story in just under eight hours and grinding the same few dungeons for weeks until the first raid. But even with the release of the raid, Destiny continued to run dry despite numerous updates and content releases. It continued the trend of repetition, loose storylines, and re-used locations until Bungie turned things around with last year’s release of The Taken King. Now, they’re working to try a new formula through free event-based DLC and micro-transactions with mixed results.

The point behind all of this is simple: As players, we didn’t see what was advertised upon release. These new MMO hybrids didn’t seem to have the amount of content they had promised, electing to push improved systems and more areas to explore through downloadable content at an additional price. As a result, we became skeptical of the new next-generation experiences developers were trying to make on the PlayStation 4 and Xbox One. And while some of us have tried to remain optimistic about The Division’s release next month, it’s obvious that worry is on our minds.

Over the past few days many people have been knee-deep in The Division’s version of post-apocalyptic New York thanks to the beta test, heading deep into the Dark Zones and exploring the first three percent or so of the games narrative through cooperative missions. It’s one hell of an experience, bringing back the excitement I felt from playing Destiny’s alpha and beta test, but this time things are different in a good way, one which will hopefully carry over to the full release in March.

Here are a few of the key areas that The Division has learned about and improved upon thanks to Destiny.

The Division Has a Story (And You Can Play It Solo)

One of the best aspects about The Division is the fact that it contains a dedicated story — one that is comprehensive, easier to follow, and a bit more focused on what matters. While we got to experience only a few missions from the main campaign throughout the beta, it was apparent that Ubisoft Massive wanted players to feel like they could experience their game as a single and multiplayer experience. I didn’t feel like I was limiting myself by playing the story solo, nor did I feel like I was missing important pieces when I was playing it with a group of other players. In each experience, the story was upfront and direct — telling you why you were doing your objective, why it was important to the overall theme behind the plot, and why you were the only one qualified to do it. In The Division you feel important as the player, not just another pawn resurrected to run through a few missions. Granted, that could change once we get our hands on full release — but here’s to hoping it keeps up the trend.

The World of The Division Feels Alive

It’s no secret that New York is one of the most iconic cities today and Ubisoft Massive took full advantage of that while mapping out the areas you’ll be playing across in the game. From Camp Hudson to the James A. Farley Post Office Building, every location feels meaningful and detailed. You’ll see soldiers running operations around your base of operations, scientists running tests on the smallpox virus behind closed doors and medical personal working to keep wounded patients alive.

Plus, each of these individuals has some sort of voiced dialogue that contributes to the overarching theme behind The Division’s main narrative. While roaming the beta test I heard stories about lost loved ones, fellow soldiers killed in rioting, and scientists complaining about their hazmat suits being too tight — which helped to keep the world around me alive. It’s an absolute joy to explore New York in The Division, and that’s something that really adds value to the game as a whole.

If The Division has anything going for it, it’s the seamless transitions between every element the game has to offer — which is something they directly improved on from Destiny’s playbook. During the beta while roaming around, every area is loaded immediately in your vicinity. This means that if you want to participate in the PvP portion of The Division, you can literally walk straight from your main base into the Dark Zones to engage other players without experiencing a single loading screen. The same goes for player bases, encampments, and the various missions the game offers. Everything is happening in real-time while you’re roaming around New York — and you’re free to pursue whatever you want without having to sit through tons of loading screens. The Division also works to keep these seamless transitions during cooperative gameplay too, allowing you to join your friends quickly through a short loading period. The point is, you’ll never be waiting to get into the game — and that’s the point. Sure, you may not be thinking about it while playing, but that’s honestly what every open-world game should aspire to do.

The Division releases on March 8 on Xbox One, PlayStation 4, and PC.