UPDATED: The Fine Brothers have taken down both of the embedded videos here and issued an apology. You can read our take on the apology here, and we’ve updated the article to explain what was included.

People are scrambling on Twitter to determine why public opinion has suddenly shifted to being so overwhelmingly negative regarding two popular YouTube creators, The Fine Brothers. Well, we have an explanation, but you aren’t going to like it.

The Fine Brothers, who have one of the biggest channels on YouTube, planned to monetize and license “reaction videos” by enabling others to make reaction videos for their channel, using a new set of tools. To prepare for that expansion, it seemed necessary to protect their claim on the word “React” with the U.S. Patent & Trademark Office last July. Boy, this filing will be tahe most viewed trademark filing in some time. It also specifies that this just means they own the idea of “react” in an entertainment context.

This is up there alongside Donald Trump trying to trademark “You’re Fired!” or Charlie Sheen trying to claim he owned the concept of “Winning.”

Except this went through.

Behold, the introduction of React World:

Note: The video has been removed, but the original announcement featured The Fine Bros being very excited to announce a new channel featuring only their reaction videos, and allowing other people to contribute.

In a statement from YouTube, Kelly Merryman (YouTube’s VP of content partnerships) tries to paint this in the least evil way possible, using some brand-jargon:

“The Fine Brothers have been innovators on YouTube since day one, so it’s no surprise that they’ve created a unique way to expand the hugely popular ‘React’ series to YouTube audiences around the globe. This is brand-building in the YouTube age — rising media companies building their brands through collaborations with creators around the world.”

Then notice the huge shift in tone with new video “Update.” Wow, that period hits hard and these dudes look a lot less chipper than in the last video.

Note: This video has been removed, but in the footage a very exasperated looking Fine Brothers attempted to explain that the internet was misunderstanding both their intentions and the basic of business operations and intellectual property in the United States. They also compare making reaction videos to starting a fast food chain, which is horrifically accurate and depressing.

This seems bad, but the update tries to show that there’s nothing evil happening here. Just, you know, some really condescending explanations of trademark systems. But watch this short video to see the truth in action: 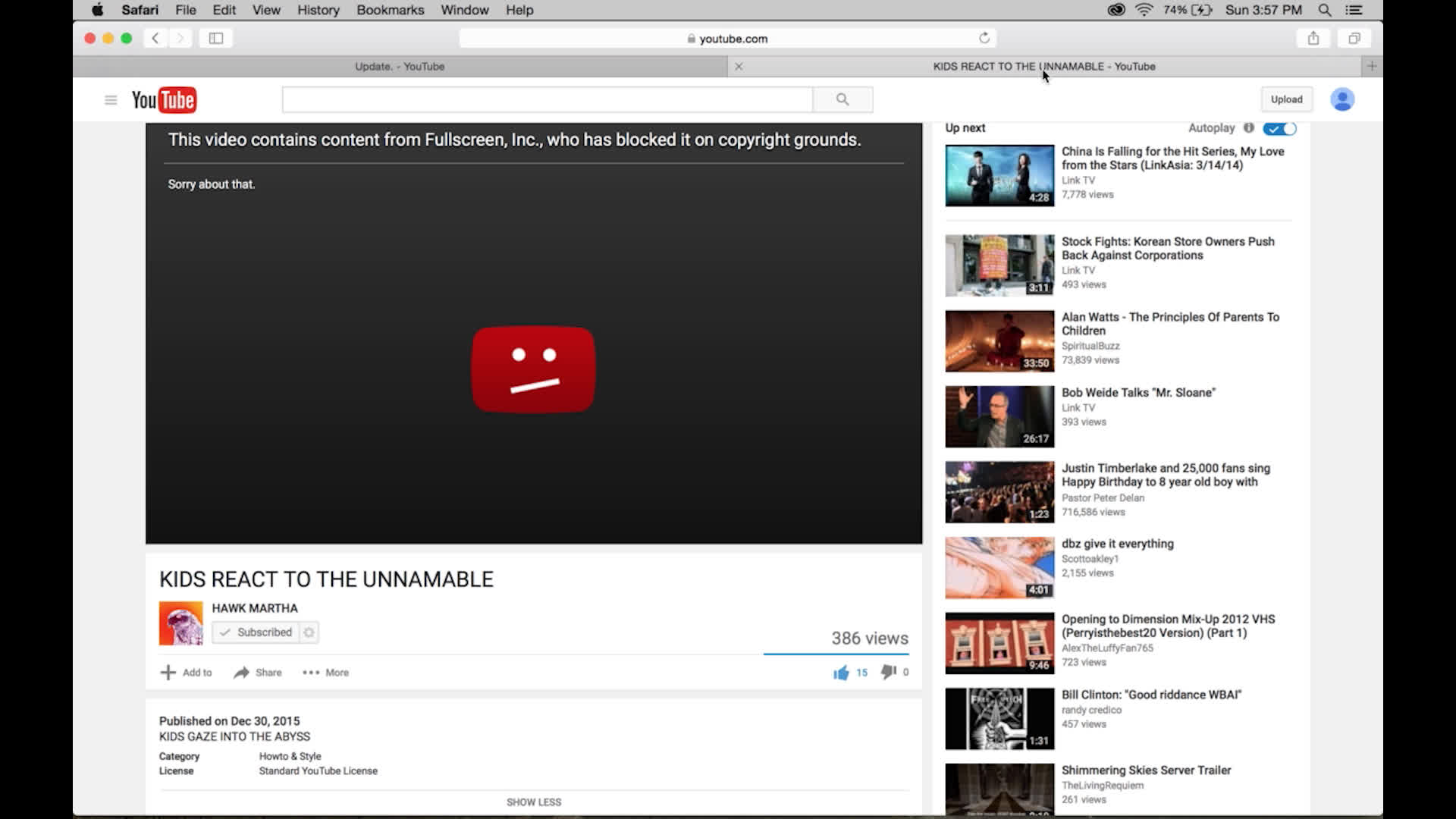 Fine Brothers Entertainment moving ahead with its Reaction video is providing a license to creators worldwide to 11 of its shows and trademarks in the franchise: “Kids React,” “Teens React,” “Elders React,” “Adults React,” “React Gaming,” “Do They Know It,” “People Vs Food,” “Lyric Breakdown,” “Try Not to Smile or Laugh,” “Opinions,” and “People Vs Technology.” Along with the license, the company will provide ongoing production guidance, creative guidelines, format bibles, graphics, and other resources to producers who wish to help them continue building this empire and hopefully, one day, owning the trademark to words like “video” or “clip”.

The team over at Mega64 has a great response.