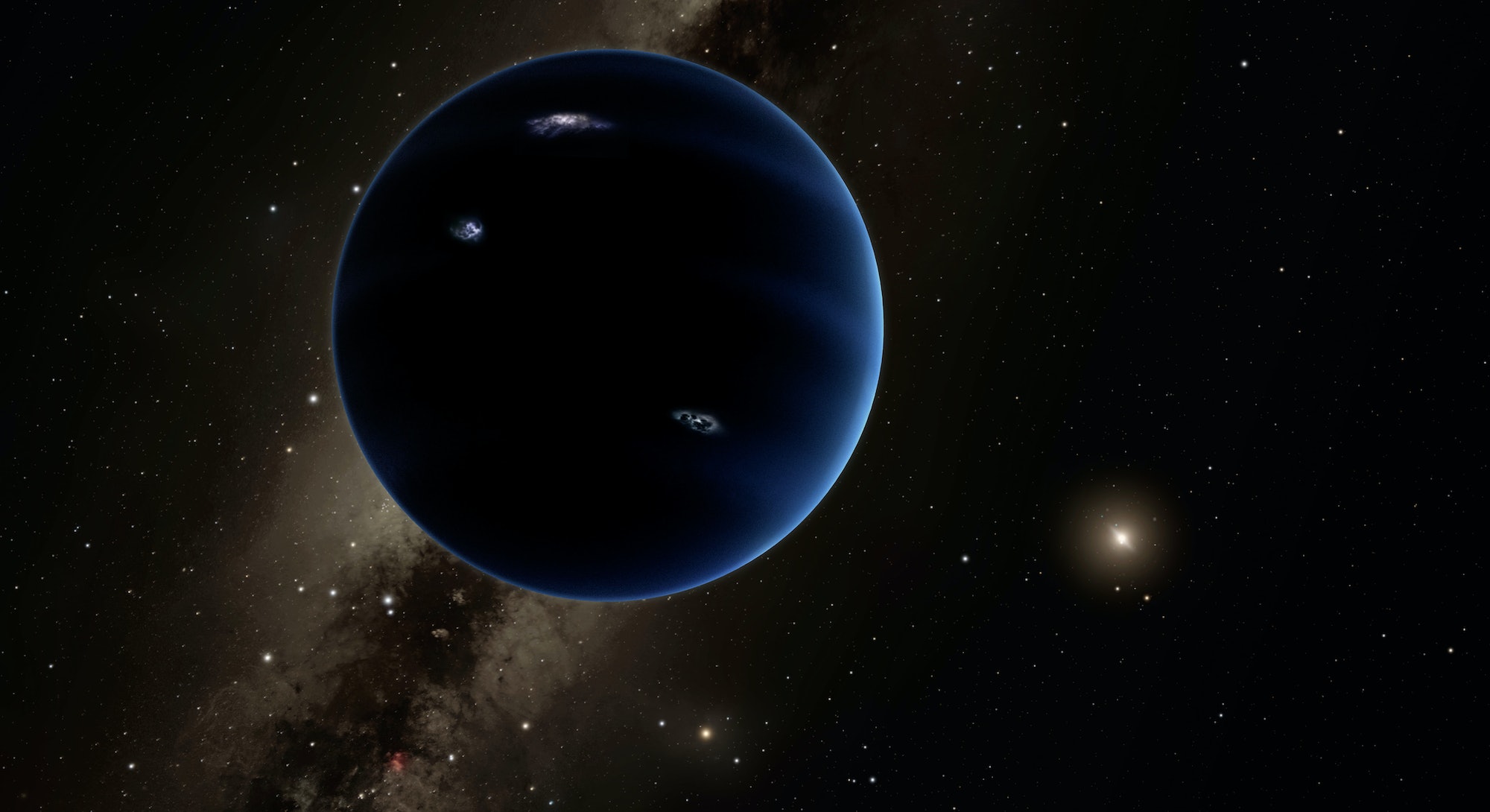 The man who killed Pluto is back in the spotlight. Caltech astronomer Mike Brown helped downgrade Pluto to a dwarf planet, a move that proved deeply unpopular with the public. Now Brown thinks he’s found Pluto’s replacement: Planet Nine.

Brown and his colleague Konstantin Batygin are calling it Planet Nine. In a study published Wednesday in The Astronomical Journal, the pair detail the results of two years’ worth of data collection and analysis of a strange, massive object lurking in the distant corners of the solar system — about 20 billion miles from the sun and 20 times farther from the sun than Neptune.

They believe they may have just found another real planet of the solar system. Planet Nine would be just the third planet discovered since ancient civilization.

And it wouldn’t be one of those dwarf planets like Eris or Pluto. No, Planet Nine seems to have a mass about 10 times that of Earth, Brown tells Inverse, which is more than large enough to qualify as a true planet.

The only problem is, Brown and Batygin haven’t actually found Planet Nine yet. No direct observations of the planet have been made so far. They have the treasure map where “X” marks the spot. But they still have to dig up the treasure chest.

The evidence that points to Planet Nine’s existence has to do with gravitational pull. According to Brown, the mostly icy objects in the Kuiper Belt (the region of the solar system behind Neptune) are pretty randomly distributed. Or at least it should be. The pair of researchers instead kept noticing that several distant objects curiously maintained elliptical orbits that kept them swinging off in the same direction in space.

Brown likens it to seeing multiple hands on a clock moving at different rates, but ending up in the same place every time. It’s as if all these objects kept veering off to 9 o’clock,” he says. “That shouldn’t be happening.”

How They Determined It Was a Planet

So they knew there must be an object causing this distortion — “a pretty massive planet,” says Brown. It took an entire year of observing these orbital movements for Brown and Batygin just to understand the data, and Brown was initially skeptical about what they were seeing.

It took another year of careful analysis and computer simulations for the pair to finally conclude that a planet is the reason for these peculiar movements.

And what kind of planet would that be? Brown speculates it’s a gas body similar to Uranus and Neptune. In fact, Planet Nine was probably born in the same area that Neptune and Uranus were when the solar system first started coming together very early on, and was most likely soon ejected to outskirts of town — maybe because it got too close to a bigger giant like Jupiter or Saturn. That’s not an uncommon occurrence — when all of the gas and dust in infant star systems finally coalesce into planets, moons, and other objects, they compete for housing space where they can complete their orbits in peace. Planet Nine’s forced migration is standard business. Kind of a shame it takes 10,000 to 20,000 years for it to complete its orbit.

Indeed, although Planet Nine is thought to be fairly large, its great distance from the neighborhood means any effects it has on the other true planets of the solar system are very tiny,” Brown says.

When Will We See Planet Nine?

The next step is to actually observe Planet Nine. Brown and Batygin are looking for it themselves, but they’re also encouraging others to look as well. Finding Planet Nine would go a long ways toward helping us understand how star systems with sun-like host stars form. Though Planet Nine seems like such a strange anomaly for us, its existence actually makes us more similar to other planetary systems. A sun-like star system — with a habitable planet like Earth — may not be so unique after all.

Looks like the race to find Planet Nine starts now.