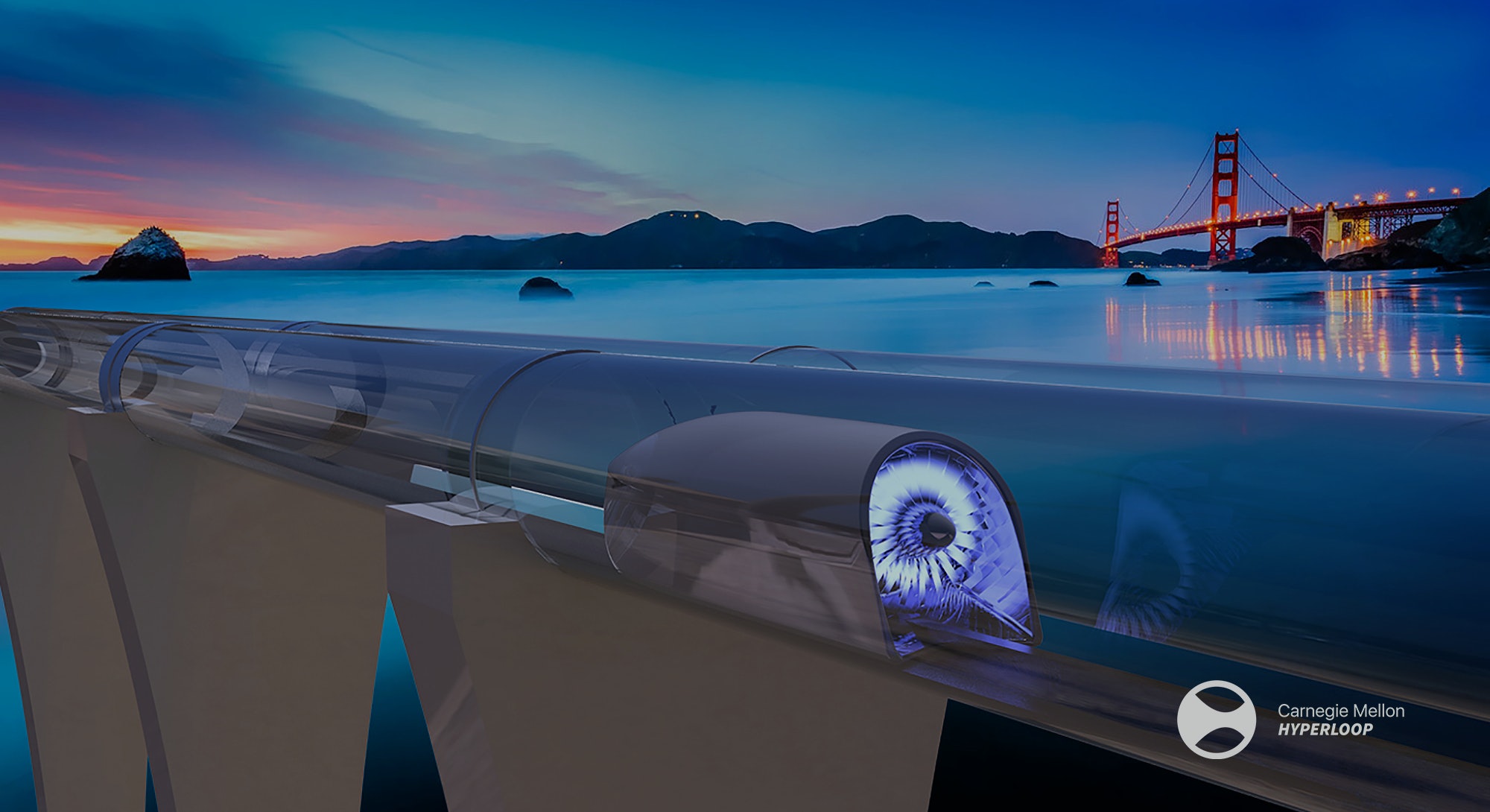 At this point, trying to tell people Hyperloop is a big deal is basically the equivalent of beating a dead horse. It’s a pneumatic (read: extremely low pressure) tube train designed to shuttle people back and forth at over 700 mph. It’s a big deal, okay? And it’s really happening, now that one company is set to break ground on the construction of a five-mile test track this year.

The hype has only been building since Elon Musk announced he and SpaceX were launching a Hyperloop design competition to take place in the summer of 2016. The goal is simple: Design and build a human-scale Hyperloop pod, and run it down a one-mile test track being built by SpaceX in Hawthorne, California.

The company already revealed the 125 finalist teams from around the world that will convene at Texas A&M University January 29-30 and show off their designs at the first stage of the competition.

Among those teams is one comprised of students at Carnegie Mellon University in Pittsburgh. The team is hot off completing a successful crowdfunding campaign that raised over $10,000. That’s not even counting all the money the group has accrued by other means.

That’ll come in handy if the team is selected for a spot in the top 10 to test its pod at the competition’s finale in the summer. But does the tech stand up well enough?

And that’s maybe one of the big differences that separates the CMU t10 from its competition (like the team at the University of California, Irvine): The CMU team “works like a small business,” says Laine Mallet, an MBA candidate and a member of the CMU Hyperloop team. “We’ve been the most successful team” from a funding standpoint, she says — in no small part due to the fact that the 60-member team is not just all engineers and scientists, but also includes students from the business school, who have more experience and savvy in getting out and talking to potential donors.”

That’ll come in handy if the team is selected for a spot in the top 10 to test its pod at the competition’s finale in the summer. But does the tech stand up well enough?

Anshuman Kumar, the team project manager and a student in the Master of Integrated Innovation for Products & Services program, thinks so. The design, he admits, doesn’t stray too far from what Musk had outlined in his initial whitepaper. “It’s more or less the same system,” working based on pneumatic movement. There’s been several modifications to address safety issues and improve aerodynamics for the pod. One such improvement: the capability of shifting air flow from out the back of the pod to underneath, to allow for levitation.

Perhaps the biggest feature, Kumar says, is that the team is relying on using compressed air to provide for three major components: safety, thirst reversion (i.e. braking), and propulsion. Magnets are also being used to augment propulsion and breaking, and help increase lateral stability for the pod. And the team has also constructed its own air bearings for its pod, rather than relying on standard Arx Pax engines.

The idea is to ensure that the whole thing can be scalable for use in a real, commercially-designed Hyperloop system.

There are, of course, a lot of unknowns — since something like this has never before been tested at high velocities. Nevertheless, the team isn’t sweating one bit. “We’re pretty confident in our design” says Mallet. Chances are good we’ll get to see Hyperloop CMU show off what their hard work has amounted to when the summer test finally takes place.