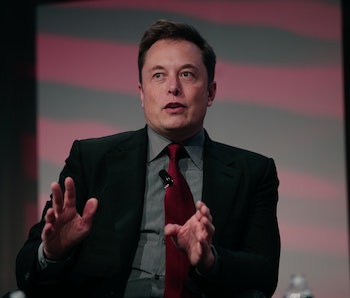 Back in November, SpaceX revealed it received 125 submissions for its design competition for the Hyperloop — Elon Musk’s pneumatic tube train that will shuttle humans at 700 mph.

Today, SpaceX revealed the official number of students involved in the competition and more than 1,000 students from all over the world are primed to unveil their Hyperloop pod prototypes at the contest’s first stage, held at Texas A&M University January 29-30, 2016.

The teams comprise a very international group of aspiring innovators from 20 different countries and 100 universities.

While their designs should vary markedly, some of the groups are experimenting with technology that’s quite similar to how hoverboards work.

Hyperloop was born from Elon Musk’s idea of a rapid transit system based on air pressure and conduction, meant to shuttle passengers from Los Angeles to San Francisco in 30 minutes. It’s supposed to be a lot cheaper than the eventual high-speed bullet train bound to navigate California, although some engineers have questioned Hyperloop’s viability.

In a reasonably hypothetical future, Hyperloop could look like something this, if viewed in Kansas, maybe:

Although his aerospace company is sponsoring the student design contest, Musk is very much removed from the process, offering pretty much only the Hyperloop’s origin story.

Meanwhile, the first ever Hyperloop tests are set to take place in North Las Vegas early next year.

The January passenger pod competition at Texas A&M is the first leg in a multi-step process, and various judges representing Elon Musk’s flagship companies — Tesla and SpaceX — will determine which teams make the next round, where they’ll test their pods on a test track outside SpaceX’s Los Angeles headquarters next summer.

The teams, according to Texas A&M, are as follows: