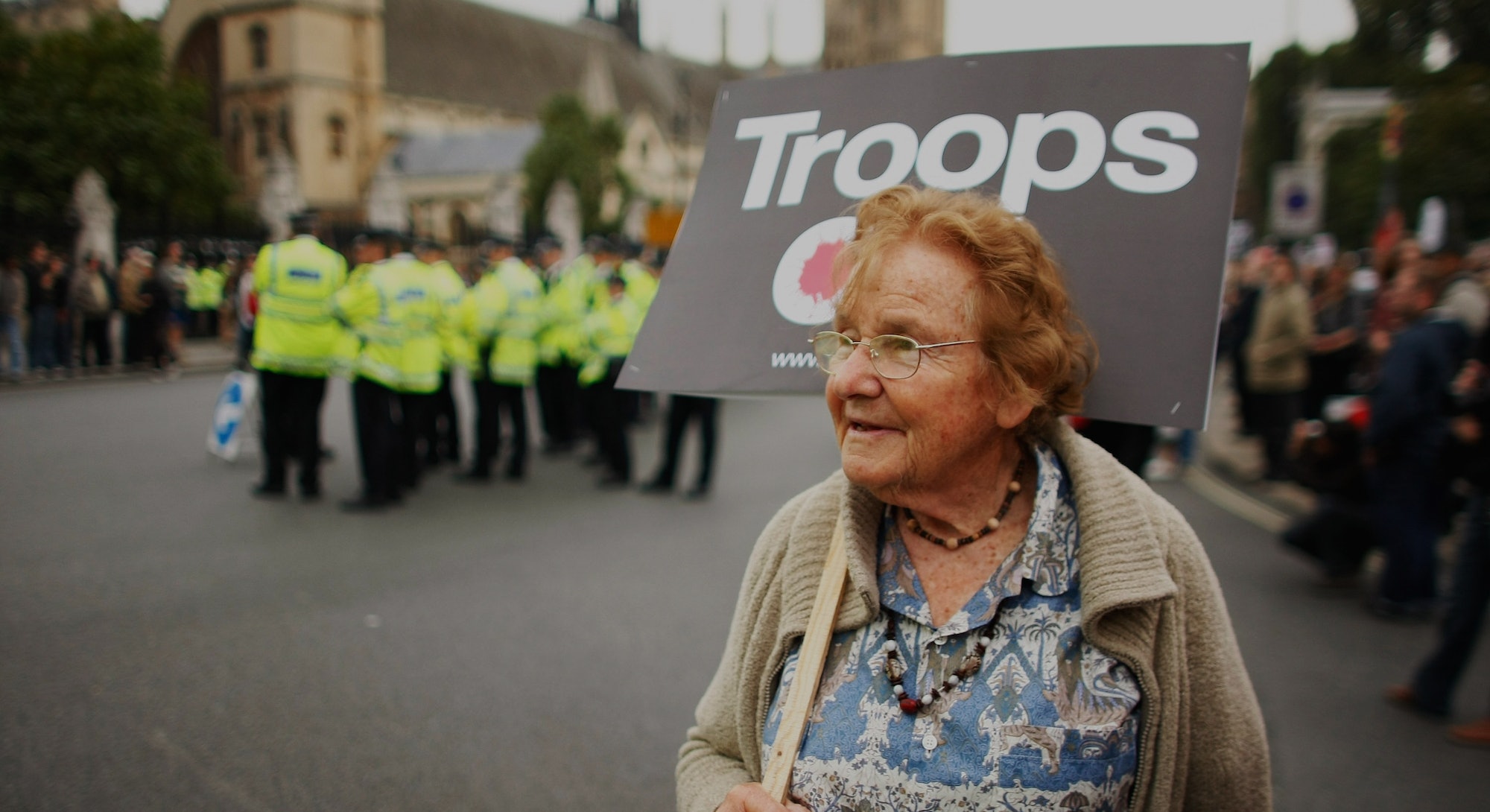 Retirement is on the mind of baby boomers: Since 2011 an estimated 10,000 boomers have turned 65 each day. Now the question is whether the generation that kickstarted the social movements of the 1960s and 1970s will retire to Arnold Palmers and Jeopardy! reruns or purpose their newfound free time to join activist causes. Boomers are known to talk the talk of idealism, but their actual participation in activist movements has been anemic compared with the potential their massive numbers could mean.

Of course, sheer numbers is no guarantee of energy or even of willpower. But it takes only a small fraction of a huge cohort to make a difference. “Given the low level of activism at midlife, questions can be raised about any predicted upsurge in activism as the boomers move into old age,” writes Boston College professor John Williamson in the journal Generations. “However, there are reasons to believe that there may be at least some increase in the level of senior activism with the aging of the boomers. Even if there were no increase in the proportion of the elderly population politically active, there would be reason to expect an increase in the amount of activism on demographic grounds alone.”

The size of the boomer generation is really where their power as a generational force lies — by 2020, for the first time in U.S. history, more Americans will be above 65 than 5 or under, according to Pearson. Their numbers have shaped Congress for the past two decades and will continue to do so for at least another 10 years: Boomers currently compose 63 percent of the House and 62 percent of the Senate.

Described as “idealist” by generational analysts, baby boomers are categorized as a generation that “uncompromisingly adheres to their deeply held principles all their lives.” This makes for a gridlocked Congress — but could be the characterization that could make for a legion of passionate activists.

Jeri Shepherd of Greeley, Colorado says that most of the people she sees being politically active are either the really young, or the people her age or older. Greeley, 57, retired from public defense in 2010. While she works occasionally now at her own practice, Greeley has found that not working full time has freed her up for political activism.

“I started getting involved in party politics in 2004, so knowing that I would have time to work on campaigns was certainly a factor in the timing of my decision to retire,” Greeley tells Inverse.

The central point of Greeley’s activism is the Bernie Sanders campaign. She has volunteered at Sanders events and is involved in canvas launches. In September her birthday party doubled as a fundraising event — Sanders and Greeley happen to share the same birth date.

“I’ve met some extraordinary people through volunteering — part of what is fun about getting involved in campaigns is getting meet so many people from different generations,” Greeley says. “As a whole, volunteers tend to be younger or older, because who else has the time to do it? If you’re trying to volunteering while working with a full-time job, you’re not going to have a lot of time to campaign and what not — you’re going to be busy with your family, especially if you have small children at home.”

Greeley’s passion notwithstanding, boomer generation activism won’t be predictably left or right. The generation is politically polarized, in part because boomers are “the first U.S. generation to experience a mixture of national pride and cynicism about the role of their country to the world.” The exit polling for boomers showed a narrower margin between parties than any other generation in the 2004, 2008, and 2012 presidential elections.

The youngest boomers (those born between 1962 and 1964) and the oldest boomers (born 1946 to 1947), who came of age at either the height of the Vietnam War or the hippie era, tend to lean the most Democratic. The in-between boomers, born 1950 to 1953, are usually more Reagan-friendly Republican. But they’re all liable to swap parties on you.

“Predicting the politics of the highly important baby boom generation over the next decade as the group moves into its senior years is highly speculative,” reads a 2014 Gallup report. “Baby boomers, holding the distinction of the largest generation in the U.S. population, will continue to exert disproportionate influence over the U.S. political process for at least the next 25 years.”

Case in point: On the opposite side of the spectrum of Greeley and her fellow Sanders volunteers is the Tea Party, which, writes Jim Spence and Curtis Ellis in the Los Angeles Times is “a harbinger of midlife crisis, not political crisis.” Mostly white and male, as of 2010, 46 percent of Tea Party members were between the ages of 46 and 64.

“For men of a certain age, it [the Tea Party] offers a counterculture experience familiar from adolescence — underground radio, esoteric tracts, consciousness-raising teach-ins, and rallies replete with extroverted behavior to shock the squares,” write Spence and Ellis. “But the (often-overlooked) truth about the ‘60s is that the great accomplishments we associate with that era — civil rights, putting a man on the moon — were made not by boomers but by the generation born before World War II.”

In a report on the older members of the nonprofit sector, baby boomers reported that the felt anxious about their future — how would they stay relevant once they retired; how would they be able to contribute to progressive social change? They said they liked the energy of young activists, but essentially didn’t trust their commitment levels to get the job done — a point of irony as studies as historians have pointed out that the baby boomers who protested the Vietnam War in the 1960s were noticeably absent in the voices against the Iraq War.

Activism in their retired years seems to be a natural solution for baby boomers who want to stay relevant. Apathy may have inflicted the generation, but their sheer mass means that a great number of foot soldiers for whatever cause they choose to champion. What will motivate them? Greeley’s opinion, that a cause supported by intergenerational activists is more likely to succeed, would be a start. After all, while millennials missed out on contributing to the social movements of civil rights titans like Dr. Martin Luther King, Jr., they may actually be better activists.

“It’s a lot easier for people to understand a generation is active if they see one million people marching in the streets,” writes David Burstein in Mic. “But a million people marching in the street isn’t as effective in producing change as it was 50 years ago.” Boomers have become the ruling generation, the status quo. Concomitantly, they may be complacent. If they need to find the spark to get moving, they should just ask their kids.