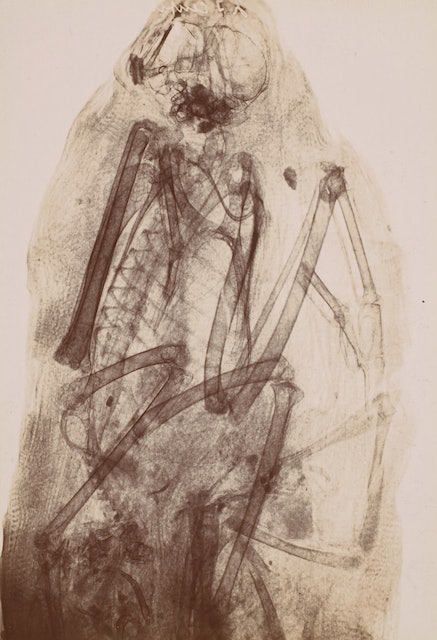 We can't know what life truly looked like thousands of years ago, but ancient civilizations have left us with tantalizing clues — some of them grislier than others. Among the most infamous are the ancient Egyptians, who left behind tens of millions of mummified animals, many of them perfectly preserved over time.

In some instances, the animal mummies appear to have been pets, buried alongside their owners. But archaeologists believe most of the mummified birds, reptiles, and mammals served a more immediate purpose for the dead: They were buried to provide the deceased with food in the afterlife.

Answering the question of why animal mummies were so ubiquitous among the ancient Egyptians is important, but where, exactly, did all of these sacrificial animals come from? Were these animals raised by the Egyptians, or captured from the wild?

A new, molecular analysis of bird mummy samples hints at an answer. Despite being all the rage, the unfortunate avians appear to have been wild — and that means they had to be hunted.

The findings were published Tuesday in the journal Scientific Reports.

Final flight paths —Taking a forensic approach, the researchers behind the new study analyzed feather and bone fragments of 20 mummies of ibis and birds of prey which belong to a museum collection in Lyon, France.

The team compared the chemical composition of the samples with that of human samples from the same time period. The key, the researchers hypothesized, is to look at the animals' diet. Ibis and birds of prey both migrate in the wild. But if the animals were bred by the Egyptians, their diet would have been largely homogenous, with food coming from local sources — the product of human influence.

But isotopes of carbon, oxygen, nitrogen, sulfur, and strontium in the mummies told a different story: They were highly variable, with some signatures suggesting food sources from outside the Nile Valley.

In other words, the birds were likely wild. Unlike cats, which likely were bred by ancient Egyptians (and also mummified), the birds were "wild animals hunted for religious practice," the researchers conclude.

That means the ancient Egyptians may have hunted and killed tens of millions of birds to help see the dead through the afterlife.

Unwrapping the past — Studying fragmented fauna helps to reveal insights about the ancient practices surrounding the approximately 70 million animal mummies that have been discovered.

Those include not only how the animals were raised or captured, but how they were killed, too.

The snake, a juvenile which was preserved coiled up, had bone fractures suggesting it was killed by a whipping motion. Its mouth may have been opened during mummification, the remains hint. Meanwhile the cat, a kitten, was likely strangled before mummification, researchers determined.

Both studies are examples of how mummified animals can help to inform our ideas of life and death well before modern times, offering a unique window on our ancestors.

Abstract: Millions of mummified birds serving for religious purpose have been discovered from archeological sites along the Nile Valley of Egypt, in majority ibises. Whether these birds were industrially raised or massively hunted is a matter of heavy debate as it would have a significant impact on the economy related to their supply and cult, and if hunted it would have represented an ecological burden on the birds populations. Here we have measured and analysed the stable oxygen, carbon and radiogenic strontium isotope compositions as well as calcium and barium content of bones along with the stable carbon, nitrogen and sulfur isotope composition of feathers from 20 mummified ibises and birds of prey recovered from various archeological sites of Ancient Egypt. If these migratory birds were locally bred, their stable oxygen, radiogenic strontium and stable sulfur isotopic compositions would be similar to that of coexisting Egyptians, and their stable carbon, nitrogen and oxygen isotope variance would be close, or lower than that of Egyptians. On one hand, isotopic values show that ibises ingested food from the Nile valley but with a higher isotopic scattering than observed for the diet of ancient Egyptians. On the other hand, birds of prey have exotic isotopic values compatible with their migratory behaviour. We therefore propose that most mummified ibises and all the birds of prey analysed here were wild animals hunted for religious practice.