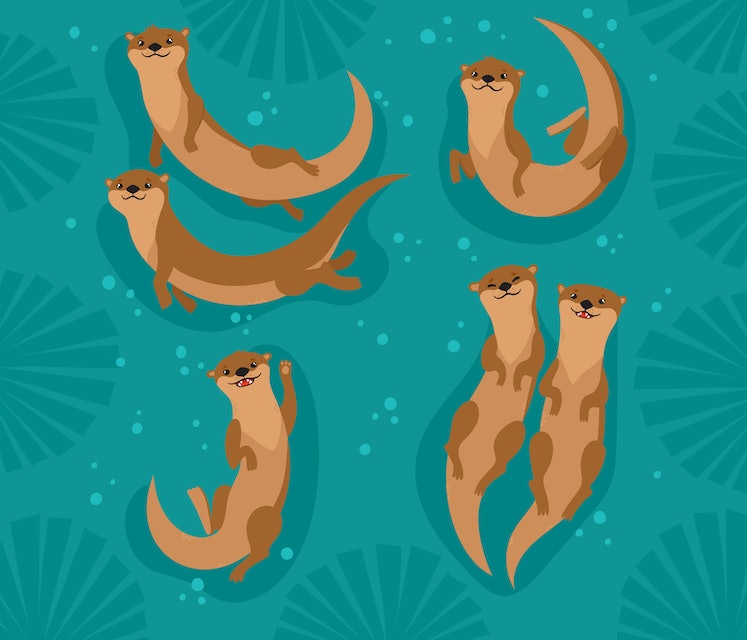 Just as the trees support life on land, kelp forests are vital to the ocean ecosystem. But both spheres of the Earth are suffering from deforestation.

Take the kelp forest of the Aleutian Islands, which lie off the coast of Alaska. In the water surrounding those islands, red algae plays a critical role. It leaves behind a calcified skeleton that becomes a limestone reef. Reefs are key to protecting the ocean ecosystem from acidification. But they have an insatiable nemesis, which appears hellbent on destroying both the kelp forests, and the reefs.

These terrors are sea urchins, which grind down the reefs to access algae when they run out of kelp to eat.

A couple of notches up on the food chain, there is a beloved mammal working to keep the sea urchins in check. Sea otters eat sea urchins, helping to keep their numbers down so ocean plants can thrive. That delicate balance is in danger.

New research describes what happens when sea otters aren't around in enough numbers to control the sea urchin population. Otter populations are declining, and there are a few theories as to why; many of them — fishing, pollution, boat accidents — implicate humans.

In the study, published on Thursday in the journal Science, the researchers detail how the combination of climate change and otter loss can be fatal to ecosystems in the Aleutian Islands.

Ultimately, the researchers link decreasing numbers of otters to over-grazing of kelp. This sets in motion a vicious cycle. As kelp forests to decline, reefs are depleted by rampant sea urchins.

By studying urchin bite scars on reefs left between 2014 and 2017, researchers discovered urchins are able to bite deeper into reefs weakened by climate change. In one bite, the urchins can shave off seven years of algal growth. Over the three year period, six Aleutian islands lost an average of 24 percent of their calcified reef. Some areas lost as much as 64 percent.

The researchers also studied how deadly sea urchins are to reefs based on the temperature and acidity of seawater. They found that current conditions have increased fatal grazing by 35 to 60 percent.

The North Pacific region depends on algae that lives a long time and calcifies — and it's especially crucial as the ocean warms and becomes more acidic. As otters disappear, urchins are free to over-eat algae, and multiply. The Aleutian sea otter went functionally extinct in the 1990s, leading to a sea urchin explosion.

Cute, but deadly — Sea otters fill an important ecological role because of their predatory skills — namely, the ability to polish off sea urchins before they can devour all the kelp.

A video posted by Vancouver Aquarium shows how the otter uses its sharp teeth to crack open spiky urchins and devour their insides. (The otter then takes down a crab, leg by leg, in a good reminder that sea otters are both incredibly cute and extremely savage.)

Without these playful predators, the ocean is in trouble. Otters are "keystone predators" because of their rippling effect throughout their ecosystem.

But otters are prone to getting caught in fishing gear, hit by boats, and affected by oil spills — all human-caused events. To keep otters safe in their protective roles, advocates point to ending the human activities that put them in danger.

As Alaska faces the affects of intense climate change, otters are unlikely environmental protectors, helping to keep their surroundings stable even as the ocean undergoes massive changes. Lead study author Douglas Rasher, a senior research scientist at Bigelow Laboratory for Ocean Sciences, says the findings could point to future ways to avoid the worst effects of climate change.

"This is exciting because it suggests that resource managers have opportunities to manage large predators in ways that can help slow the rate with which climate change is deteriorating our natural ecosystems," Rasher said in a statement.

"In the case of Aleutian kelp forests, restoring sea otter populations would bring many ecological benefits, and would also buy us time to get our act together on curbing carbon emissions, before this foundational reef builder is lost."

Abstract: Predator loss and climate change are hallmarks of the Anthropocene yet their interactive effects are largely unknown. Here, we show that massive calcareous reefs, built slowly by the alga Clathromorphum nereostratum over centuries to millennia, are now declining because of the emerging interplay between these two processes. Such reefs, the structural base of Aleutian kelp forests, are rapidly eroding because of overgrazing by herbivores. Historical reconstructions and experiments reveal that overgrazing was initiated by the loss of sea otters, Enhydra lutris (which gave rise to herbivores capable of causing bioerosion), and then accelerated with ocean warming and acidification (which increased per capita lethal grazing by 34 to 60% compared with preindustrial times). Thus, keystone predators can mediate the ways in which climate effects emerge in nature and the pace with which they alter ecosystems.