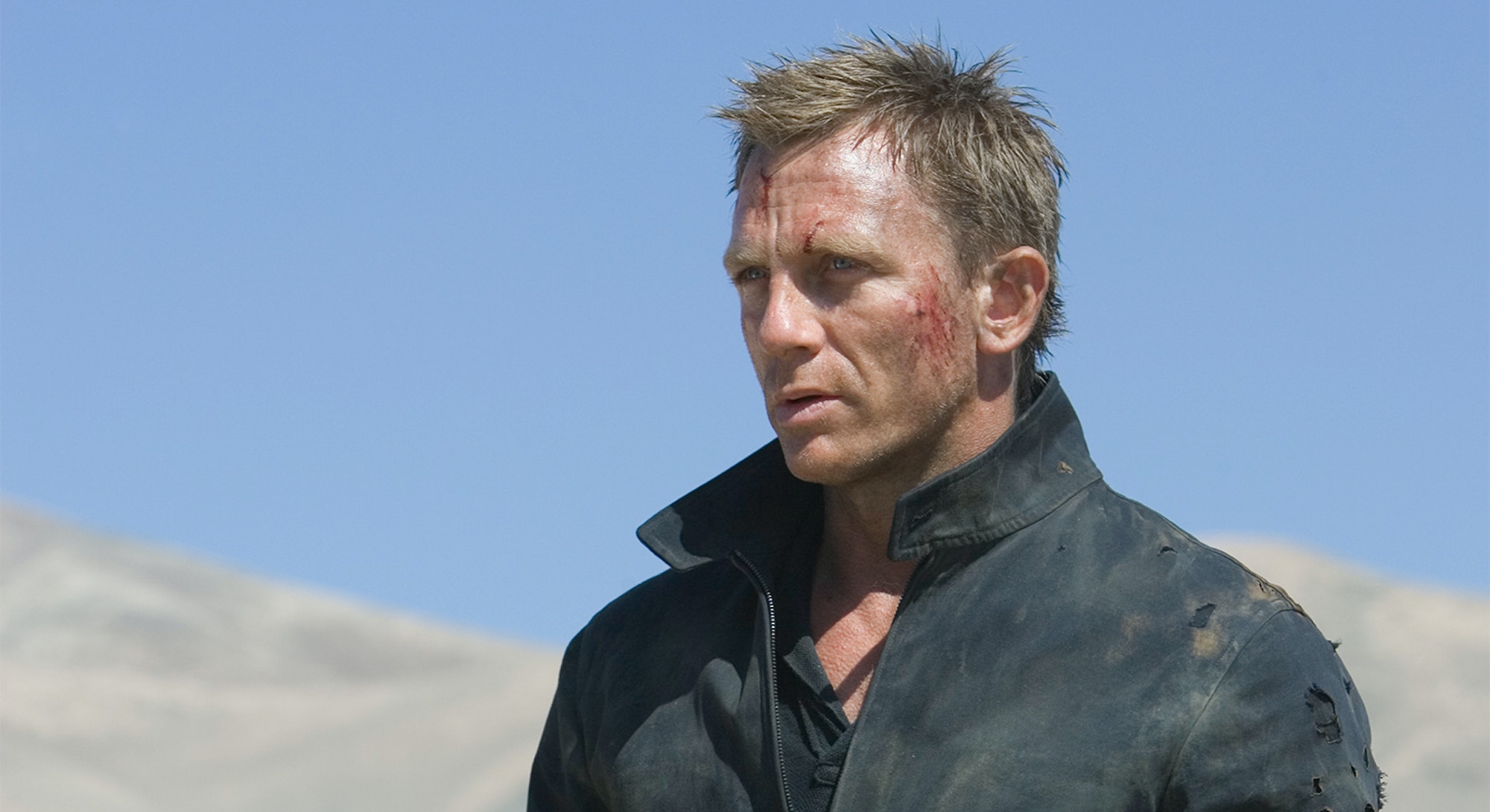 In the parched Bolivian desert, an angry crowd stands near an empty well clamoring for water. There’s a glimpse of trickle — and then there is none at all.

You might think this is live footage of an environmental disaster if it weren’t for James Bond (Daniel Craig) and his partner in espionage, Camille Montes (Olga Kurylenko) curiously looking at the scene from afar.

In Quantum of Solace, Craig’s second film in the Bond canon, businessman-villain Dominic Greene (Mathieu Amalric) is not after oil or diamonds. Instead, Greene is conspiring with coup-craving General Medrano in exchange for one simple gift: Bolivia’s water.

“As of this moment, my organization owns more than 60 percent of Bolivia’s water supply,” Greene says, sneering in Medrano’s face. “This contract states that your new government will use us as a utility provider.”

The trailer for Quantum of Solace.

In Quantum of Solace, water is a scarce commodity at risk of being swallowed down by big business. The same is true in the real world: billions of people do not have access to consistent water, leaving them open to exploitation by private actors like Nestle.

“Water will really be the next huge problem humanity’s going to face,” director Marc Forster said at the time of the movie’s release.

13 years after Quantum of Solace premiered to tepid reviews, the climate crisis has exacerbated droughts and made the possibility of water wars like those in this underrated Bond film far more likely. However, experts so it’s not too late to preserve the world’s most essential resource, without leaving anyone behind.

Drought leads to water shortages in arid climates in the U.S. and around the world.

The climate crisis is increasing the severity and length of droughts, largely due to a warming atmosphere that increases evaporation during droughts, Wang explains.

This is especially true in the American West, which relies heavily on snowfall from the mountains for its drinking water.

“What happens with climate change is that there's less precipitation in most of the western mountains,” Robert Glennon tells Inverse. Glennon is a Regents Professor at the University of Arizona College of Law and author of Unquenchable: America's Water Crisis and What To Do About It.

Droughts can also mean we have less groundwater in reserve to draw upon for our drinking supply, especially in rural areas that rely heavily on groundwater, Debra Perrone tells Inverse. Peronne is a co-author on a recent groundwater study and assistant professor of environmental studies at the University of California, Santa Barbara.

Scott Jasechko, the lead author on that groundwater study and an assistant professor of water resources at the University of California, Santa Barbara, elaborates: There are numerous places where wells are already running dry, such as parts of California’s southern Central Valley.

“For some, the problem of wells running dry is here and now,” he tells Inverse.

However, Perrone says there's an opportunity to prepare for future water shortages. But this chance necessitates the U.S. improving its data collection on droughts and water usage.

“There is an opportunity to use policy to standardize data,” Perrone says. “That is, creating a nation-wide standard that requires jurisdictions to collect important data and to collect it systematically.”

Water wars in the age of climate crisis

A coup over water might seem like an odd choice of conflict for a Bond movie, but it’s actually rooted in a real-life “water war” that occurred in Bolivia when citizens protested over spiking water prices in 2000. The protests were, in part, a reaction to a multinational consortium of private investors who had legally taken control of the country’s water supply.

“Water is an element of foreign policy,” Glennon says, citing the example of China, which claims a strategic interest in maintaining its — highly disputed — control over Tibet partly due to its water supply.

But we don’t need to travel to Bolivia or Tibet to imagine water wars. It’s easy to picture a Bond-style showdown occurring in the U.S. over the Colorado River — which supplies water to 40 million people in major metropolitan areas.

“If a similar situation [to Quantum of Solace] occurred in the U.S. — say a terrorist is cutting water from the Colorado River before it flows out of Utah — then Las Vegas and San Diego would face complete shutdown and the two great cities will have to pay ransom to get their lives back,” Wang says.

In fact, we’ve already fought over the rights to water here in the U.S. The Supreme Court heard four cases in the last term regarding states feuding over water rights.

The Colorado River is a constant source of interstate conflict since it flows between seven U.S. states. Even Mexico lays claim to the disputed river, which is cut off by a dam at the U.S. border.

“To put it very simply: there are more water rights than there is water,” Glennon says.

How we can solve the water crisis

When headlines are constantly blaring news of megadroughts, it may feel like there’s no end in sight to the water crisis.

Indeed, there’s no single silver bullet that will save us from collective doom. Instead, we need a host of actions to alleviate the groundwater crisis, Perrone says, including creating more efficient and equitable water markets and using technology and behavioral changes to reduce water consumption.

When it comes to reducing individual water consumption, the steps we take don’t need to be drastic. Even simple measures, like throwing waste in the trash or compost instead of using your food disposal, can save 200 gallons a month, Glennon says.

“We're not going to run out of water if we take the appropriate steps to respond,” Glennon says.

“There are more water rights than there is water.”

However, Wang is a little more skeptical. “Conserving water is a passive measure and it can only save so much,” he says.

Instead, Wang advocates for modernizing water rights to ensure greater water access for all and using technology to build underground reservoirs and possibly even modify the weather — a disputed practice known as cloud-seeding — to increase rainfall.

Through some combination of these solutions, perhaps we can avoid a future as bleak as the one suggested in Quantum of Solace — a future where the well is perpetually running dry.

Quantum of Solace is streaming on Netflix now.