Ingenuity: Hear the first sound of a helicopter on Mars

“This recording will be a gold mine” 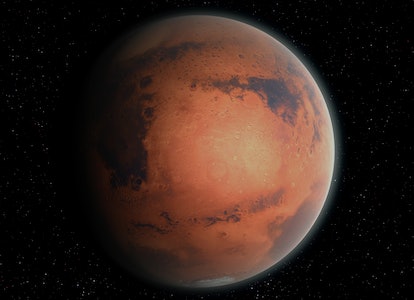 In new milestones for autonomous flight and space exploration, NASA scientists captured audio from the Ingenuity Mars helicopter for the first time and sent Ingenuity on its fifth flight, scheduled for at 3:26 p.m. Eastern on Friday, May 7.

Essentially, we now know what a helicopter sounds like on Mars.

If all goes according to plan, the fifth flight will have the drone landing at a new location for the first time — marking another milestone in the groundbreaking mission’s history.

The fifth flight is planned to be the last in an initial technology demonstration phase before Ingenuity shifts to a higher-risk exploration phase. In the new phase, Ingenuity will contribute more broadly to the overall mission of its companion rover, Perseverance, by performing aerial reconnaissance for new and interesting locations within Jezero Crater.

“The helicopter can use these opportunities to perform aerial observations of rover science targets, potential rover routes, and inaccessible features while also capturing stereo images,” said a NASA statement.

Has Perseverance recorded sound from Ingenuity?

In the statement, Ingenuity mechanical engineering lead Joshua Ravich describes the fifth flight as another “Wright brothers moment” for the Ingenuity team, showing that flight is not only possible, but enables totally novel applications.

Earlier flights taking place in April established the basic ability of the aircraft to fly and gather data on another planet, fundamentally new achievements for space exploration. According to the recent announcement, during the fourth flight, the Perseverance rover managed to pick up the first sounds of the helicopter — from a substantial distance of 262 feet (80 meters).

Remarkable footage from the rover’s SuperCam instrument shows the helicopter lift off, complete a trip off-camera, and then come back, all while emitting a tell-tale thrum that sounds like a quieter, gentler variation of the loud thwack of an Earth-bound helicopter.

David Mimoun, science lead for the SuperCam microphone, describes in the statement how it was unclear whether the instrument would be able to register the helicopter at such a distance. Sound waves can only propagate through a medium, and the atmosphere on Mars is less than 1% the density of Earth’s, making for tenuous noises at best.

“This recording will be a gold mine for our understanding of the Martian atmosphere,” Mimoun said.

How do Perseverance and Ingenuity record each other?

To produce the recording required close coordination between the rover and helicopter, and their separate instruments. Ingenuity has only a color camera and a black-and-white navigation camera in its meager payload. While these are much less sophisticated than the instruments on Perseverance, their placement onto an aerial platform makes them extraordinarily useful.

Having scouted out its new landing place in prior flights, the fifth flight of the drone will take it south 423 feet (129 meters), in the same direction that the rover is going, so that it can continue to compliment the rover’s mission. It will also ascend to a new record height of 33 feet (10 meters), obtaining a superior vantage point on the landscape.

“The digital elevation maps put together by the Ingenuity team gave us confidence that our new airfield is flat as a pancake – a good thing when you have to land on it,” Ravich said.

A wide range of events could transpire to cut Ingenuity’s mission short, including breaking its landing gear on descent or night-time heaters failing in the harsh Martian cold. But increasingly, Ingenuity looks like it has carved out some permanence for itself as the first aerial vehicle on another planet.

More like this
Science
7.28.2022 9:00 PM
NASA greenlights two new Mars helicopters and lengthens Perseverance’s resume
By Doris Elín Urrutia
Science
8.5.2022 12:15 PM
10 years ago, the Curiosity rover arrived on Mars — and revolutionized the hunt for alien life
By Allie Hutchison
Science
8.9.2022 12:30 PM
You need to see Saturn at its closest and brightest this week
By Joseph Malcomson
Related Tags
Share: