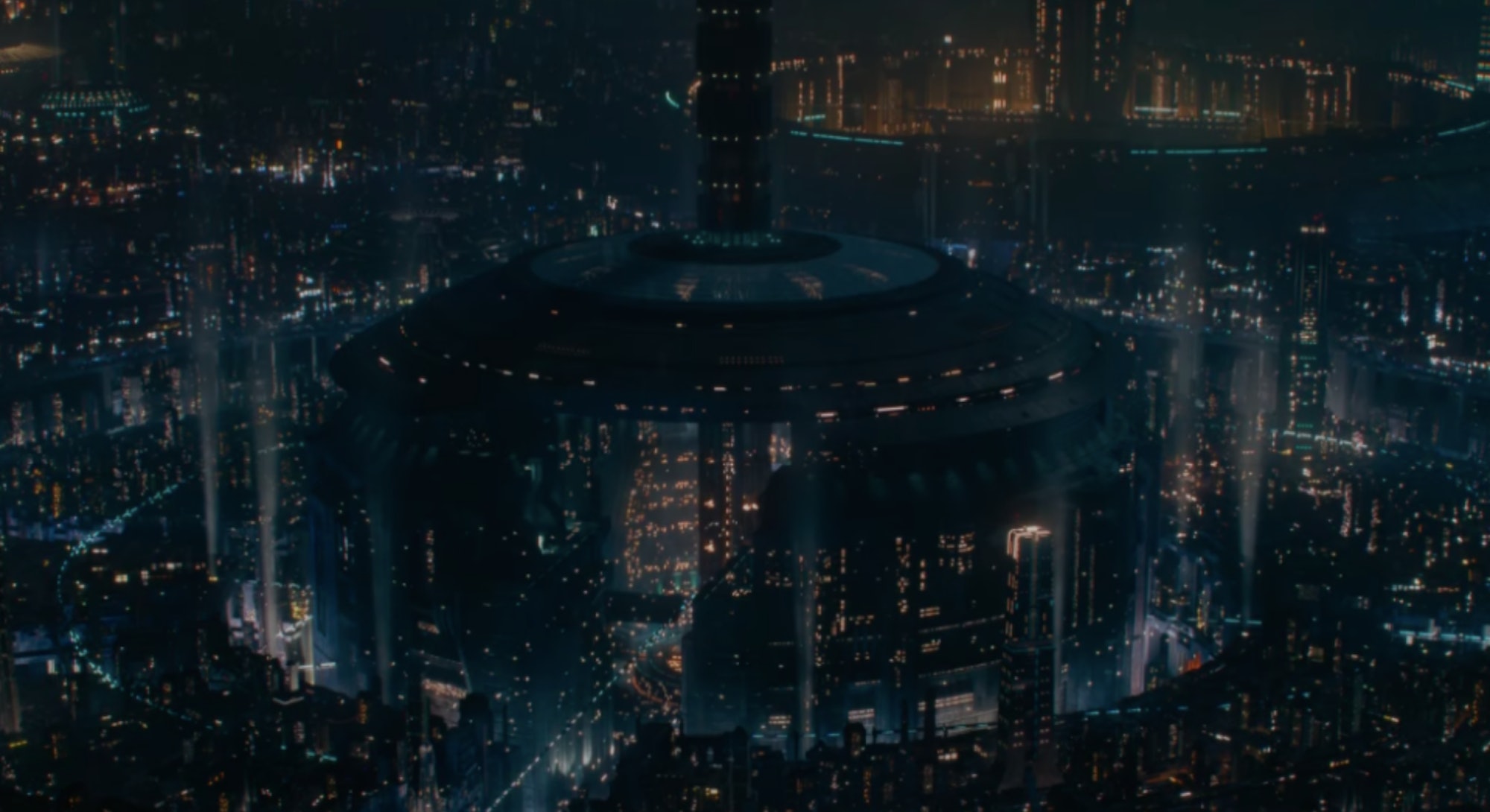 Psychohistory is “the destiny of the human race expressed in numbers.”

In Foundation, an Apple TV+ series loosely based on the books by Isaac Asimov, psychohistory is the use of mathematical models to predict what will happen in the future. Developed by mathematical genius Hari Seldon and imparted to his young apprentice Gaal Dornick, these complex calculations point to a dangerous new world: one where an empire falls leading to 30-thousand years of dark ages.

What might save them is acting now on these predictions.

At its core, sci-fi fascinates audiences by using complex scientific ideas to help us make sense of complex worlds — both fictional and real. Accordingly, the idea that we can use math to make predictions on a large scale has its roots in real-life mathematics.

“Maths is the best way we have of understanding the world around us,” Kit Yates, a mathematical biologist at the University of Bath and author of The Math of Life and Death, tells Inverse. Yates is currently working on a book about using math to predict the future — but don’t call his work psychohistory.

Warning: Light spoilers for Foundation below.

Psychohistory isn’t technically a real area of study — but it does resemble real-life applications of real-life mathematics and psychology.

“Building mathematical models is the best way we have to make predictions about what will happen in the future,” Yates says.

Math is also used to interpret, rather than predict, human behavior.

“I do create mathematical models of human psychology, but my goal is not to predict future behavior, but to simplify — reveal the essence of — human psychology,’ George Loewenstein, the Herbert A. Simon University Professor of Economics and Psychology at Carnegie Mellon University, tells Inverse.

Mathematical models “don’t seek to capture human behavior in all its enormous complexity,” Loewenstein adds. He stresses “very few models could be used even to predict” the behavior of groups of people in particular situations, let alone the behavior of individuals.

“Just as in Foundation, mathematical prediction works better when we try to predict what is going to happen at the population-level,” Yates says.

“Mathematical modeling is by no means a perfect framework. A model is only as good as the assumptions on which it rests.”

Using math to predict the future

While predicting the collapse of society might feel estranged from everyday life, you’ve likely already benefited from mathematical predictions.

For example, every time we look at the weather forecast on a smartphone, we’re relying on the power of mathematical models to predict the future.

“At a personal level, we need to know what the weather will be like this afternoon so we can decide whether or not to hang out the washing,” Yates says.

“Some people have successfully used mathematical models to predict not the stock market, but specific trends in specific sectors — which is all it takes to make money,” Loewenstein says.

Meanwhile, every time you purchase an item on Amazon, the site’s predictive modeling captures that data, using it to offer suggestions — predictions – about what you might like to purchase next.

Actuaries also use statistics to predict the likelihood of risks, while some police departments attempt to use predictive modeling to forecast crime (this type of modeling, however, is widely criticized).

“One of the biggest problems with making predictions is that they can change the future.”

Many of these mathematical models work only because they rely on certain assumptions about human behavior.

“One of the biggest problems with making predictions is that they can change the future – they can become self-defeating prophecies,” Yates says.

This concept is similar to one raised in Foundation. Hari argues exact predictions cannot be revealed to society at large, because if the world knew what was predicted, humans would alter their behavior (there’s more to this but that would be a major spoiler).

“For example, mathematical modeling at the start of the pandemic received criticism because it predicted hundreds of thousands of deaths – many of which didn’t come to pass,” Yates says.

“What people tend to forget in hindsight was that these were projections for what would happen if nothing was done to mitigate the spread of the disease,” he says. “In fact the predictions themselves acted as a wakeup call startling politicians into action, taking measures to save lives and turn the modeled predictions into self-defeating prophecies."

Loewenstein says only artificial intelligence (AI) could come close to predicting complex human behavior on that scale but “how the AI makes such predictions successfully won’t be comprehensible to humans.”

Can math predict the fall of nations?

In Foundation, we’re led to believe that Hari poses a threat to the empire because his predictions could lead to a loss of faith in the status quo. Hari’s apprentice, Gaal, meanwhile, is somewhat skeptical of Hari’s grand predictions.

Like Gaal, many real-life mathematicians are skeptical of using math to predict the course of nations.

“I do think social and behavioral scientists have some profound insights into when and why civilizations rise and fall, and these insights could be used to predict the future success of economies and even of the global economy,” Loewenstein says.

But he also adds, “few of these insightful and profound analyses make much, if any, use of math.”

Yates agrees, saying that “there are so many variables that feed into a process like the rise or fall of an empire, that predicting anything with any certainty is difficult.

Societal collapse hinges on several factors rooted in complex human behavior. Take the fall of Rome, for example. Historians are still debating what, exactly, caused the collapse of this powerful empire.

“That’s not to say that making predictions about large systems with many variables is impossible,” Yates argues.

It’s perhaps less controversial to use math to predict the fall of a nation than to ensure its survival. Today, mathematicians today are using algorithms to prevent gerrymandering — a process where politicians redraw congressional maps to favor certain voters at the expense of others.

Recent shows like Foundation and movies like The Man Who Knew Infinity have featured younger and prominent characters of color in leading roles, countering the historical past of mathematics as a bastion of older white men. These kinds of media could make mathematics more accessible to a wider audience.

“I think there is a trope that portrays mathematicians on TV as quirky, eccentric, or unhinged,” Yates says.

Foundation both reinforces and challenges these tropes. Hari’s mathematical skills make him an outcast in the eyes of the empire — a threat to be eliminated.

But when Gaal counts numerical patterns under her breath to calm herself down, her companion largely accepts her explanation, rather than mocking her — a positive step forward in representation for math geeks everywhere. Similarly, the characters toss around phrases like “radical integers” and “proofs” in routine conversations.

These small details can help reinforce the idea that math is an everyday part of our world and that mathematicians are relatable people.

“I’m always at pains to point out that mathematicians are just normal people,” Yates says. “You don’t have to be different or an outcast to be a mathematician.”