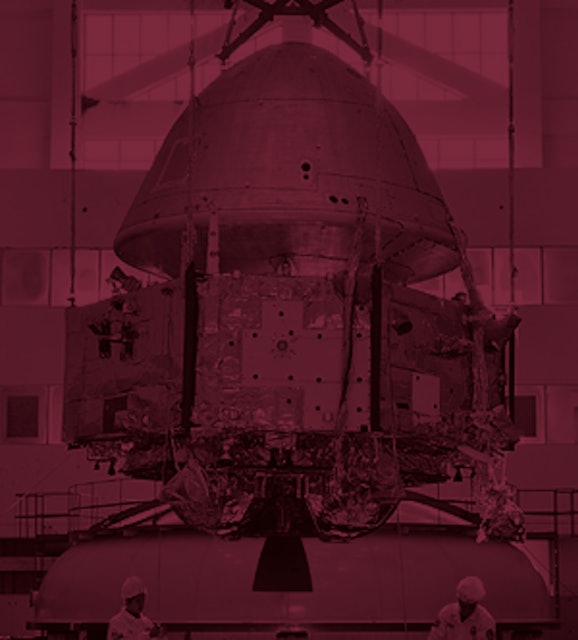 On July 23, 2020, a small spacecraft with big dreams headed to a planet nearly 300 million miles away.

For its first interplanetary mission, the China National Space Administration (CNAS) aimed a lander at Mars. Tianwen-1 successfully entered Martian orbit in February 2021. As soon as May, the rover will head toward Mars.

So far, only NASA has successfully landed and operated a spacecraft on the surface of Mars. Russia (both the modern state and the Soviet Union) and the European Space Agency have previously attempted landings to little success — the closest thing was the Mars 3 mission which operated for less than two minutes after a successful landing in 1971. If this mission is successful, China will join the very exclusive Martian ranks of agencies operating on the Red Planet.

Ahead of its historic landing, Inverse breaks down the goals of the mission, its science instruments, and China’s Martian ambitions.

The Tianwen-1 mission is China’s first successful interplanetary mission after the failure of the Yinghuo mission. CNAS currently has a robust lunar program.

This marks the first attempt by a nation to send both an orbiter and a rover on their first try to reach the Red Planet.

NASA is the only space agency that has successfully operated a rover on Mars, but China is making an effort to step up its space game. CNAS landed a rover on the Moon in November 2020, and it successfully collected a piece of the Moon to return back to Earth. They hope to replicate that success someday on Mars.

When is Tianwen-1 landing on Mars?

After traveling through space for seven months, Tianwen-1 entered the Martian orbit on February 10, 2021. Further analysis of the landing site was needed before the craft could safely touch down on Mars.

The orbiter’s current path gets it as close as 174 miles to Mars and as far as 36,660 miles. The spacecraft completes one lap around the Red Planet roughly every two days.

Tianwen-1 is currently targeting May or June for its touchdown. However, a specific landing date has still not been determined.

As it prepares for its landing, the spacecraft will release its capsule so that its lander can touchdown on the surface of the Red Planet. The lander will land on a large plain called Utopia Planitia, located inside the largest impact basin in the entire Solar System.

This is the same area the second successful spacecraft landing on Mars, the Viking 2 mission, touched down on in 1976. However, the two will be hundreds of miles apart.

After it touches down on Mars, the lander will unfold a ramp to let the Zhurong rover out. The rover will roll onto Mars’ surface and begin its scientific mission.

What is the goal of the Tianwen-1 mission?

Tianwen-1 is tasked with solving one of the biggest mysteries surrounding Mars, its ancient water.

Mounting evidence suggests Mars was once a wet, warm, and possibly habitable planet. Scientists have been trying to reconstruct the early history of Mars to find out what happened to its water and answer questions about its habitability.

Anywhere there’s water on Earth, some form of life has managed to survive. Given that Mars had large bodies of surface water in the past, it had a lot of the right conditions for life billions of years ago.

But in order to question whether or not Mars ever had life, scientists need to understand the planet’s history and past habitability.

Perhaps unique among rovers, the Zhurong rover will look for water underneath the Martian surface, which any extant life would live within. It will also look for evidence of Mars’ past climate on the surface.

The rover has six science instruments designed to study the topography, geology, soil structure, minerals, rocks, and atmosphere of Mars.

The Zhurong rover has six wheels and weighs about 530 pounds, which is about a quarter of the SUV-sized Perseverance rover. It has four solar panels and moves at a slow speed of 200 meters per hour.

The rover is also laying the groundwork for a future sample return mission planned for the end of the 2020s. The small robot will gather samples from the Martian surface during its expedition and set them aside for a future spacecraft to return them to Earth where they will be tested in laboratories.

What does Tianwen mean?

The name Tianwen comes from a poem written by Qu Yuan, a Chinese poet who lived from about 340-278 BC, and it roughly translates to “question to heaven,” or “quest for heavenly truth.”

Tianwen-1 was the second of three space missions targeted towards Mars that all launched during the July 2020 Mars launch window. The other two were NASA’s Perseverance rover, which landed on Mars on February 18, 2021, and the United Arab Emirates Hope orbiter, which entered Martian orbit on February 9, 2021.

If successful, Tianwen-1 will diversify space exploration to include more nations aiming at solving the mysteries of another world that may have been similar to our own during its early past.