“What you see is what you get.” 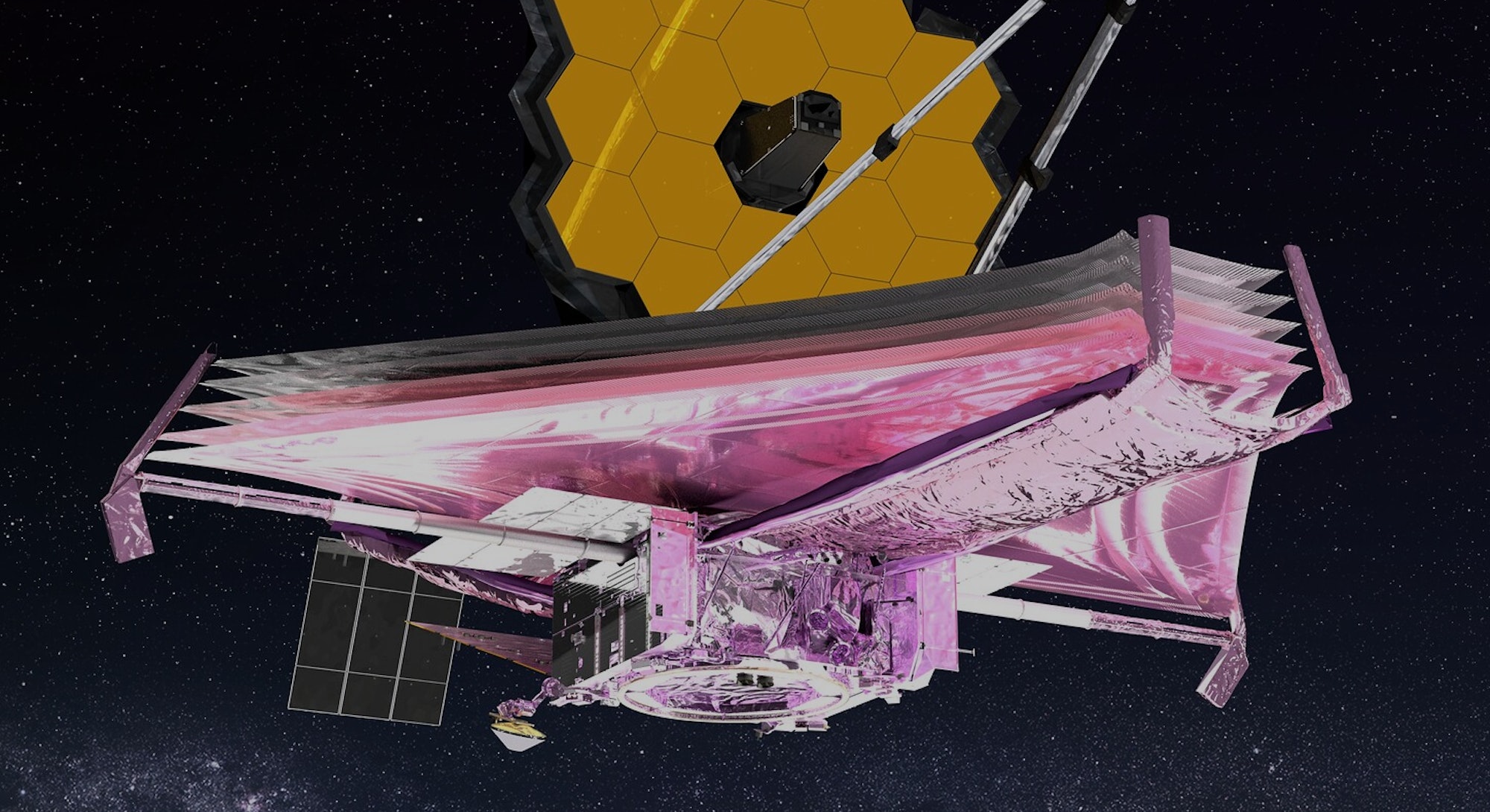 The James Webb Space Telescope is a lesson in the delicacy of scientific instruments.

The wings of the primary mirror, made of perfectly slotted together, hexagonal, meter-wide segments of beryllium and gold-coated, are now deployed in their full glory. This process, as well as all that came before it, all represented moments of potential catastrophe. And as scientists begin the next stage of the mission — getting the telescope ready for science — dangers still abound. One of the most probable things to cause the Webb damage now and for the entirety of the mission? Pieces of space dust weighing less than a gram.

What’s new — During the unfolding of the Webb’s primary mirror’s starboard wing on Saturday, January 8, NASA held a live broadcast which revealed just how likely it is Webb will be hit by tiny motes of space debris, like micrometeoroids, which are little fragments of meteors and other objects, typically weighing less than a teaspoon of salt.

“Let’s say, a piece of debris hits it,” posits Julie Van Campen, a NASA engineer and a deputy commissioning manager for the James Webb Space Telescope. “And then we had a problem like that broke a mirror,” or another piece of kit, she continues. What protects the telescope from this eventuality happening?

“The answer is not much,” she says. “What you see is what you get.”

“Some small impacts from micrometeorites will happen. You know, over the lifetime of the mission there will be some damage to the mirrors of the telescope.”

We know the Hubble Telescope suffers this kind of damage — NASA has visual evidence the telescope’s mirrors are pockmarked with tiny craters made by pieces of debris hitting the telescope as it went through its orbit. But unlike the Hubble, the James Webb Space Telescope will be operated and maintained remotely — there is no way to send a crew to repair physical damage now it is in space.

But don’t panic — Even though Hubble has sustained little injuries over its lifespan, none are so great they have affected the telescope’s ability to do science or take stunning images of the universe to beam back to us here on Earth.

The same will be true for the James Webb Space Telescope — its primary and secondary mirrors can both sustain some damage, enough even to put part of the images it collects out of focus. Van Campen likens this to getting a floater or speck of dust in your eye. It might cloud a little part of your vision, but you still see an awful lot — enough to make sense of what you are observing. Further, digital corrective tools can also help account for any small aberrations that might result from damage from micrometeors or other debris.

Part of why Hubble has been hit by space debris and dust is to do with its orbit. Hubble orbits the Earth in Low Earth Orbit, or 330 miles above Earth, which is an area of space, Van Campen explains, full of space debris. (It is also an area where many other satellites and other craft exist, leaving room for collisions.)

The James Webb Space Telescope, however, will not rest in a similar orbit above the Earth. That’s part of the reason why NASA scientists don’t seem fazed that the precious ‘scope will almost certainly sustain some impacts over its lifetime.

Why the James Webb Space Telescope’s orbit is so special

The James Webb Space Telescope will sit at a special point in space called Lagrangian Point 2, or L2 for short. L2 is a region of space where the Sun and the Earth’s gravity act to keep an object in a stable position and orbit. L2 is one million miles from the surface of Earth — hence the inability for NASA, the European Space Agency, or the Canadian Space Agency (the main Webb partners) to send a repair crew.

“It’s actually a very nice place to be,” Thaller explains in the broadcast. “It’s kind of a cleaner place when it comes to space junk.”

Importantly, L2, which lies beyond the Moon, Earth’s natural satellite, is also extremely cold — the temperature of the craft and its instruments are critical for the telescope to manage its scientific mission. The telescope operates at around minus 370 degrees Fahrenheit. Importantly, the telescope also has a massive sunshield to help keep it cool — and this offers some other protections, too.

How the sunshield protects the James Webb Space Telescope

The James Webb Space Telescope is shielded from the light and heat of the Sun by a massive swathe of what looks like layered tinfoil but is in truth five layers of a material called Kapton that is coated in aluminum. The sunshield is about the same size as a tennis court.

Kapton was chosen for the sunshield because of its special thermal properties — the sun shield very effectively radiates heat back out into space and allows the telescope’s instruments to better pick up on faint infrared, eg. heat, signals coming from space. The James Webb Space Telescope is an infrared telescope, which is also a marked change from Hubble, which operates in the visual spectrum. By observing the universe in infrared, the Webb will be able to see deep into the universe, to its very earliest moments.

“This is the power for this amazing telescope which can actually look at the beginning of the formation of the universe,” Antonella Nota, associate director at the ESA, explains in the same broadcast. “One of the things that Webb will be focusing on origins: What is the origin of our universe, as well as other origin things like how stars form, what was the origin of stars?”

The top two layers of the sunshield are also coated in a kind of silicon, which is an extremely hard material.

This is a protective advantage beyond temperature control, Van Campen explains. The sunshield always stands between Webb’s mirrors and instrumentation and the Sun, Earth, and Moon. So any debris, solar wind, or other possible sources of damage may be deflected by the shield. It might also help absorb any micrometeors.

“If the sunshield itself got hit by a micrometeor and got a little tear or rip in it, that’s part of why we have five layers and we can tolerate so much damage throughout time,” Van Campen says.

“It was part of our lifetime calculations,” she adds — in other words, all of the data scientists used to both decide where the Webb would orbit and its design so it could survive its mission. Of course, scientists can’t plan for every eventuality, and a lot could yet go wrong.

In the immediate term, some 200 days after launch — sometime in July —Nota believes there will be an early release of observations from the telescope depending on the telescope’s commissioning process.

“Those are really the ones that I’m waiting for,” she says. “This is a super-secret list of targets. I don’t know, you know, what targets will be. But I know one thing, that they will be absolutely spectacular.”