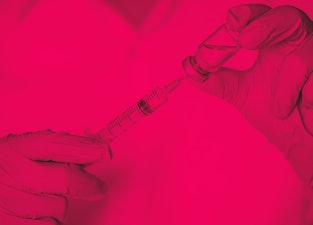 6 steps to prevention: What a Covid-19 vaccine needs to do before it gets to you

Since humans haven’t previously been exposed to the novel coronavirus (SARS-CoV-2), our bodies aren’t well equipped to deal with being infected by it. A vaccine would allow the body to safely develop an immune response to COVID-19 that could prevent or control infection.

But it takes time to develop safe and effective vaccines – usually five to ten years on average. Despite promising reports about potential coronavirus vaccines being developed worldwide, it could still take an estimated 12-18 months to develop one.

It’s becoming quicker to develop new vaccines than it was in the past as we can build on research from vaccines used for other diseases. During outbreaks, more resources and funding may also become available, which can speed up the process. Products might also be considered for use even before being formally granted licences to control the disease in severely affected areas during emergencies.

The first new vaccine to enter human trials for COVID-19 was developed by the US firm Moderna Therapeutics. About 35 other companies and academic institutions are also working on COVID-19 vaccines. Most are currently in “pre-clinical testing”, including one being developed by a team of researchers at the University of Oxford. The vaccine candidate was identified in January and is nearing the clinical testing phase.

During development, a vaccine needs to go through the following steps:

1. Basic understanding of the virus

In the past, most studies of human viruses looked at how the virus altered or affected human or animal cells in the lab. Scientists first identify the proteins and sugars on the surface of the viruses or infected cells, then study whether these proteins can be used to produce an immune response.

In the present case, this stage was made easier for researchers after Chinese scientists found and published the genetic sequence of novel coronavirus in January. Researchers worldwide have been able to identify the structure of proteins that make up the virus, create a genetic history of the family of viruses, and determine when the first human was infected. It also enabled diagnostic testing kits to be developed, and lets researchers identify potential treatment options.

This may involve isolating the live virus before inactivating or weakening it and then determining whether this modified virus, which is known as a vaccine candidate, might produce immunity in people.

Researchers now know how to manufacture and test the relevant vaccine and check it has been made properly. They even know about likely doses, including how many doses will be needed to build immunity. This background knowledge speeds up the development of each new vaccine made using the same technology.

Initial safety testing is usually carried out in animals to give an idea of responses in humans. These are also used to see how effective the vaccine is at preventing the disease, and allows researchers to adapt the vaccine.

During an outbreak, different research groups often work together to speed up this process.

This step is where many promising potential vaccines fail. There are three phases of a clinical trial:

Through these phases, the vaccine needs to show it’s safe, leads to a strong immune response, and provides effective protection against the virus. During an outbreak, experimental vaccines may be used in severely affected populations if they’re at high risk of disease, before progressing to regulatory approval.

If regulators have approved similar products before, approval can be accelerated – although this is not likely for COVID-19. The use of a vaccine before full licensure can be considered in a public health emergency.

Once a vaccine has been produced at a small scale and passed safety tests, it can be used in clinical trials. However, significant manufacturing capacity, such as infrastructure, personnel, and equipment, will be needed to produce large quantities of a vaccine for use. Quality control is also needed. All of these processes are very carefully monitored. Once licensed, the policy must be developed to decide how to prioritize those who should be vaccinated, such as those in the most high-risk groups and locations.

Along the way, if any of these vaccine “candidates” are shown to be unsafe or ineffective, researchers must return to the laboratory to develop a new candidate. This is why vaccine development can be a long and uncertain process.

This article was originally published on The Conversation by Samantha Vanderslott, Andrew Pollard at the University of Oxford and Tonia Thomas, Vaccine Knowledge Project Manager. Read the original article here.