Climate change: how do I cope with our planet’s inevitable decline?

"I have no personal stake in the world after my death." 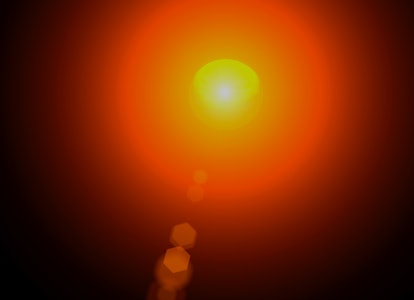 I recently watched an interview with David Attenborough, in which he was asked whether there is hope that things can get better for our planet. He replied that we can only slow down the rate at which things get worse. It seems to me that this is the first time in history we have known things will get worse for the foreseeable future. How do you live in the shadow of such a rapid and inevitable decline? And how can you cope with the guilt? --Paul, 42, London.

I agree that we live in a unique moment in history. This isn’t like a war or an economic recession, where you know things will be bad for a few years but eventually improve. Never before have we known that the deterioration of not just our countries, but our entire planet, will continue for the foreseeable future – no matter what we do. As Attenborough says, we can (and should) fight to slow the rate at which things get worse, even though we can’t realistically hope for improvement.

We can’t hide from the fact that Attenborough’s opinion reflects mainstream science. Even if we halted carbon emissions tomorrow, a significant degree of future warming is already baked in. Under the most likely scenarios, we’re set for a warming of 1.5℃ or much more.

The consequences are dire. If we succeed in limiting warming to 1.5 degrees, we will still have sea level rises of around half a meter, killer heatwaves and drought in many parts of the world – leading to a decrease in agricultural productivity. We can expect mass migrations, death and destruction as a result, with many parts of the world becoming uninhabitable.

So how do you cope with this knowledge? The question is all the more difficult when we confront the inevitable guilt: we are all complicit with the sclerotic political system that has failed to address the crisis, and we all contribute to carbon emissions. Few of us can say that we have risen to these challenges.

From doomism to altruism

Weirdly, the knowledge of decline may help some people to cope with the guilt. If things will get worse no matter what we do, then why do anything? This “doomism” may be promoted by fossil fuel interests, to limit real action. Given that what we do today can make a difference to what happens in 2100 or later, though, we shouldn’t give in to this temptation.

Another source of resignation might be that many people who try to fight climate change have rather selfish reasons for caring. Some may only care for their own children, or how the problems will affect their own country. But the climate crisis requires true altruism and real sacrifices. Are we even capable of that?

It is fashionable in some circles to deny that genuine altruism exists. Whether based on the perception that selfless behavior is selected against by evolution, or merely cynicism, many thinkers have argued that all our actions are motivated by self-interest. Perhaps we give to charity because it makes us feel better about ourselves. Perhaps we recycle for social status.

But your question shows the problem with such arguments. Like you, many of us feel desolate about the inevitable harms the world will face when we are gone – suggesting that we care for future generations for their sake and not just for our own.

I have no personal stake in the world after my death. I don’t have children and I don’t have hopes of leaving a legacy. If I’m lucky, I may live out my life in middle-class comfort, relatively untouched by the upheavals that are guaranteed already to be underway elsewhere. When they hit closer to home, I may already be dead. So why should I care? But I do care, and so do you.

The philosopher Samuel Scheffler has argued that if we were told that humanity would become extinct immediately after our own deaths – but without affecting the quality or duration of our life – we would be devastated and our lives would lose meaning.

For example, imagine living in the world of PD James’ dystopian novel, The Children of Men. Here, mass infertility means the last children have been born and the human race faces extinction as the population gradually ages and diminishes. It’s a thought experiment, considering what society would look like if there were no generations to follow us and no future – and it’s a vision of despair.

Contemplating inevitable decline reveals that we care not only that humanity continues to exist long after we are gone, but that we care about whether it flourishes — even in the far future.

Consider those behind the construction of the towering cathedrals of the medieval age. They were often built over more than a generation, so many of those who began work on them never survived to see their project completed. But that didn’t stop them drawing the plans, laying the foundations or laboring over their walls. The cathedrals were for the future, not just the now. Dealing with the climate crisis may require similar long-term thinking.

So while the knowledge of climate destruction may sap motivation and induce anxiety, a long-term perspective could also turn out to be motivating. With a firmer grasp of what’s at stake, it is possible that we will be energized to do what we can to ensure that life a century – or more – from now is better than it might otherwise have been.

Because one thing is given. If you are locked in a state of guilt, shame and depression, you may be incapable of mustering motivation. Sure, the Antarctic ice sheets won’t melt any slower because you recycle. But consider this: if you can inspire just a few people to lead greener lives, they may, in turn, inspire others – and so forth.

People are capable of caring and billions of caring people together can make a difference, as we have seen with the huge climate strikes all over the world. Together, we can force governments and corporations to make the changes needed to slow the rate at which things get worse.

Whether we are going to be able to shed as many selfish desires as necessary to even just slow global warming remains to be seen. Perhaps it takes a unique moment in history just as this to work out how far humans are capable of going for the greater good. The answer may surprise us.

This article was originally published on The Conversation by Neil Levy. Read the original article here.

More like this
Science
Sep. 23, 2022
Three everyday beverages that may taste worse because of climate change
By Tara Yarlagadda
Science
Sep. 17, 2022
This household appliance could be filling your home with invisible health hazards
By Jonathan Levy and The Conversation
Science
3 hours ago
Hurricane Ian and more: 11 shocking satellite images show September’s worst storms
By Jennifer Walter
Related Tags
Share: