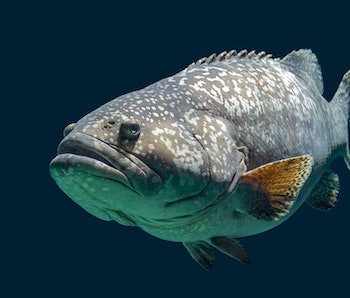 For over 50 years now, scientists have known that, despite their reputation, not all fish are cold-blooded.

Some shark and tuna species, the white shark and the Atlantic bluefin tuna, have evolved the ability to warm parts of their bodies, such as their muscle, eyes, and brain.

About 35 species of fishes — accounting for less than 0.1 percent of all described fishes — have this ability, which allows them to stay warmer than the water around them. Until recently, however, the reason this ability evolved was a mystery.

Some scientists believed being warm-blooded allowed the fish to swim faster, as warmer muscles tend to be more powerful.

Others thought it allowed them to live in a broader range of temperatures, making them less susceptible to the effects of ocean warming caused by climate change.

With this in mind, an international team of marine biologists and I set out to answer the puzzle of why some fish warm-blooded when most aren’t.

What’s new — Our study found fishes’ ability to warm their bodies provides competitive advantages — they can swim faster than their cold-blooded relatives. However, this doesn’t necessarily mean they’ll be able to adapt to changing ocean temperatures under climate change better than cold-blooded fish, according to our results.

How we did it — Our team — from Australia, the United States, Tasmania, Hawaii, and Japan — collected data from wild sharks and bony fish, as well as using data that had already been collected.

We attached biologging devices — waterproof, electronic devices that can remotely record data — to the fins of the animals we caught. Animals were caught by hook and line and secured alongside a boat. This allowed us to then attach the devices and release the animals immediately after.

These devices gathered information such as water temperatures encountered by the fish in their habitats, the speeds at which the fish swam for most of the day, and the depths of water the fish swam in.

The discovery — It turns out that warm-blooded fish can swim 1.6 times faster than cold-blooded fish. This is some of the first direct evidence of the evolutionary advantage of being warm-blooded.

This extra speed provides advantages when it comes to things like predation and migration. It’s likely that this makes them better hunters or travelers.

The faster swim speeds also aid the fish in identifying prey. The quicker they swim, the faster an image moves across their eye, allowing them to process and identify the image — perhaps of prey — faster than slower counterparts.

Why it matters — It has previously been suggested that these warm-blooded fishes may be better able to deal with changing ambient temperatures by stabilizing their body temperatures. This would be useful under current climate change scenarios, such as global ocean warming.

That may be the case, but our results indicate the ability to warm their bodies doesn’t allow them to occupy a broader temperature or depth range. This means we may have been overstating the resilience warm-blooded fish have for facing changing ocean temperatures.

Many of these animals are already facing threats from ocean warming and human-induced risks. The Atlantic bluefin tuna is an endangered species while the white shark is classed as vulnerable.

We hope that taking these findings into account could better inform future work on the conservation and protection of these unique but threatened animals.

This article was originally published on The Conversation by Lucy Harding at Trinity College Dublin. Read the original article here.

More like this
Science
6.27.2022 11:00 AM
Letting your cat go outside could spread “life-threatening” parasites — new research
By Amy Wilson, Scott Wilson and The Conversation
Science
6.19.2022 1:00 PM
What is my dog thinking? Science may finally have an answer
By Tara Yarlagadda
Science
6.18.2022 10:00 AM
Can you upload your brain to a computer? A neuroscientist explains the crushing reality
By Guillaume Thierry and The Conversation
Related Tags
Share: