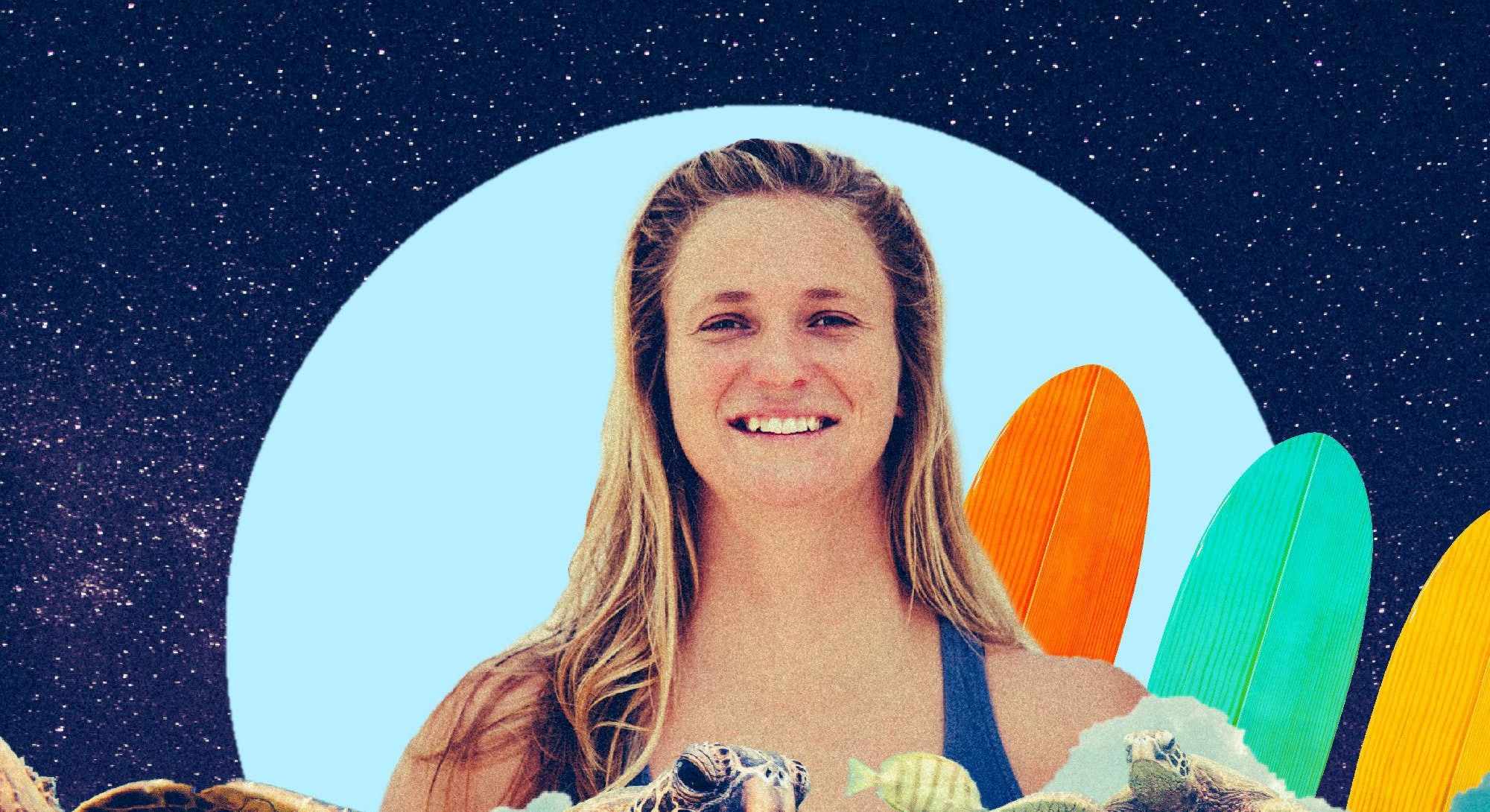 The ocean-plastic problem is terrifying. About 8 million tons of plastic end up in the ocean every year, threatening the health of ecosystems and ocean animals. By 2050, if current trends continue, the world’s oceans will hold more plastic than fish by weight, according to a 2015 report. But some say scare tactics have limited effect when it comes to promoting behavior change. Ocean athletes Paige Alms and Sarah Hauser are taking a different approach to saving our oceans. Forget about the doom and gloom — Alms and Hauser want to have fun with it.

Alms and Hauser started the #trashyselfie movement in 2018 to raise awareness of misusing single-use plastics and show people that cleaning up the ocean and beaches can be easy and fun. Take a picture during a beach cleanup, post on social media and tag #trashyselfie, and dispose or recycle the litter. It’s that easy.

“It turned into a fun way of encouraging people to do their part and getting them excited rather than just posting the negative — you know, like birds with plastic inside of them,” Alms tells Inverse.

Also read: Paige Alms is solving the most expensive problem in pro surfing

"I think when you speak from the heart behind your social media, they see into that and they can see the truth."

The selfie has been called the ultimate symbol of “millennial navel gazing.” But Alms and Hausers think the selfie generation can be harnessed to raise awareness of single-use plastic.

“We aimed it more at the youth. Everyone’s into taking selfies and stuff on their social media and we’re like, ‘Hey, do something that is impactful and good for our environment and share that. And if you tag us, you could win a prize,” Alms tells Inverse.

Rather than consider selfies as a narcissistic social media trend, maybe they’re a tool for good. You can join the #trashyselfie movement on Instagram.

“I think when you speak from the heart behind your social media that actually gets out to thousands of people, they see into that and they can see the truth,” Alms says.

Paige Alms is a member of the Inverse Future 50, a group of 50 people who will be forces of good in the 2020s.

Also read: Paige Alms is solving the most expensive problem in pro surfing