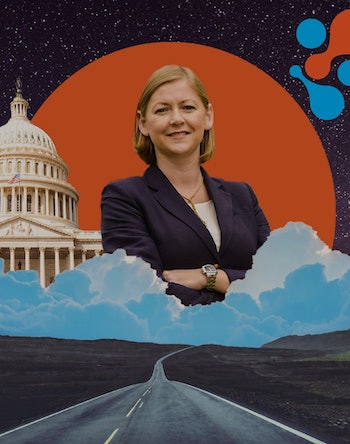 Nearly three years into the Trump Presidency, the disdain for climate science and inconvenient facts have been well-documented. To understand how far-reaching the impact of President Trump’s so-called “war on science” is, take a moment to consider a recent report out of the Department of Agriculture.

Some 600 million people across the world depend on rice for the majority of their calories. For this group, a disruption in the supply or quality of rice can be — quite literally — life and death.

That’s why it came as a shock to researchers at the USDA that Trump political appointees were trying to censor and minimize press coverage of a study that found that rice is losing nutrients because of the effects of global warming. The physiologist in charge of the study resigned because of what he felt was a politicization of science, the likes of which poses a significant threat to the future of agriculture here in America and abroad.

"The real-life impacts of this administration’s reckless policy go much deeper than this kind of buzzy language conveys."

This is one of — at this point — hundreds of public examples of the Trump Administration’s efforts to sideline science for purely political reasons. The dizzying number of reports that have come out since Trump took office, ranging from Trump’s EPA’s attempts to squash a chemical pollution study on the basis that it would be a “public relations nightmare” to the easement of regulations on coal ash management that will directly harm families across the nation, have made it easy to point to the administration as the face of the “anti-science” movement.

While terms like “anti-science,” “war on science,” or “attacks on science” provide pundits and politicians alike a soundbite-worthy means to capture the essence of Trump’s destructive impact on science, they can be too reductionist in nature. The real-life impacts of this administration’s reckless policy go much deeper than this kind of buzzy language conveys. These policies undermine faith in institutions as well as the fundamental role of government to keep Americans safe.

I founded 314 Action in 2016 to elect leaders who would look beyond the talking points and buzzwords. Specifically, we work to recruit, train, and support scientists and STEM leaders to run for public office. Legislators who will use their training and background to not only condemn the broad “war on science” but to use their power as elected officials to take a deeper dive and shed light on what that “war” really means — such as the starving masses due to a less nutritious rice yield.

"In 2020 and beyond, we will continue to push for more scientists in Congress."

We have some success stories that show a proof of concept in the idea — Represenative Joe Cunningham talked about banning offshore drilling on the campaign trail and introduced legislation to do just that; or Dr. Kim Schrier, who was elected to Congress in Washington, has used her background to inform legislation that makes the CDC more alert to future anti-vaccination pockets across the country; and nurse Laura Underwood founded the Black Maternal Health Caucus.

These are members of Congress who ran for office last year because they saw a need for their expertise in the halls of power. A need that was not being served by the disproportionate amount of lawyers in Congress and lack of professional diversity.

In 2020 and beyond, we will continue to push for more scientists in Congress and other offices who will take a look beyond the talking points and present evidence-based, data-driven solutions to the problems facing communities across America.

While it is impossible to prevent “deniers for hire” from exercising their first amendment right, electing those whose careers were built on adhering to the facts is a potent antidote.

Shaughnessy Naughton is a member of the Inverse Future 50, a group of 50 people who will be forces of good in the 2020s.