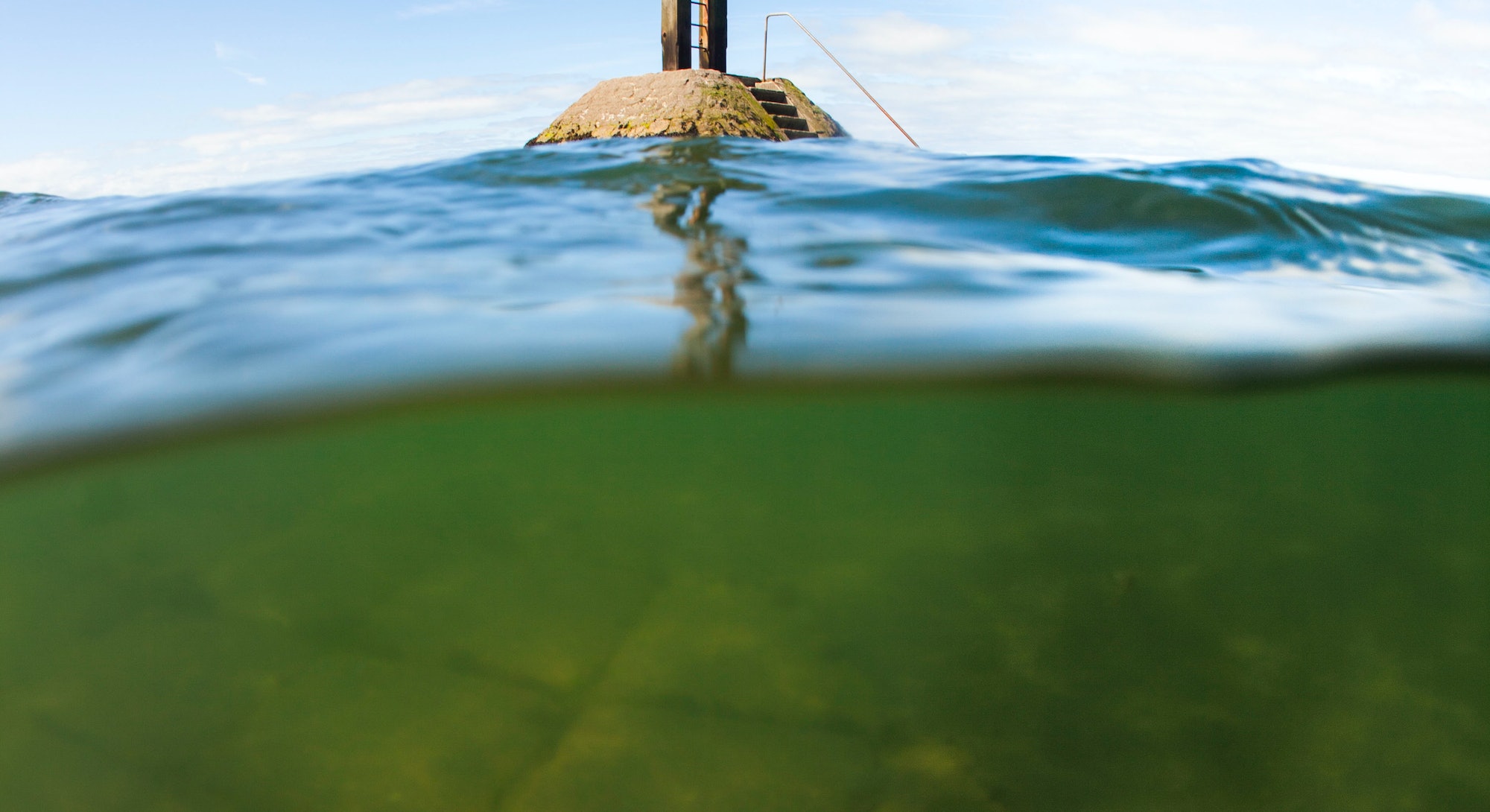 In the United States, the battle over the US Outer Continental Shelf is a bureaucratic Groundhog Day.

The Bureau of Ocean Energy Management leases out parcels of the ocean floor every five years, renewing questions every five years over who has access to the potential 46 billion barrels of oil off the Atlantic coast of the United States, from Delaware down to Florida.

“The way that the federal government approaches drilling with this five-year leasing process — where every five years they consider drilling — means that we have to remain vigilant and on the offense,” Alan Hancock tells Inverse. The leasing plan was initiated in 1982 under President Ronald Reagan. “It’s not an issue where you win once and then you’ve won. It keeps coming back.”

Hancock is with the South Carolina Coastal Conservation League, and in his role as its energy and climate advocacy director, he is currently attempting another win: suing the Trump administration’s National Marine Fisheries Service for issuing authorizations to five different companies allowing for “incidental harassment.” They allow the companies to “incidentally harass marine mammals during geophysical survey activities in the Atlantic Ocean.”

The authorizations are the first step toward using seismic airguns — devices that emit loud blasts of compressed air through the ocean and into the seabed — to search for oil and gas.

In the process, the seismic airguns disturb marine mammals that otherwise would be protected by federal law. The decision to allow them was made in November; the lawsuit was filed in December.

The authorizations granted by the National Marine Fisheries Service, a division of NOAA, are what’s needed before companies get a second permit from the Bureau of Ocean Energy Management. Then, they can officially start blasting.

Seismic airguns are shot in pulses separated by 15 seconds: They can reach 260 decibels, but the Bureau of Ocean Energy Management prefers airguns reach 160 decibels, which is as loud as a jet taking off, and enough noise to rupture a human eardrum. Boats tow 12 to 48 airguns at a time, and their sonic bangs can be heard 2,500 miles away from the survey vessels. Here’s what seismic airguns sound like.

The sounds hammer life in the oceans: After geophysical surveys using airguns, fish and squid have been found stranded on shore, having suffered massive internal injuries. A 2017 study published in Nature Ecology and Evolution determined that seismic surveys cause “significant mortality to zooplankton populations,” the organisms that “underpin the health and productivity of global marine ecosystems.”

These organisms include whales that rely on underwater sound to survive. Seismic airgun blasts have been linked to whale stranding deaths and severe behavioral distress.

In 2007, fin whales — the songs of which are the “the most powerful and ubiquitous biological sounds in the ocean” — stopped singing for several weeks during a seismic survey (the songs are thought to be breeding displays). In 2010, blue whales sang louder after encountering seismic blasts — an attempt, scientists believe, to overcome the noise.

It’s been more than 30 years since the last time seismic surveys were conducted in the Atlantic. Advocates like the American Petroleum Institute say that seismic surveys make energy development “safe and more efficient.” Under the Obama administration, pending seismic applications were denied, and one of his last acts in office was an attempt to place a permanent ban on offshore oil and gas drilling.

However, President Donald Trump issued an executive order in April 2017 calling for “streamlined” government permitting of seismic surveys — a decision that fit into his goal of overhauling the oil and gas leasing program before the next five-year plan begins. That five-year plan is slated to last from 2019 to 2024.

Seismic airgun blasts are the first step in finding oil and gas beneath the ocean floor. During the impressive process, the airguns are towed behind ships as they shoot acoustic energy pulses into the sea floor from steel cylinders filled with pressurized air. When the compressed air is released into water, it reflects and refracts off the seafloor, enabling engineers to create three-dimensional maps that lead the way to potential reserves.

According to the notice issued by the National Oceanic and Atmospheric Administration (NOAA), seismic operations typically occur around the clock, 24 hours per day. One blasting company, Spectrum Geo, plans on conducting 165 days of seismic operations. Another, TGS, is planning on 308.

The Atlantic Coast is home to “multiple cetacean species” that have the “expected potential to be present during all or a portion of the planned surveys,” according to the NOAA. The scientific agency also writes in its issuance that the “use of the airgun arrays is expected to produce underwater sounds at levels that have the potential to result in harassment of marine mammals.”

The Atlantic Coast region also includes the calving, or birthing, grounds of the North Atlantic Right Whale — a stocky baleen whale that was hunted to near-extinction by the 1750s. With only 450 remaining, it is one of the world’s most endangered large whale species.

“Contrary to the best available science”

NOAA Fisheries is confident that the blasts won’t bother these whales. When they’re expected to be present — from November to April — the companies aren’t allowed to conduct seismic surveys within 90 kilometers from shore.

… violated the ESA by deciding, contrary to the best available science, that the authorized seismic airgun blasts are not likely to jeopardize the continued existence of the North Atlantic right whale, and other threatened and endangered species, such as fin whales, sperm whales, and four species of sea turtles that will be harmed by the authorized seismic airgun blasting.

Lindy Weilgart, Ph.D., is a specialist in underwater noise pollution. Weilgart, an adjunct research associate at Dalhousie University, tells Inverse there is “no longer any scientifically valid doubt” that seismic airgun surveys pose a danger to marine life. For noise in general, negative impacts have been documented in about 130 marine species, ranging from invertebrates to fish to whales. Many of these impacts are due to seismic airgun surveys.

There are, Weilgart explains, safer ways to conduct seismic surveys using technological alternatives to airguns, such as Marine Vibroseis. For one, it is quieter, and it cuts out a large number of the frequencies that aren’t used by the oil and gas industry — energy that Weilgart explains as “wasted energy that unnecessarily disturbs many species of marine life.” Land Vibroseis is what surveyors now use on land — because dynamite became socially unacceptable.

“If regulators were to insist on these alternatives, they would be available in short order,” Weilgart says. “The problem is not the technology, but the will.”

Weilgart also says coastal communities can be harmed by this seismic testing. When ecosystem services are affected, humans can feel the consequences — especially when those humans rely on a healthy ocean to make a living.

The coastal communities of South Carolina are so aware of this that in this state, offshore drilling and seismic airgun blasting are no longer partisan issues. In January, the state’s Republican attorney general, Alan Wilson, joined the federal lawsuit along with 16 South Carolina towns opposing the issuance permits. The move received the support of Governor Henry McMaster, also a Republican.

Freshman Democratic Congressman Joe Cunningham, who represents South Carolina’s 1st congressional district, has made it an early endeavor of his new life in Congress.

“As a former ocean engineer, I know firsthand how destructive offshore drilling and oil and gas exploration can be to our economy and environment,” Cunningham tells Inverse. “Seismic airgun blasting alone has grave implications for our Atlantic ecosystem. The Lowcountry cannot afford the risk. Our beaches, businesses, and way of life are not for sale.”

Cunningham is attacking the issue of offshore drilling from another approach. On his fourth day in office, on January 8, he introduced the Coastal Economies Protection Act, a bill that was previously introduced by his Republican predecessor, Mark Sanford, before it languished in committee. If passed, the bill would place a 10-year moratorium on offshore oil and gas drilling.

The bill is sponsored by US Representative Francis Rooney, a Republican who represents a stretch of Florida coastline also opposed to drilling. Trump has already given a special exemption to Florida, protecting the state from the massive drilling plan he envisions.

Trump’s Florida favor was a move that earned the anger from other coastal states. In December, New Jersey, Connecticut, Maryland, Delaware, Maine, Massachusetts, New York, and Virginia joined together to submit their own lawsuit against seismic airgun surveys.

Right now, Cunningham’s team is working together to get the entirety of the South Carolina delegation on board. They think there’s a shift going on in the state where even members of opposing parties are uniting from different perspectives; both recognize the danger that drilling poses. The highly destructive industry is not worth the toll it takes on everything around it.

Cunningham is also the first Democrat to represent the 1st district in over 30 years. It was an upset against Republican Katie Arrington, who has close ties to Trump and initially supported his plan to allow more offshore oil and gas exploration. She eventually retracted that endorsement on the campaign trail, but by then it was too late — Cunningham emerged as the opponent to drilling and received the support of almost all the coastal mayors in his district, Republicans and Democrats alike.

In a Twitter thread explaining his opposition, Cunningham points out that seismic testing doesn’t prove oil deposits exist: “Companies still must drill test wells to confirm deposits and determine. Remember, the Deepwater Horizon tragedy occurred during the tapping of an exploratory well.”

Cunningham hopes to get the bill through committee by April. Meanwhile, the federal lawsuit has been stalled: The government shutdown put a hold on the deliberations, and the five permits have not been issued.

If the permits do make it through, the companies doing the blasting would have to wait 30 days before getting to work.

But as other lawsuits and opposing legislation arise down the Eastern seaboard, at both the state and federal levels, it’s unclear whether sound blasts louder than a thunderclap will penetrate the eastern Atlantic.

Coastal state leadership believes it’s increasingly obvious that from a political, economic, and moral perspective, offshore drilling isn’t the right choice for their communities. However, the federal government is actively attempting to open US coastal waters to offshore drilling. It is Trump’s favored position, and he’s made oil and gas profit a cornerstone of his administration.

Plans like the Green New Deal — a nonbinding resolution that calls for the elimination of greenhouse gas emissions, investment in zero-emission and renewable energy sources, and the building of a more sustainable food system, among others — has been dismissed by politicians in both major political parties.

“When the price of oil is low, there is little motivation to develop new technologies, especially when regulators don’t insist on them,” Weilgart says. “I think eventually we will see that the oil and gas reserves that are left are sparse, dangerous to exploit, and yield very little profit. We obviously need to get off fossil fuels — the sooner, the better.”

And while this ideological debate rages on between clean energy and the pursuit of oil and gas, lives of whales, squid, fish, zooplankton, and sea turtles hang in the balance. The present situation hinges on whether or not a judge decides companies really do have the right to cause them harm in the pursuit of petroleum.

As of now, Hancock and his team are keeping an eye on that situation, while watching for the next five-year leasing proposal that NOAA and the Bureau of Ocean Energy Management are anticipated to release soon.

Trump’s 2017 executive order didn’t set a firm timetable, and while the proposal was expected last month because of the shutdown — and possibly the resignation of former Secretary of the Interior Ryan Zinke — the process has been delayed.

“The current framework just keeps us all guessing in a sort of perpetual state of alert,” Hancock says.