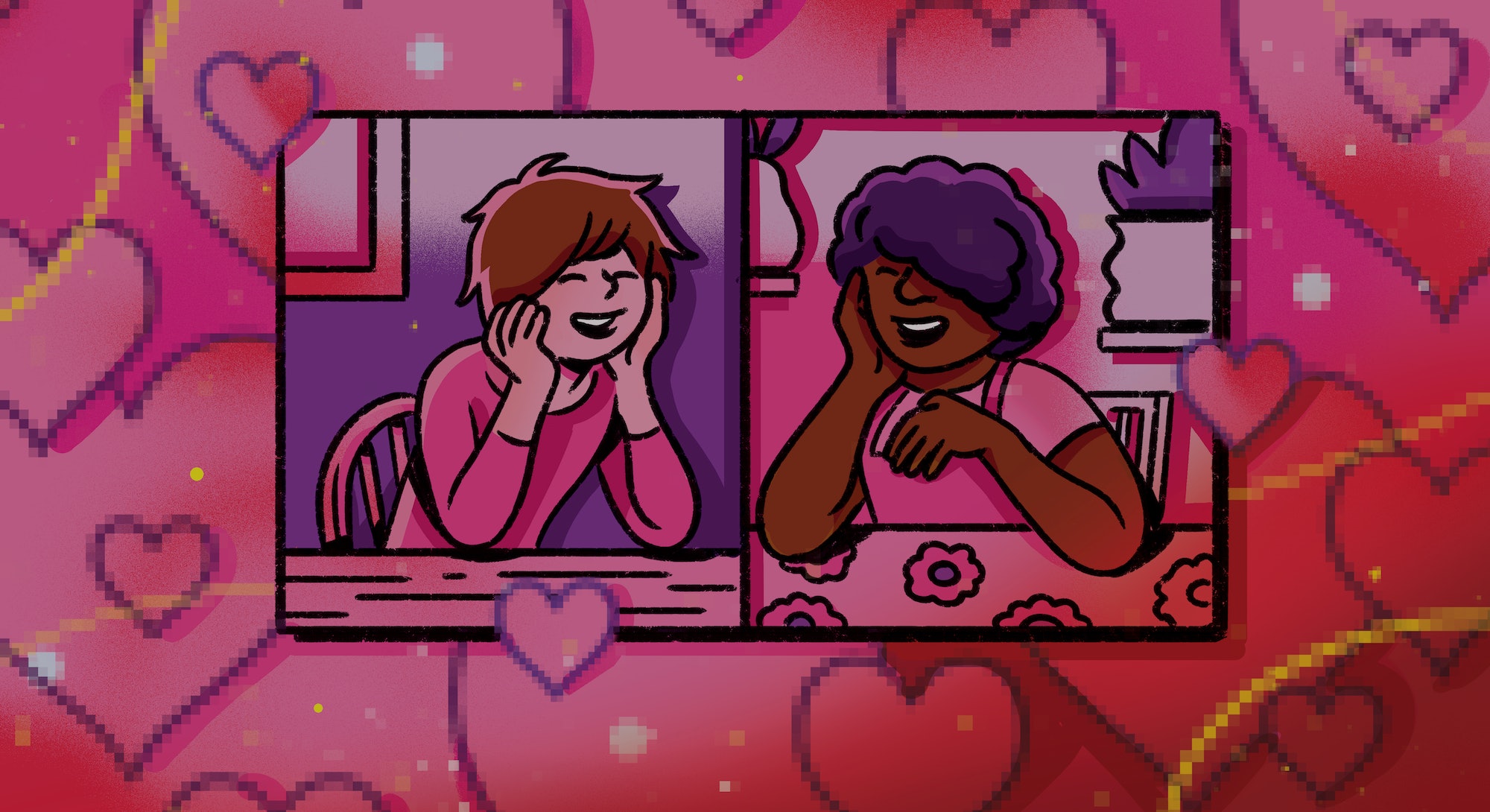 In March 2021, Katherine Morgan, a freelance writer and editor living in Portland, Oregon, went on a first date on Zoom.

For Morgan, the idea of a digital route to dating was completely new. “I hadn’t even heard of Zoom before the pandemic and have only gone on one Zoom date,” she tells Inverse. The date came about after talking with her potential paramour for multiple weeks. “He was just more comfortable doing it because of the pandemic.”

Virtual dates or, at least, virtual first dates, have become the standard for many due to Covid-19. But as the pandemic winds down, it’s worth asking if this is one societal change worth keeping. Are Zoom first dates the “new normal”? And if so, what do we gain (and lose) from such a major shift in modern romance?

Clarissa Silva, a behavioral scientist with an affinity for examining romantic connections, believes this is actually something that’s been done for ages. “My practice has been advocating for video dating as a screener for nearly a decade,” she says.

Silva’s experience as a behavioral scientist naturally led her on the path of relationship coaching. In 2013, she drafted an article on her quirkily named dating advice site, You’re Just a Dumbass dot com, arguing in favor of Google Hangouts as a potential screener for potential paramours.

Silva saw the writing on the wall when the pandemic hit. “In the midst of U.S. quarantine last year, I predicted a greater use of video and communication in dating apps,” she says. For folks who specialize in studying the science of relationships, this transition may seem logical. Years after Silva’s prediction, major networkers across the globe are taking notice. The idea of using this space as an alternative in the realm of future dating has literally gone Vogue.

While Mogan had only gone on one date this way, she says several friends have been doing it as a way to figure out who’s actually worth meeting in person. “A lot of people aren’t really immediately up for taking the risk of meeting someone new and going out in public, so they’re turning to FaceTime or Zoom dates first and seeing if we even have a connection.”

“You’re basically supposed to be cute from the waist up.”

Zoom dating can be best described as a cross between a job interview and a more casual route to find out compatibility. While some Zoom dates may involve folks watching a movie together or playing a video game or some other form of interactive activity, others are less intense and structured. It can be as casual as just simply talking on camera. “We just talked for a few hours online,” Morgan says. “We didn’t do anything much beyond that.” How someone dresses for their Zoom date is also variable. You can dress up or, like Morgan, opt for a more relaxed and casual look.

“You’re basically supposed to be cute from the waist up because that’s what they can see on camera,” Morgan says.

At least, that’s what she initially assumed. After a discussion with her date who had been home with his dog, the pair talked about expectations for the call. “He said, ‘Feel free not to dress up,’” Morgan says, a hint of disappointment in the voice. “We just put on clean clothes. I wasn’t going to put on lipstick or anything for it.”

Morgan is noticing the differences in dating online now. She’s proactive in discussing potential partners with friends and her social media audience. She’s cautious and screening potential partners about vaccination. She has seen various pandemic pickup lines along the way as she swipes. She’s also taken notice, in particular, of people putting their vaccination status in their profiles.

With vaccinations soaring through the American public, there is a layer of confidence returning to meeting in person. “Vaccination will provide a level of confidence in resuming pre-Covid life for any risk tolerance type,” Silva predicts.

While Morgan was excited and open to chatting about her experience of having a first date online, she seems remiss about in-person interactions and first dates. She’s still open to and actively dating in-person, as well as digitally. This doesn’t surprise Silva, who says people are prone to take more risks than usual in the pursuit of romance.

“When it comes to dating and the desire to find love, people are more apt to take risks,” Silva says. “Dating behavioral patterns follow how much risk one can tolerate.”

“No woman can really be safe online anyway.”

But is this route of digital dating the future and something to expect in the world of the “new normal”? Morgan doesn’t think so. “I think after the pandemic, it will stop,” she says. “People are just ready to go out. For me, the online date just wasn’t the same.”

Confidence is really a key driving factor moving forward towards this new unknown. Some, like Morgan's friends, are empowered by the change. They feel Zoom or other digital online video chat calls for dates might be a safer alternative.

For now, Morgan is going with the flow of things. She takes precautions when going on her dates in person. She believes that it helps reduce the risk of catfishing. “If they’re catfishing, they won’t usually decide to meet in public,” she says. (Catfishing on Zoom is admittedly a lot more difficult unless the catfisher actually has someone who can pretend to be them over video chat.)

The pandemic has created innovation and safeguards for those who may choose it. With Zoom fatigue reportedly affecting women worse than men, the desire to ignore those risks and proceed with an in-person date makes sense.

Virtual dating also removes a key component of in-person interaction: body language and physical chemistry. As the world returns to normal, people will have to decide what matters more: the safety of a virtual screen between you and a stranger and the drawbacks that come with dating online.

“For those that feel uncomfortable taking a risk by dating IRL, they will continue to Zoom until they feel safe in public,” Silva says. “For those that didn’t feel at risk, they will resume using dating apps as a screener and physical meetings to determine compatibility and hookup potential.”

FUTURE LOVE is a series about how advancements in science, technology, and culture are changing love, sex, and dating.