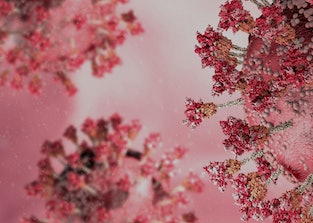 Omicron: Why the U.K. needs to jab 25 million in 2 months

What impact the new omicron variant will have is still unknown. But with early data suggesting it could be the most transmissible form of the virus yet — and that it could be less susceptible to existing antibodies — it shouldn’t be taken lightly.

The World Health Organization has advised countries to take precautions to limit its impact, such as upping the wearing of masks, sanitizing of hands and surfaces, social distancing, and ventilation of shared spaces.

The U.K. has gone one step further: it’s also expanding its Covid vaccine booster program. Covid boosters have been available for some time for older and more vulnerable people, and there’s evidence that they reduce infections and severe disease in those groups by topping up waning immunity.

Given the concern about the increased transmissibility of omicron, its potential ability to get around existing antibodies, and that we don’t know if it causes more or less severe disease, maximizing the population’s immunity is prudent. Everything we’ve learned so far suggests that recently administered vaccines are our best line of defense.

So here’s what’s planned. Third doses will now be available to adults three months after their second vaccination. Before this, the gap was six months. This means all people over 18 will be offered a third dose by the end of January 2022. Prioritization will start with those oldest and descend in bands of five years.

At the same time, second doses will be offered to 12 to 15-year-olds and fourth doses to people who are immunosuppressed. This adds up to giving 25 million people a booster dose in under two months. Combined with the fact that first and second doses are still being rolled out to some people, the government will need to hit a target of delivering 500,000 vaccinations a day. Achieving this will require immense logistical coordination and resource management.

U.K. Covid booster rollout: Can it be done?

There have been concerns about the speed at which the booster program has moved so far. Patients have been confused about their eligibility for a third dose and concerned about the apparent lack of urgency compared to the initial vaccination campaign. Some have struggled to get an appointment despite being eligible and have not been contacted to choose a booking via the NHS website.

Current booster delivery is 350,000 doses a day, and since boosters started being delivered two and a half months ago, 19 million people have received one. Given the challenge now is to deliver more — 25 million — in just under two months, the government needs to work harder to get the booster campaign fully firing.

The government has a plan for meeting this challenge. It’s promised that many temporary vaccination points will be created — up to 3,000 has been quoted — which will be staffed with existing NHS staff and 10,000 newly appointed vaccinators and volunteers.

Vaccination sites used in the first rollout will be re-opened, the idea being that these familiar sites may ease any hesitancy and access issues. There will also be increased use of community pharmacies.

NHS organizations are already delivering booster doses, and will now work at “breakneck speed” to accelerate delivery, with extra hospital vaccination hubs being opened. However, with the NHS under stress — with intense winter pressures and pent-up healthcare demand from earlier in the pandemic — there are concerns that it doesn’t have the capacity to up its vaccine delivery.

Noting this, the government has agreed to increase the amount of money it gives to the health service for each dose delivered — with even greater increases for vaccines delivered on Sundays and, where required, in patients’ homes.

These payments will allow NHS professionals to prioritize administering vaccines and bring in additional staff to backfill existing work. A “Jabs Army” will also be in force, with soldiers and firefighters helping to immunize people too.

Boosting the population should also, hopefully, reduce the number of Covid patients needing care over the winter months, and so relieve pressure on the NHS in the longer term.

Finally, supplies of the two vaccines to be used as boosters — Pfizer and Moderna — have been assured, with 114 million more doses ordered for the next two years.

The key ingredients for a successful booster program have thus been promised — vaccine stock, vaccination sites, and staff resources. If they can be made available in a timely fashion, then replicating the vaccination drive of the first half of 2021 is possible — as is meeting the government’s January target. Encouragingly, vaccination rates were already improving before these changes.

Past experience shows that the vaccination program can adjust rapidly. The experience held and training provided to staff involved in the initial Covid vaccine rollout will be invaluable in setting up and running new vaccination centers.

The best way we can help with the vaccine rollout is to book our booster appointments when asked to do so. Despite not knowing what impact omicron will have, we can be sure that collectively taking our boosters will give us the best chance of minimizing its effects.

This article was originally published on The Conversation by Liz Breen and Anthony R Cox at the University of Birmingham and University of Bradford. Read the original article here.

More like this
Mind and Body
8.4.2022 12:00 PM
We need to talk about "mild Covid" — and why it sucks
By Katie MacBride
Mind and Body
8.1.2022 11:00 AM
Post-Roe America: People seeking permanent sterilizations are being turned away
By Aaron Bolton, Ellis Juhlin and Kaiser Health News
Mind and Body
8.13.2022 10:00 PM
How do you get monkeypox? An epidemiologist explains what “close contact” means
By Rebecca S.B. Fischer and The Conversation
Related Tags
Share: