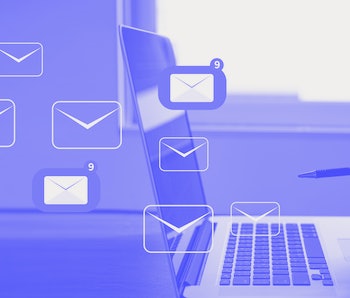 In 2020, one in four American adults says they or someone in their household lost their job due to the pandemic. Fifteen percent say this happened to them personally. A lucky few have gotten their jobs back, but the rest are left looking for work in a struggling economy.

To find a job they love — or even just work that pays the bills — about 75 percent of job seekers will turn to the networking platform LinkedIn. But according to some striking new research, this wildly popular job searching tool may be doing more harm than good.

Michael Johnson, an organizational behavior researcher and management expert at Louisiana State University, says even though the majority of job seekers use LinkedIn, little study has been devoted to figuring out how well it works.

To fill this research gap, Johnson and his team tracked the LinkedIn job searches of 2,738 people over five weeks.

Through surveys, scientists discovered time using LinkedIn hurts people's confidence and leaves them depleted of willpower. In turn, the more they use LinkedIn, the less likely they are to find a job.

"Searching for a job through LinkedIn can have a potentially detrimental effect on people’s mental health and their ability to find a job they love," Johnson tells Inverse. "It can leave them with harmful self-views and feeling exhausted — potentially more so than other ways of finding a job."

But Johnson is quick to add these findings don't suggest it's necessary to quit LinkedIn completely. Especially because recruiters rely heavily on the platform to find candidates.

Instead, there are actionable tricks people can use to protect against LinkedIn's potential side effects: take frequent breaks from the platform and reframe comparison with others as a motivating, not demoralizing, phenomenon.

I'm Ali Pattillo and this is Strategy, a series packed with actionable tips to help you make the most out of your life, career, and finances.

Networking for good — Launched in 2003, LinkedIn has become the world's dominant job search tool, edging out competitors like Indeed. As of December 2020, the platform claims to have over 722 million members in more than 200 countries and territories across the planet.

Before LinkedIn, it was all cold calling, email chains, paper resumes, and word of mouth connections to find a job. Now, applicants can reach out to countless managers with the flick of their mouse.

But how, exactly, does LinkedIn change the job search experience — and the likelihood of actually getting hired?

That's the question Johnson sought to answer in his study published in February 2020 in the Journal of Applied Psychology. Specifically, his team investigated how LinkedIn use over time affects a person’s success at obtaining a job.

The team found that the more job seekers use LinkedIn, the less confident and more emotionally depleted they become, and the less successful they were on their job search.

The first finding was "strange," Johnson says, because LinkedIn offers users lots of training and help functions that should make people more comfortable and confident.

Scientists found these emotional aftereffects of a LinkedIn session stem from comparison to others, including friends, family, and acquaintances who are more successful — a nasty, insidious feature of most social media platforms.

"These comparisons have a harmful effect, leaving users wondering why they themselves are not more successful or further along in their career progression," Johnson says.

To further test this connection, researchers ran a controlled experiment with 209 participants. The team created a LinkedIn social media simulation where participants created a profile and used the platform in a way that mirrored LinkedIn. Researchers created several comparison profiles with which participants could compare themselves.

"The power and potential danger of LinkedIn is due to the social media nature of its platform," Johnson explains.

"That is, you cannot connect to other users in the same way with Indeed or other ways of finding a job. Because of this, users face real challenges in terms of their mental health, which can have real effects on their likelihood of finding a job."

A better LinkedIn strategy — At this stage of the technological revolution, the job search won’t likely ever revert to the pre-internet age. And ultimately, these findings don't cast LinkedIn as a useless or totally harmful tool.

"People should not avoid LinkedIn but should protect themselves," Johnson says.

As a first step, it's crucial to become aware that overusing LinkedIn can lead to detrimental comparisons that hijack the job search and hamper success.

"LinkedIn is a popular tool for finding a job and is potentially helpful in a lot of ways," Johnson says. "However, there are some potential adverse effects that can happen when using it.

“Users can protect themselves from these effects and be more successful in their job search overall."