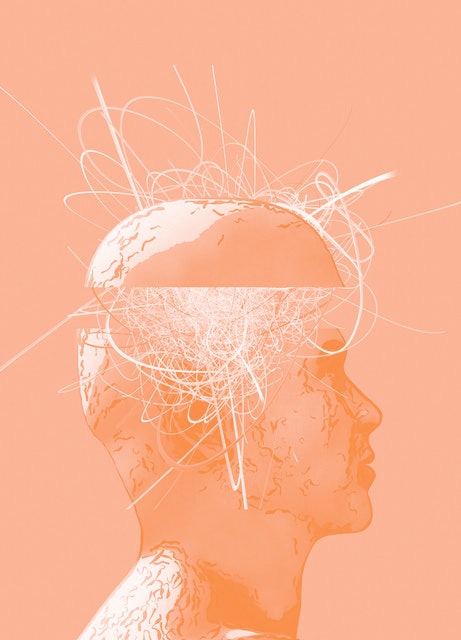 How do habits form in the brain? The process involves various cells and processes that help cement our daily rituals into routines. Dartmouth researchers recently discovered that the dorsolateral striatum, a region of the brain, experiences a short burst of activity when new habits are formed.

According to the research, published in the Journal of Neuroscience, it takes as little as half of a second for this burst to occur. And as a habit becomes stronger, the activity burst increases. The Dartmouth researchers found that habits can be controlled depending on how active the dorsolateral striatum is.

“Our findings illustrate how habits can be controlled in a tiny time window when they are first set in motion. The strength of the brain activity in this window determines whether the full behavior becomes a habit or not,” said senior author Kyle S. Smith, an associate professor and director of graduate studies in the department of psychological and brain sciences at Dartmouth, in a summary of the research. “The results demonstrate how activity in the dorsolateral striatum when habits are formed really does control how habitual animals are, providing evidence of a causal relationship.”

Smith previously published research that showed this burst in brain activity in the dorsolateral striatum correlated with a rat’s habit for running a maze. (Rat’s brains are similar to humans.) For the new study, the researchers manipulated the burst with a method called optogenetics, where flashing blue light excites the brain cells while a flashing yellow light inhibits the cells and shuts them down.

After the rats were trained to run a maze, researchers excited cells in their dorsolateral striatum, leading the rats to run more vigorously and habitually on the entire maze — the animals would no longer stop at the center to look around. When the cells were inhibited, the rats acted slowly and appeared to lose their habit altogether. The researchers then swapped out the tasty reward for something else. When the rats were excited, they still ran to the reward, but when they were inhibited, the rats “essentially refused to run when there was no reward to gain from it.”

“When the researchers applied the light manipulations during the middle of the runs on another day, there was little effect,” according to the press release. “Once the rats had already set in motion the full sequence of behavior -- run, turn, and stop sequence -- this habit appeared to dictate their actions, as if they were on autopilot.”

Another piece of the habit puzzle was discovered earlier by MIT neuroscientists, who found that neurons in a part of the brain called the striatum, found in the basal ganglia, plays a major role in habit formation, particularly when it comes to “chunking,” a habit made up of many smaller actions. (For example, “picking up our toothbrush, squeezing toothpaste onto it, and then lifting the brush to our mouth.”)

The neurons “fire at the outset of a learned routine, go quiet while it is carried out, then fire again once the routine has ended,” according to a press release. “Once these patterns form, it becomes extremely difficult to break the habit.”

These two studies may explain how habits form in the brain, but a study out of Duke University found that a single type of neuron in the striatum called the fast-spiking interneuron serves as a “master controller” of habits. They found that if it’s shut down, habits can be broken.

“This cell is a relatively rare cell but one that is very heavily connected to the main neurons that relay the outgoing message for this brain region,” said Nicole Calakos, an associate professor of neurology and neurobiology at the Duke University Medical Center, in a summary of the research. “We find that this cell is a master controller of habitual behavior, and it appears to do this by re-orchestrating the message sent by the outgoing neurons.”

Understanding how habits are formed in the brain is critical in developing strategies to change them, researchers say.

If there’s a certain habit you’d like to change or create, say, getting up earlier, drinking more water, or reading more — good news, you don’t need to understand neuroscience to get going. All it takes, according to researchers from Warwick, Princeton, and Brown Universities, is repetition. The authors of the study created a model using digital rats that shows forming habits depends more on how often you perform an action rather than how much satisfaction you get from it.

“Psychologists have been trying to understand what drives our habits for over a century, and one of the recurring questions is how much habits are a product of what we want versus what we do,” said study co-author Dr. Amitai Shenhav, assistant professor in Brown University’s department of Cognitive, Linguistic, and Psychological Sciences. “Our model helps to answer that by suggesting that habits themselves are a product of our previous actions, but in certain situations those habits can be supplanted by our desire to get the best outcome.”

Habits form a crucial component of behavior. In recent years, key computational models have conceptualized habits as arising from model-free reinforcement learning mechanisms, which typically select between available actions based on the future value expected to result from each. Traditionally, however, habits have been understood as behaviors that can be triggered directly by a stimulus, without requiring the animal to evaluate expected outcomes. Here, we develop a computational model instantiating this traditional view, in which habits develop through the direct strengthening of recently taken actions rather than through the encoding of outcomes. We demonstrate that this model accounts for key behavioral manifestations of habits, including insensitivity to outcome devaluation and contingency degradation, as well as the effects of reinforcement schedule on the rate of habit formation. The model also explains the prevalent observation of perseveration in repeated-choice tasks as an additional behavioral manifestation of the habit system. We suggest that mapping habitual behaviors onto value-free mechanisms provides a parsimonious account of existing behavioral and neural data. This mapping may provide a new foundation for building robust and comprehensive models of the interaction of habits with other, more goal-directed types of behaviors and help to better guide research into the neural mechanisms underlying control of instrumental behavior more generally.