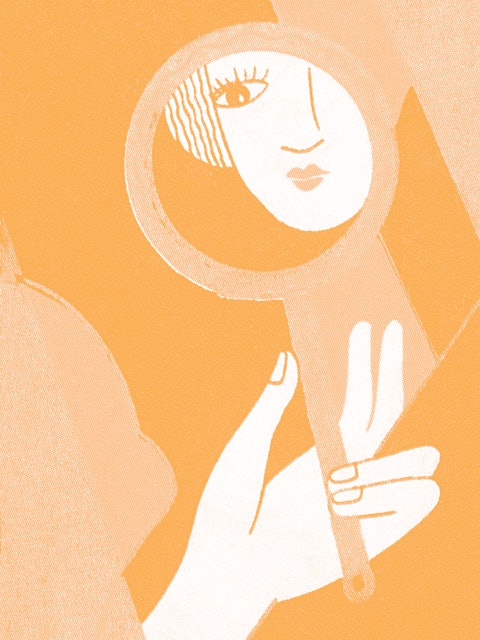 How well can you judge your own abilities? While it may seem like it’d be a difficult endeavor, according to research out of University of Toronto Scarborough, we may have a better handle on ourselves than we’d think.

“It’s widely assumed that people have rose-colored glasses on when they consider their own personality,” Brian Connelly, an associate professor in U of T Scarborough’s department of management, said in a summary of the research. “We found that isn’t necessarily the case, that on average people don’t show any trend in rating themselves more favorably than they’re rated by their peers.”

To reach this conclusion, Connelly and his fellow researchers analyzed 160 independent studies to see whether we typically boost ourselves in self-reported questionnaires, the most commonly used personality assessment of the big five personality traits: openness to experience, conscientiousness, extroversion, agreeableness, and neuroticism. They found evidence that our self-reported analysis of our personality traits is actually accurate, without the expected deflation or inflation of certain traits. Only one trait showed signs of self-enhancement: openness.

Personality assessments are important for many aspects of life, such as relationships and work. Personality has been shown to be a strong predictor of success in life, which is why researchers said they believed people are honest with their self-assessments.

“People are generally attuned to the impressions they convey,” Connelly said. “Some people may stray toward self-enhancement, or in the opposite direction with self-effacement, but there are social costs associated with both that makes the general trend for people to be accurate.”

Equally important in knowing ourselves is assessing others, according to a study from the University of Notre Dame. The research, by Brittany Solomon, research assistant professor of management and organization at Notre Dame’s Mendoza College of Business, found that we can use our perceptions of others to work toward positive social and professional outcomes.

“Understanding others’ subjective realities can enhance empathy, cooperation, and communication and may also influence one’s own opinions,” Solomon said in a summary of the research. “This can prompt people to deliberate and even re-evaluate their own views or enable them to influence others.”

Solomon found that we’re not only aware of how another person sees themselves, but how other people perceive them. In her study, hundreds of participants were asked to provide a range of personality perceptions from different points of view while their friends and acquaintances did the same.

“Any time you’re interacting with other people, understanding their perspectives is important,” Solomon says. “For example, if I’m a manager or supervisor and I’m trying to motivate an employee, I can assign tasks that will really highlight their strengths or help boost self-esteem in areas of weakness. … Much of life involves interacting with others. As a friend, parent, or teacher, understanding someone else’s identity can help that other person feel understood and provide the groundwork for effective motivation.”

It may be important to know when our impressions of someone differ from how that person sees him/herself and how others see that same person. We investigated whether people are aware of how their friends see themselves (knowledge of identity) and are seen by others (knowledge of reputation). Previous research indicates that, for physical attractiveness, romantic partners do have such knowledge of others’ perceptions, but it is unknown whether people in platonic relationships also detect such discrepancies between their own perceptions and others’. We examined this phenomenon for a new set of characteristics: the Big Five personality traits. Our primary research questions pertained to identity accuracy and reputation accuracy (i.e., knowledge of a target’s self-views and how others view the target, respectively) and identity insight and reputation insight (i.e., identity accuracy and reputation accuracy that cannot be accounted for by a potential artifact: perceivers assuming that others share their own views of targets). However, after a series of preliminary tests, we did not examine reputation insight, as several necessary conditions were not met, indicating that any effects would likely be spurious. We did find that perceivers can accurately infer a target’s identity and reputation on global personality traits (identity and reputation accuracy), and that perceivers can sometimes accurately distinguish between their own perceptions of targets and targets’ self-views, but not others’ views of targets (i.e., identity, but not reputation, insight). Finally, we explored boundary conditions for knowledge of others’ perceptions and whether knowledge of identity is correlated with knowledge of reputation.