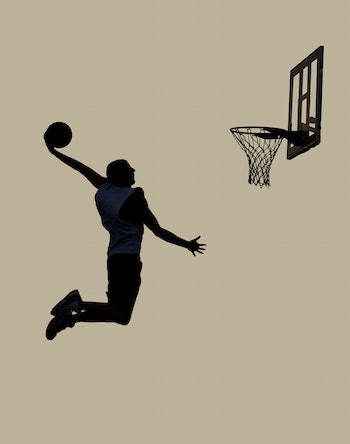 The physical excellence of athletes has never been more scrutinized. Just look at the average pro athlete physique of 50 years ago compared to the champions of today, who see their every treadmill sprint and gym flex analyzed. But long overlooked has been the brain and its role in claiming the win.

“No one would argue against the fact that sports lead to better physical fitness, but we don’t always think of brain fitness and sports,” says Nina Kraus, a veteran neuroscience researcher at Northwestern University.

There’s scientific evidence behind Kraus’s idea, too. People who play sports have healthier brains that process sound better than non-athletes, according to the findings in a study published this week in the journal Sports Health.

Off the Field Focus is Improved

Regularly taking part in athletics helps us “turn down” the chaos in our brains and also helps us navigate non-sports related life more efficiently. This sound processing optimization advantage may also be helpful in preventing injuries and even heart problems, the research team hypothesizes (though they did not investigate that outcome in this research).

Is there a “sports” brain?

To reach peak performance, athletes must treat their bodies like finely honed machines: they keep healthy diets and train for months. On top of their optimized physical bodies, the researchers hypothesize that athletes — they looked at the college-level — also have optimized auditory systems in the brain.

To test this hypothesis, neuroscientists at Northwestern studied the brain health of nearly 1,000 participants, half non-athletes and half Northwestern Division I athletes across 19 sports teams.

In the study, the researchers played speech syllables to study participant,s and recorded their brain activity with electrodes. They also measured how people cut through “brain static” — the background electrical activity happening constantly in the brain — to hear the speech sounds.

Specifically, they measured the frequency-following response (FFR), which shows how efficiently people process the soundscapes around them. This response captures background neural activity and the neural response to external sound in the brain.

So, how did the experiment turn out?

The researchers saw their hypothesis confirmed: athletes better tuned out their brain’s background noise and into their sensory environment. They also had a larger response to the speech sounds.

It’s like listening to a DJ on a radio.

“Think of background electrical noise in the brain like static on the radio,” Kraus says. “There are two ways to hear the DJ better: minimize the static, or boost the DJ’s voice. We found that athlete brains minimize the background ‘static’ to hear the ‘DJ’ better.”

The sports effect may result because athletes are simply healthier than the rest of us, or because they must respond quickly to cues to win, the study says. But the boosted brains aren’t just seen in sports.

Other experiments have shown that playing instruments or learning a language can enhance sound processing. Musicians and multilingual people turn up the volume of the “DJ” and encode sound features better, instead of quieting neural noise to process sound cues like the athletes.

The team’s findings could pave the way for auditory treatments for people struggling with auditory processing — kids in low-income neighborhoods that can be filled with “noise pollution,” or elderly people trying to hear conversation in a loud environment.

There’s one other benefit in addition to winning, too.

Optimized auditory processing could help athletes avoid getting hurt or even having heart problems, the study suggests.

“A serious commitment to physical activity seems to track with a quieter nervous system,” Kraus says. “And perhaps, if you have a healthier nervous system, you may be able to better handle injury or other health problems.”

But at the same time, there’s a risk of concussion in nearly every sport, and concussion incidence seems to be on the rise.

These potential brain-boosting benefits of playing sports must be weighed against possible injury.

Hypothesis: Given that FFR amplitude is sensitive to experience, with enrichment enhancing FFRs and injury reducing them, we hypothesized that playing sports is a form of enrichment that results in greater FFR amplitude.

Study Design: Cross-sectional study. Level of Evidence: Level 3 Methods: We measured FFRs to the speech syllable “da” in 495 student-athletes across 19 Division I teams and 493 age- and sex-matched controls and compared them on 3 measures of FFR amplitude: amplitude of the response, amplitude of the background noise, and the ratio of these 2 measures.

Results: Athletes have larger responses to sound than nonathletes, driven by a reduction in their level of background neural noise.

Conclusion: These findings suggest that playing sports increases the gain of an auditory signal by turning down the background noise. This mode of enhancement may be tied to the overall fitness level of athletes and/or the heightened need of an athlete to engage with and respond to auditory stimuli during competition.