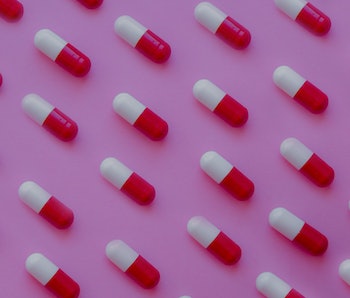 Increases in life span are one of the greatest success stories of modern society. Yet, while most of us can expect to live longer, we are spending more years in ill health. Reducing this period of ill health at the end of life is the main aim of a group of scientists known as biogerontologists.

By studying aging in animals, including fruit flies, worms, and rodents, biogerontologists have identified biological phenomena involved with aging that all these organisms share. And some of these biological processes may also regulate aging in humans.

Scientists attempting to understand and improve the aging process have identified many molecules that appear to improve aging in these animals (although evidence in humans remains scant). These molecules include compounds found in grapes, apples, and even bacteria.

Recently, a new molecule has been added to the list of possible anti-aging drugs: nicotinamide adenine dinucleotide, or NAD+ for short. As we age, levels of NAD+ decrease in many tissues of the body. As NAD+ is involved in many important biological processes, it is thought that this decline might contribute to aging.

Research in mice has shown that replenishing NAD+ can improve many elements of aging, including age-associated weight gain, enhanced physical activity, improved ability of the body to process carbohydrates and fats, and improved eye function. This has led some scientists to believe that increasing NAD+ levels is an exciting potential anti-aging therapy. Indeed, a new anti-aging supplement called Nuchido TIME+, which is said to boost NAD+ levels, was recently launched in Las Vegas. Nichola Conlon, the founder of the company that makes the supplements, described the pills as a “breakthrough product in the world of anti-aging.”

Their research has suggested that Nuchido Time+ increases NAD+ in middle-aged people to the levels of someone 15 years younger. So should we all start taking NAD+ supplements?

To guide this decision, we need to first understand the underlying research that has led to this product being released. Almost all the research into NAD+ and aging has taken place using cells or animals — not people. Although there are shared biological pathways that link aging in animals and humans, human aging is significantly more complex due to the markedly longer length of our life span and the complexity of our lifestyles.

It is very difficult to design a study that truly tests anti-aging therapies because of ethical implications, the length of time humans live for, and our complex lifestyles. Instead, studies on human aging tend to focus on specific age-related conditions or biological changes that seem to occur naturally with age.

The results reported by Nuchido just tell us that they have been able to increase NAD+ levels more than anyone else, not that this increase has had any measurable improvement in people’s aging under strict scientific conditions. This evidence may yet come but, for now, what we can say is that if you take Nuchido Time+ you are likely to replenish your NAD+ levels. There is some evidence that NAD+ levels may be improved without the need for supplements, with dietary changes and exercise both being reported to alter NAD+ levels in some tissues.

Much more robust, controlled studies are needed before the effects of NAD+ supplementation on human aging are better understood. For now, as Nuchido Time+ costs £55 for a 30-day supply, it may be better to focus on factors that are well-established at improving aging, such as eating a healthy diet and getting regular exercise.

This article was originally published on The Conversation by James Brown. Read the original article here.

More like this
Mind and Body
6.15.2022 7:51 PM
A single gene could stump a deadly parasitic infection
By Allison Parshall
Mind and Body
6.17.2022 10:30 AM
Anti-aging skincare: Experts explain 3 science-backed treatments
By Szu Shen Wong, Neil Grazier and The Conversation
Mind and Body
6.10.2022 11:00 AM
The baby poop of hunter-gatherers could unlock better gut health
By Claire Maldarelli
Related Tags
Share: