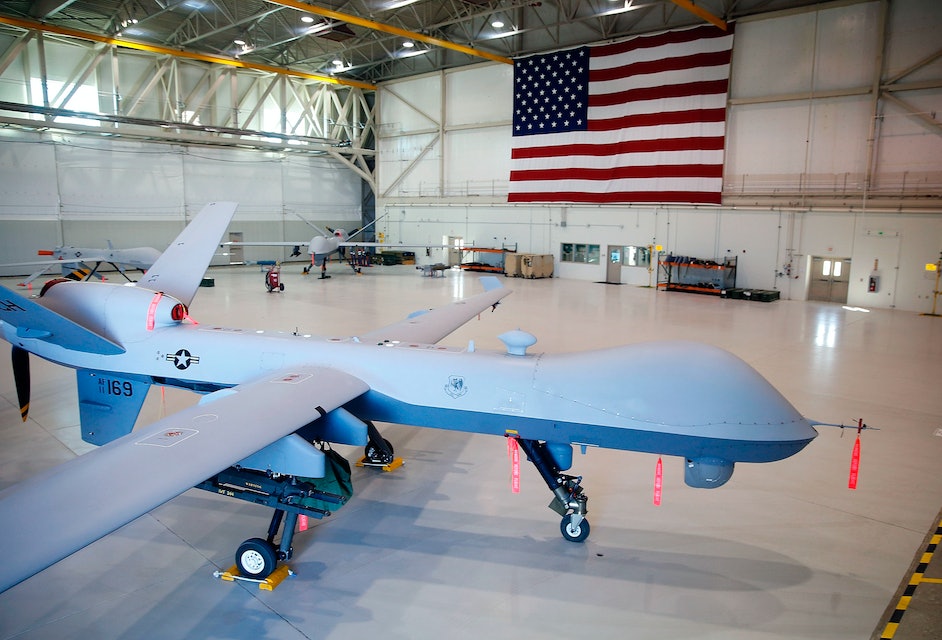 The MQ-9 Reaper, also known as Predator B, has been a hunter-killer drone for the United States Air Force in operation since 2007. Nearly 200 are currently in service, and the Air Force hopes to keep the drone flying through the 2030s. But a new Inspector General report shows that even if the military is happy with the Reaper’s performance, they’re not about throwing money into a pit over it.. Over the last seven years, the report says, the Air Force has spent $17.7 million trying to help the drone measure weather data. According to the report, it was money wasted.

On the surface, trying to improve the Reaper’s weather-understanding capabilities makes sense. The United States military has lost over 400 drones since it started using the technology in earnest in 2001, according to an analysis by the Washington Post. The reasons for those crashes have included everything from human error to mechanical breakdown to rough weather.

When first introduced, both the Reaper and its older, bigger, and less efficient predecessor, the Predator drone, had limited abilities to detect weather conditions. Specifically, the military was worried about ice and snow. “Ice and extreme wind can limit UAS operations,” notes the Inspector General’s report, using the acronym for Unmanned Aerial System. “Ice accretion is the process by which a layer of ice builds up on solid objects that are exposed to freezing precipitation, fog, or cloud droplets. The effectiveness of the mission and protection of the aircraft require that UAS operations be planned with an accurate understanding of ice accretion.”

The MQ-9 had limited weather awareness, like real-time evaluation of wind speeds and detection of ice accretion at certain levels. But that wasn’t good enough, Air Force brass decided, and thus began an expansion effort. An ambitious project was launched to integrate “meteorological data, products, information, and services with aircraft position, routes, target, and collection locations into a single, fused display on command and control mission planning systems and situational awareness tools.”

That’s where the problems began, says the Inspector General’s report.

Between 2010 and 2016, the Air Force took over $17 million from what’s known as the Overseas Contingency Operations (OCO) fund, which is ostensibly for wartime projects only. The nonprofit National Priorities Project refers to the OCO as a “slush fund for the military” with very little oversight. The Inspector General’s report found that funding should rather come from research, development, test and evaluation funds.

Where the funding comes from matters: the standard funding request approach could have forced the Air Force to examine their requests with greater rigor, the report notes, since it was later determined that were “not...needed.” The sensor that the Air Force had spent millions building would not have solved any of the problems that had crashed the previous Reapers, according to the report, and was never even able to deliver on what it had promised. The older Predators were retired in 2018.

“As a result,” it says, “the Air Force wasted $17.7 million dollars in OCO funding developing a capability that was never delivered.”

The Inspector General’s report recommends that share whatever results it has found, and more importantly share the internal processes that lead to the multi-year waste of resources, which only ended when OCO funding dried up in 2016.

Military funding can lead down unexpected roads. During the 1960s, US and British soldiers were forced to take LSD.