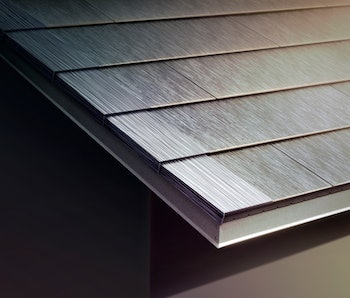 Tesla has hiked the price of its Solar Roof, and it’s left customers confused.

Earlier this month, it emerged that Tesla was raising the price on its solar energy roof tiles even for customers that had already signed a contract for installation. Electrek reported that prices had risen by around 30 percent. The New York Times spoke to one customer who received an initial estimate of $60,000 for their roof, but then received a final quote of $112,000.

During the company’s first-quarter earnings call, CEO Elon Musk admitted the firm made “significant mistakes” when assessing how hard it would be to install certain roofs. The new pricing system factors in roof complexity.

Want to know more about Tesla’s solar roof plans? Subscribe to MUSK READS+ for exclusive interviews and analysis about all things Musk.

Tesla Solar Roof: what is it?

Tesla is perhaps best known as an electric car manufacturer, but its website describes its mission as much broader: “Tesla’s mission is to accelerate the world’s transition to sustainable energy.”

In October 2016, Musk demonstrated its vision of a “house of the future” on the set of Desperate Housewives. It showed a Tesla Model 3 electric sedan in the garage. The home’s roof was covered in Solar Roof tiles, a roof with a mix of solar and non-solar “dummy tiles.” The two tiles are designed to look identical, meaning it looks like a regular roof to the untrained eye.

The house was completed with a Powerwall battery, which stored energy from the tiles so the house could run from clean energy even when the sun’s not shining.

The Solar Roof was relatively rare after its unveiling, bar a smattering of installs in early 2018. That changed in October 2019, when the company unveiled its third-generation tiles designed for faster installation times.

Tesla Solar Roof: how much did it cost before?

Musk claimed that, in 80 percent of cases, the new tiles would offer “a price point that is less than what the average roof costs plus solar panels.”

For comparison, HomeGuide lists the cost to replace a 2,000-square-foot asphalt roof as $10,460 at the high end. EnergySage lists the average cost of a seven-kilowatt solar system as $19,670 before tax credits.

This suggests Valles’s roof may have cost slightly more than buying the two separately, although it’s hard to say as the price would vary depending on the house.

Tony Cho, who ordered a giant Tesla Solar Roof for his Florida retreat, told Inverse in January 2021 that it cost around 35 percent more than the price of panels and a new roof. Jason Lassen, who bought a Solar Roof for his Wisconsin home, told Inverse in March 2021 the price was “almost the exact same” as the cost of a good shingle roof plus solar.

In April 2021, Tesla made a number of changes to its solar offerings.

Electrek obtained an email that went out to Solar Roof buyers. It included a line that explains “we have increased the price of Solar Roof and have added adjustments for individual roof complexity.”

On the firm’s new Roof Complexity web page, it explains:

Your roof’s complexity will determine your Solar Roof installation’s level of difficulty, which is factored into your final purchase price. Roofs fall into three tiers of complexity — simple, intermediate and complex. Roof complexity is determined by the number and severity of roof obstructions such as the pitch, number of joints, chimneys and other features on your roof that add to the difficulty of the installation.

Tesla Solar Roof: how much does it cost now?

Buyers have seen their prices increase massively since the change.

The New York Times spoke to Ana Bianchi. Her roof was initially going to cost $63,000, but two weeks before installation the price increased to $85,000. Bianchi, who canceled the order, described the situation as “outrageous.”

Another, Peter Quint, told the publication that he was quoted $75,000 for a roof on his 4,000-square-foot house. When the price soared to $112,000, he called Tesla and was put on hold for over three hours. He ultimately canceled and used regular shingles plus panels, saving nearly $70,000.

Tesla Solar Roof: what does Elon Musk say about the price increase?

“First of all, I should say the demand for the solar roof remains strong. So despite raising the price, the demand is still significantly in excess of our ability to meet the demand to install the solar roofs. So production is going fine, but we are choked at the installation point.”

“We did find that we basically made some significant mistakes in assessing the difficulty of certain roofs, but the complexity of roofs varies dramatically. Some roofs are literally two or three times easier than other roofs. So you just can't have a one size fits all situation. If a roof has letter protuberances or if the core structure of the roof is rotted out or is not strong enough to hold the solar roof, then the cost can be double, sometimes three times what our initial quotes were.”

“So in those cases, what we obviously offer to do is to refund customers their deposit. What we cannot do is go and just lose a massive amount of money. We just got to provide a refund of the deposit.”

Tesla Solar Roof: are there any alternatives?

Yes: check out our guide to five alternatives to the Tesla Solar Roof.

More like this
Science
Oct. 2, 2022
Even if geoengineering worked, over half the world could keep heating up
By Patrick W. Keys, Curtis Bell, Elizabeth A. Barnes, James W. Hurrell, Noah Diffenbaugh and The Conversation
Innovation
Sep. 20, 2022
SpaceX Starship orbital flight: Elon Musk's giant rocket just passed another critical test
By Mike Brown and Molly Glick
Science
Oct. 1, 2022
5 lessons from the most iconic climate documentary of all time
By Tara Yarlagadda
Related Tags
Share: