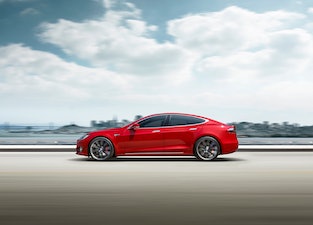 Tesla could soon introduce a battery that can last for one million miles over the course of its lifetime, and that could have a big effect on reducing carbon emissions.

A Bloomberg report this week revealed that Chinese battery firm Contemporary Amperex Technology, also known as CATL, believes it is ready to start production on a battery that can run for 1.2 million miles. The new battery would be designed to last for 16 years. CATL started providing batteries to Tesla in February alongside its other clients. A report in May claimed the firm's million-mile battery project would be used in Tesla vehicles.

It came in the same week that Tesla revealed the benefits of such a battery. The company's 2019 impact report, shared Tuesday, details how the firm's efforts to transition the world to sustainable energy are resulting in emission reductions. The company claims that, over the course of its lifetime, a solar-charged electric car for personal use would produce less than a quarter of the emissions from a gas-powered vehicle per mile. This saving is particularly important when considering that transportation accounts for 16 percent of global greenhouse gas emissions.

Improvements in battery technology could make these savings bigger than ever. A Tesla Model 3 can drive for up to 322 miles on a single charge, and its battery is covered by the warranty for up to eight years or 120,000 miles, whichever comes first. Tesla claims that the average car in the United States is scrapped after 200,000 miles of usage. The firm also claims, based on fleet data, that Tesla cars that have driven between 150,000 and 200,000 miles have batteries with less than 15 percent degradation.

A million-mile battery, which would last for five times longer than the average vehicle, could make the Tesla more efficient than ever. The report explains that a large portion of a Tesla's emissions are during the manufacturing phase, which means that a battery that can run five times further would avoid replicating these emissions. Recycling improvements could make them even better.

Elon Musk, Tesla's CEO, has been teasing a battery-focused company event for the past year. In the firm's July 2019 conference call, he described it as “a comprehensive review of cell chemistry, module and pack, architecture, and a manufacturing plan that has a clear roadmap to a terawatt-hour per year.” During the company's first-quarter 2020 earnings call in January, Musk described the event as "one of the most exciting days in Tesla's history."

Timing for the event is up in the air. It was originally expected to host the event in April at its Giga New York facility, but the coronavirus pandemic disrupted those plans. Musk later suggested a livestreamed version could take place in June, but also suggested an in-person event could still be held later.

The Inverse analysis – The million-mile battery could offer benefits to all areas of the business. Beyond electric vehicles, it could enable longer-lasting grid storage systems. That would enable energy sources like solar and wind to store the energy in a battery, offering round-the-clock renewable energy. A longer-lasting battery could also offer a pathway to repurposing batteries and reducing the amount of batteries required in the production process.

But it's not the only rumored advancement in Tesla's battery technology. The project is also rumored to offer a way to reduce battery costs, increase range and boost output to Terawatt-hour levels. That, perhaps more than any other factor, could change the conversation around switching energy sources to renewables.

With 31 percent of global emissions coming from energy and heat production, it could have a greater influence on emissions than the firm's electric car business.

More like this
Innovation
Oct. 4, 2022
Why Elon Musk's robot dreams may be a step too far for Tesla
By Liane Yvkoff
Innovation
Oct. 2, 2022
EV ownership has a racial gap — one major change could bridge the divide
By Andrea Marpillero-Colomina and The Conversation
Gear
Oct. 4, 2022
Tesla’s Optimus robot as explained by Elon Musk
By Jackson Chen
Related Tags
Share: