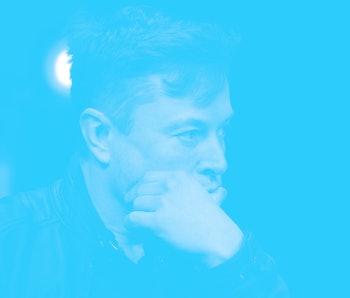 “Safety first!” You’ve been hearing the common rule-of-thumb since kindergarten, and, barring some regrettable college decisions, you’ve most likely been dutifully following it ever since. It’s simple, logical, and hardly controversial ... or so you might think. Rand Simberg, the space entrepreneur and consultant, certainly doesn’t.

Simberg is perhaps best known for his 2013 book Safe is Not an Option: Overcoming The Futile Obsession With Getting Everyone Back Alive That Is Killing Our Expansion Into Space. The book argues that the U.S. government’s approach to spaceflight, which puts safety as the highest priority, is “fundamentally irrational, expensive and even dangerous.”

Eight years since the book’s publication, Simberg tells Inverse that the most significant factor holding Musk back with the SpaceX Starship is regulation.

“[Musk’s] latest issue is not technical, it's regulatory,” Simberg says. “He's waiting for the [Federal Aviation Administration] to give him permission to fly out of Boca Chica [and] do an orbital flight.”

Want to hear more of Simberg’s controversial opinions, the possibly regressive role of the FAA, and the SpaceX invention that could “change everything”? Read the full interview, only in MUSK READS+.

For Simberg, it’s part of a long-standing crusade against the existing regulatory approach. His 2013 book argued that a reason why human spaceflight has made little progress over half a century, despite spending hundreds of billions of dollars, is because “we’ve done an absolutely terrible job of establishing an appropriate risk-reward balance.”

“No frontier in history has ever been opened without risk. [...] Had we taken the same attitude toward safety in expanding our ecological range as we have in space [...] we would still be sitting in the trees, gazing out at the savanna and wondering what it might have in for us.”

In this particular instance, Simberg’s concern is more that current FAA rules are constraining the speed of development of SpaceX’s Starship — but residents near the site have voiced concerns about development through the existing rule structure.