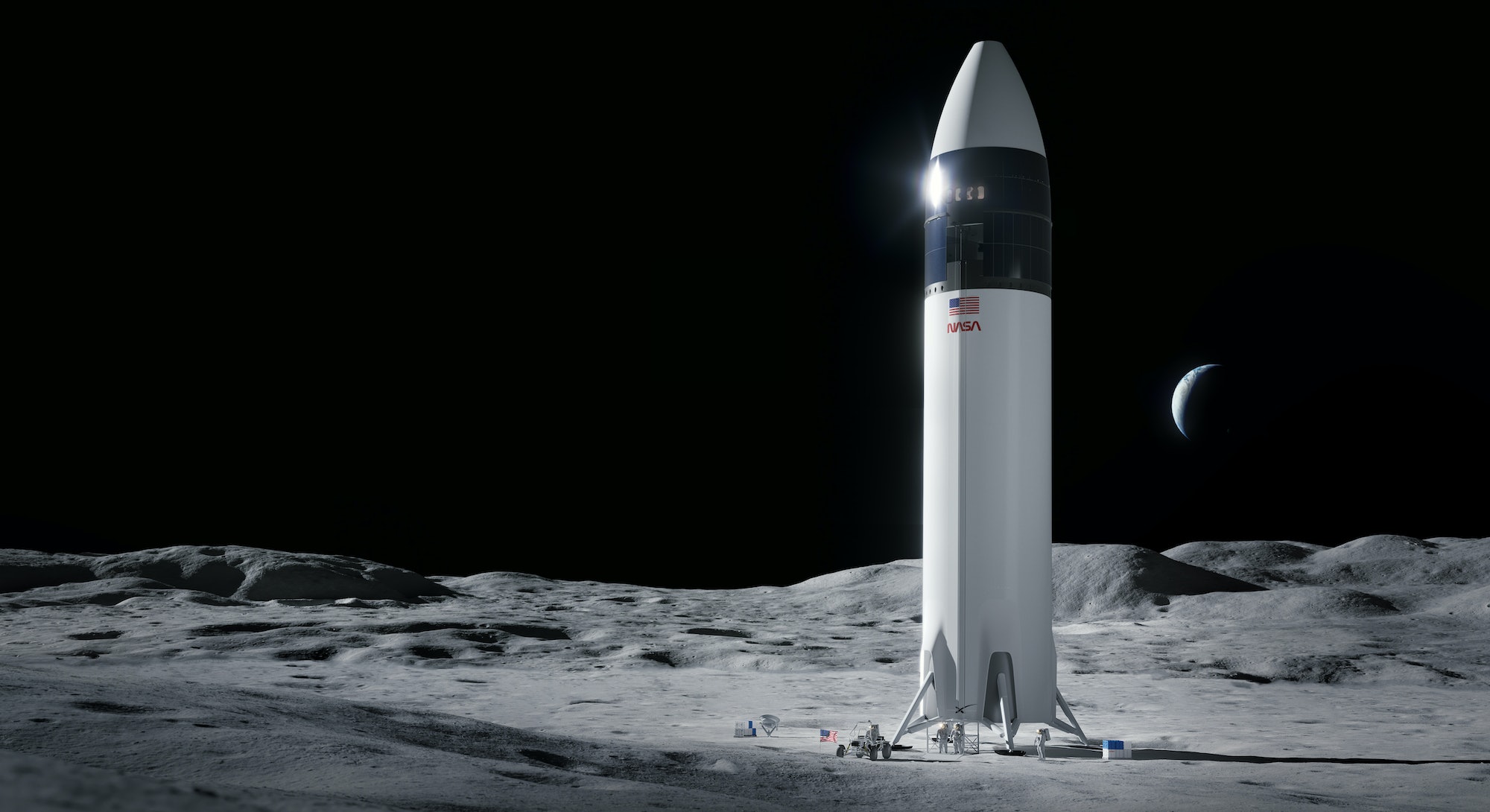 Earlier this month, something happened in SpaceX’s Boca Chica development facility that hasn’t happened for a long time: A rocket rolled onto the launch pad.

On July 5, Starship prototype SN24 rolled out, setting off a wave of fevered speculation over whether it could finally, maybe, embark on its much-teased next test flight and become the first of SpaceX’s enormous new rockets to reach orbit.

If it does blast off this month, SN24 will be the first Starship prototype launch in more than a year.

Starship prototypes went through five suborbital tests in the spring of 2021, and one even managed a successful flight for Starship SN8 to 32,800 feet altitude. SN8 even managed to stick the landing. Since that high, the engines have fallen silent.

With SN24 back out in the Sun, could we be about to see a return to regular launches? And what caused the testing slowdown in the first place? Read on to find out.

Love this story? Subscribe for free and get weekly innovation updates in your inbox.

“The thing that’s really holding them up is the FAA approval to launch.”

That’s the word from Wendy Whitman Cobb, a professor in space policy at the US Air Force School of Advanced Air and Space Studies.

“The regulations have not kept up with the state of the commercial space industry.”

Cobb has a point: To launch Starship to orbit, the Federal Aviation Agency required SpaceX to undergo an environmental review. The process has taken over a year, and the agency finally published a list of 75 “mitigations” in June of 2022 that SpaceX must deploy in order to keep launching Starship prototypes. The list includes certain safety stipulations, as well more esoteric measures like requiring the company to make an annual contribution of $5,000 to a local adopt-an-ocelot program.

The FAA’s review has been a point of frustration for SpaceX CEO Elon Musk. In January last year, Musk tweeted that the Federal Aviation Agency’s space division “has a fundamentally broken regulatory structure.”

According to Cobb, Musk’s ire isn’t without merit.

“They started developing these regulations in the 1980s, and when they did so they were not anticipating anything like SpaceX, let alone the rest of the commercial industry,” says Cobb.

“The bureaucracy was set up in such a way that they were only anticipating maybe a dozen launches a year using traditional methods and the regulations have not kept up with the state of the commercial space industry today,” she explains.

However torturous, the environmental review is important. Not only is it a net good to try and protect the local environment (including ocelots), but also previous sub-orbital tests have already demonstrated the risks when launching such large rockets.

“I think it’s warranted to make sure that the environment around which they're launching these things is protected,” says Cobb.

She points to how, during one suborbital test launch, SN11, debris from a mid-air explosion landed on a publicly accessible beach — it took months to clean up, according to some reports.

“There's a give and take here in terms of how the regulations seek to protect the public but also allow [launches] to happen on a faster basis.”

Orbital launches magnify the risk of failure — something SpaceX is not unaccustomed to at this point. To reach orbit, both the Starship rocket and first stage booster require more liquid methane propellant than SpaceX has ever used before.

“When they fill the booster fully, there's talk that the exclusion zone — the area they would need to evacuate — will impinge on the southern parts of South Padre Island [where people live]. So the scale doesn’t necessarily fit the space that they have,” says Anthony Colangelo, a veteran SpaceX watcher and the host of space industry podcast Main Engine Cut Off.

The location of Boca Chica on the South Texas border amplifies the potential problems, he adds.

“An explosion of that size would be an international incident by definition because the fireball might reach the Mexican border,” Colangelo says.

Assuming SpaceX ticks all the FAA’s boxes, it’s expected that the company will be approved for around orbital five flights launching from Boca Chica every year.

“If they did five flights a year, they would be pumped that they did that many orbital flights of Starship a year, so I think that's enough to cover them for development,” muses Colangelo.

“They built that pad thinking it will be the Mars rocket launch pad.”

But the apparent delay on an orbital test isn’t all red tape.

“The ground system at Boca Chica was scaled only for what they needed for their suborbital test,” says Colangelo.

“They did not have the systems capable of doing [orbital launches] a year ago”.

SpaceX has spent the last year building out its capabilities on the ground, constructing extra storage tanks, and the all-important launch tower — a necessity for an orbital launch.

Colangelo expects SpaceX will win approval for more launches, but there may be a more fundamental problem with Boca Chica as a launch site. In recent months, SpaceX has spent considerable resources building a new launch tower at the Kennedy Space Center’s historic Launchpad 39A, which launched the Apollo 11 mission to the Moon. Since 2013, SpaceX has held a lease on the Florida site, and it is now being upgraded for Starship launches.

“I think SpaceX has been hedging their bets,” says Cobb.

“They’ve been really ramping up their Starship efforts down at the Kennedy Space Center, building out a Starship launch tower down there.”

“It’s their backup plan,” she adds.

Kennedy Space Center is also better located for launches, as rockets can reach a wider range of different orbits.

“Imagine if you had an airport that you could only fly from in two directions,” says Colangelo. “That's not that useful.”

Back to the red tape, 39A might prove a more suitable home for Starship than Boca Chica.

“They built that pad thinking it will be the Mars rocket launch pad,” he adds.

Handy. Starship’s ultimate goal is to ferry humans to Mars by the middle of this century.

How far has Starship come?

On the horizon: the Moon

What makes the pause in Starship testing particularly worrying is the white elephant in the room: The Moon.

NASA’s current roadmap scopes out a 2025 launch for astronauts on the Artemis III mission to the Moon from Kennedy Space Center on board NASA’s Space Launch System rocket. But instead of building a new, tiny capsule like the one used by the Apollo program in the 1960s, NASA contracted SpaceX to use Starship as a “Human Landing System” (HLS) that the astronauts will dock with once in lunar orbit.

It’s ambitious, but it may be worth the risk: Starship’s 100-ton cargo capacity can deliver supplies to the lunar surface efficiently and make a permanent human presence there possible faster.

“The longer it takes to get Starship up and running, the longer it might take NASA to get to the Moon,” says Cobb.

Which begs a question: Can Starship make enough progress in the next three years to meet NASA’s deadline?

“The Starship that's going to land on the Moon is a different Starship,” says Colangelo.

“It'll launch from Earth, but it will never come back to Earth. It will not have heat shielding. It will have landing legs for the Moon, it will probably be painted white. It's going to be a thing that is entirely different from the Starships they're flying to orbit and back.”

Not the same Starship, but also not one Starship: Artemis III requires multiple Starships to be in space at one time — not just the HLS, but also Starships that act as fuel tanks for the HLS. Colangelo thinks that as long as Starship can make it to orbit, Artemis III can be successful.

“In the worst case scenario, none of those Starships need to make it back to Earth successfully, they could dump them all in the Pacific Ocean and just say they were tankers that we don't need anymore,” he explains.

“There are so many weird interdependencies,” Colangelo caveats. Even if Starship’s timeline remains on track, Artemis III depends on more than SpaceX. At this point, he thinks a 2025 Artemis III launch is unlikely.

Editor’s note: SpaceX declined to comment for this story. NASA did not return a request for comment.