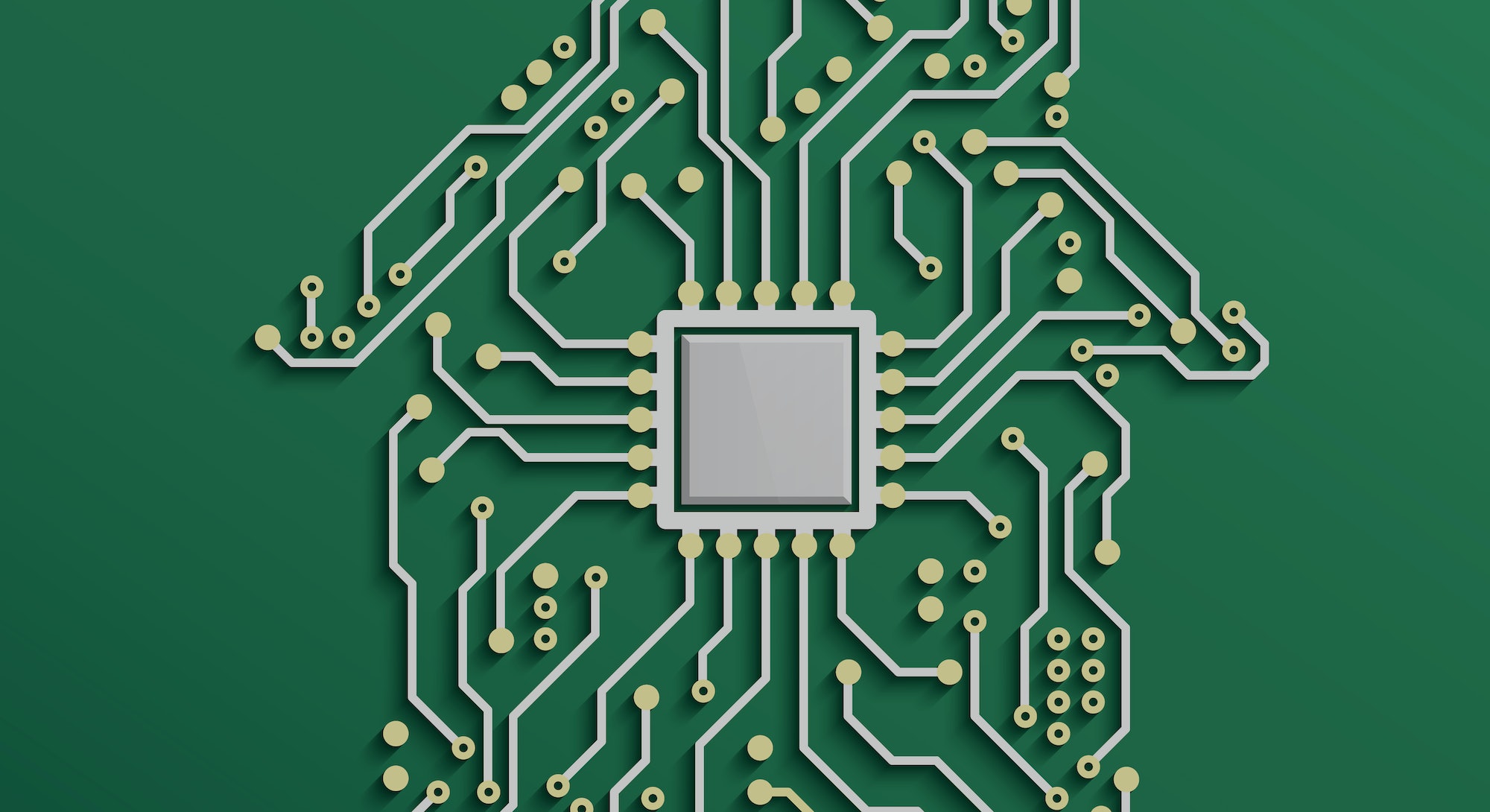 There are self-driving cars; you can video call someone across the world in an instant; and no matter who you are or where you come from, you too can log on to one of many websites to yell at celebrities and global political leaders with impunity.

Yet in spite of this, waking up every day remains a chore. While dreams of Jetsons-esque automation or Wallace and Gromit wake-up gadgets seem doomed to be confined to fiction, the Internet of Things has given rise to the smart home, connecting everyday household devices to your network to control them remotely, often by voice.

While you may not be able to get a computer to brush your teeth for you yet, thanks to ecosystems like Google Assistant or Amazon Alexa, or Apple Siri-powered devices, you can finally live the dream of yelling at your ceiling lights to turn on, or set up the coffee maker to brew the moment you walk through your bedroom door. Well, that is if you've shelled out for a litany of connected devices, many of them coming at fairly steep price tags.

Indeed, for most of us who are watching our wallets, our mornings are mostly analogue outside of our phones. But while it might be prohibitively expensive to deck out your home with smart devices, you can dramatically improve your quality of life on those groggy early mornings for about $100, total -- and a small amount of DIY work.

What is it? Entry-level smart home/voice command controller and speaker.

Why should I care? Not merely a Bluetooth speaker, these smart hubs are what allow you to use voice commands to activate your connected devices.

There are two options here. What are the differences?

The setup we're going to recommend here is based around connecting the Google Home Mini to a few smart devices and accessories. For ease of use, it's the best option. That said, not only is the Amazon Echo Flex a viable alternative, but it is also entirely possible to set up your smart home without voice commands or purchasing one of these controller devices that present privacy concerns. But we'll get into that a bit later. We are also avoiding Apple HomeCare in this guide because both Google Assistant and Alexa integrate pretty well with iOS devices and Siri, and HomeCare compatible devices tend to be harder to find.

The short version of how a “smart home” controller like the Google Home Mini works is that it basically connects to your in-home wireless network to control any other devices also connected to it. This primarily all works through Google Assistant (or Alexa if you're going the Amazon route) to set up a series of commands for these devices to operate them remotely or on a schedule.

However, with a little bit of the digital equivalent of elbow grease, you can use the If This, Then That (IFTTT) service to set more complex scheduled commands for Google Home or Alexa, and it's surprisingly simple to get a hang of. IFTTT allows you to set scheduled or automated commands for basically anything, from scheduling Instagram posts to copying down your spoken to-do list commands to a spreadsheet, to controlling smart lights and thermostats in your home. Best of all, IFTTT has a community of millions of users, many of whom share their protocols and command scripts for other people to use. IFTTT can seem intimidating at first, but once you get started with it, you'll never look back.

Additionally, most of the items featured here have their own proprietary smartphone controller apps — some of them unfortunately required to set up integration with Google Assistant or Alexa — but they're very inconsistent in quality.

For this setup, since our $100 budget only allows for one smart home controller, we're going to put it in the bedroom, where you can start your day's routine as soon as you wake up.

Wifi adapters that you can plug into an outlet to allow for remote or scheduled on/off operation of any device plugged into them.

What is it? Smart Plugs are basically wifi adapters that you can plug into an outlet to allow for remote or scheduled on/off operation of any device plugged into them.

Why should I care? Smart Plugs basically turn any device into a Smart Device for a fraction of the price.

So let's first figure out a way you can use a smart home to make the process of waking up easier. First, with Google Assistant, you can integrate Spotify or your streaming service of choice with your alarm. Personally, I've been waking up to the redone version of the Muppets theme for the past year or so and it's worked like a charm. But more importantly, you can also set up a set of smart lights to turn on when you respond verbally to your alarm or to automatically turn on when your alarm goes off.

The smart lights we've chosen here are from a small brand known as “AL Above Lights,” but they're integrated into the popular Smart Life app that plays nice with Google/Alexa and has a decent number of IFTTT applets as well. The one I'd recommend cues your lights to when you unplug your phone from your charger in the morning instead of directly to your alarm. While scheduling your lights to blare on at full blast with a loud alarm might swiftly wake you up, it will also probably give you an instant headache.

Of course, before setting up these routines, you'll want to set up your LED lights and Smart Plugs with your wifi network. Since each of these devices are from a different brand, they'll unfortunately require entirely separate processes and their own proprietary apps, but it ends up being a better value for your dollar overall after the initial hassle of setup.

LED there be light

Color-changing light bulbs that connect to your wifi to turn off and on at your command.

What are they? Color-changing light bulbs that are connected to your wifi to turn off and on at your command.

Why should I care?

So picture this: You've woken up now, serenaded out of bed by the soothing sounds of Lou Reed's Metal Machine Music and your own personally color-coordinated lighting array. You're ready to stumble into the shower, but in this moment, you are wholly and utterly powerless in the face of the terrors of the world, as you have not had your morning coffee.

Unfortunately, if you wanted to buy an official “smart coffee maker,” that would mow through most of our $100 budget. But you don't need to do that to have a coffee maker that is integrated into your smart home routine. With one of the aforementioned Smart Plugs, you can set it to respond to your voice command of choice to turn on and off. While this won't work with, say, a programmable coffee maker, it will work perfectly with a simple on/off coffee maker.

You'll have to leave the switch in “on” mode so your Smart Plug can handle turning it on and off. The bad news is this means you could forget to turn it off if you don't set it up to automatically do so. Luckily, there's an IFTTT applet for that, too.With this setup, you can either use “Ok Google” voice commands to turn on your coffee maker (hooked up to your smart plug) or set it up to turn on at a certain time every morning.

What is it? A coffee maker featuring a state-of-the-art on/off switch

Why should I care?

When all is said and done, this plan to automate your morning runs you about $90, leaving you with an extra $10 or so to get an additional plug or smart bulb, or even a smart door sensor for home security or custom IFTTT triggers. But if you've got a bigger budget or already have a smart home setup, there are more ways to integrate your morning routine into your smart home.

While smart toothbrushes may sound like a punchline, they offer valuable feedback for proper dental care such as tracking where you've brushed, offering active timers, or telling you if you're applying too much pressure. Unfortunately, they can also be quite pricey.

Additionally, while it’s not a traditional smart device that can hook up to your Google Home or Alexa, the WaterHawk Eco-Friendly Smart Shower Head tracks your water usage, displays water temperature, and is sustainably powered by the very water that runs through it. So let's get into some of these other options.

A shower head that keeps track of your water usage and provides a temperature display.

What to know: “Smart” shower head is a bit of a misnomer because this doesn't actually connect to your smart home devices. However, it does keep track of your water usage and provides a temperature display on the shower head while also providing a very good and efficient spray of water. It also runs entirely on a hydroelectric generator, so no batteries are required.

A powerful electric toothbrush with a smartphone app and Bluetooth integration.

What to know: A powerful electric toothbrush with a smartphone app and Bluetooth integration for tracking how effective your brushing habits are. It will also alert you if you brush too hard.

So while a fully decked out smart home might require a second student loan, you don't have to completely skip out on what a smart home has to offer, even if you're working with a modest budget. Even the simple step of automating some parts of your morning can take a lot of stress off the start of your day, and it's hard not to feel a little empowered by the fact that you can, in fact, now yell at your coffee maker and actually get a response (of sorts).

UP NEXT is an occasional series by Inverse. You have $100 each week to spend. Some weeks it's one thing. Some weeks it's 10 things. Written by Inverse's future-focused pros who are obsessed with emerging tech, this weekly buyer's guide makes recommendations about products that feel like they're from the future. From bags and shoes to wireless charging, RFID tech, and mobile gaming, to privacy and digital security, it's in UP NEXT.