Is SafeMoon a safe bet? Can Shiba Inu unseat Dogecoin? An in-depth analysis 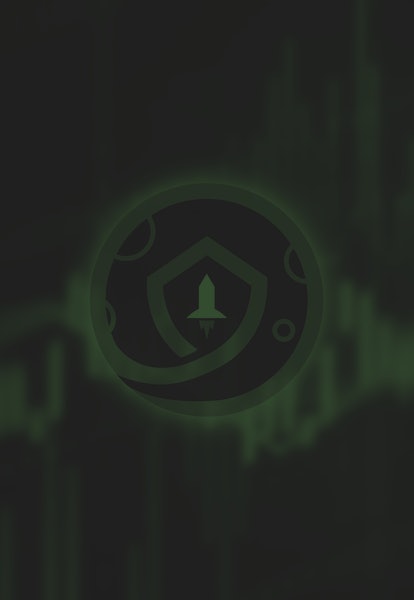 Over the past few months, there's been a lot of chatter and hype surrounding one of Elon “the Dogefather” Musk’s favorite coins, Dogecoin (DOGE).

But the cryptocurrency might have some challengers: the Decentralized Finance (DeFi) token SafeMoon and the Shiba Inu (SHIB) coin.

SafeMoon, launched on March 8, 2021, on the Binance Smart Chain, has received plugs from rapper Lil Yachty, infamous Youtuber Jake Paul, and others. Its development team has made some bold promises (we’ll get into those below), and while Safemoon has only been trading for just over two months, it’s appreciated more than the S&P 500 over the last decade.

Ethereum-based SHIB, launched in August 2020 as a rival to DOGE and dubbed (by some in the "#SHIBArmy") the “Dogecoin Killer,” has also seen massive gains as of late.

There’s been an increasing amount of excitement surrounding the two digital assets. In fact, this week, they surpassed Bitcoin on CoinMarketCap’s “most viewed cryptocurrencies” list, bumping the world's largest and most valuable coin to third place. This enthusiasm is also apparent in both of the coin’s growing market capitalizations, which combined comes to ~$10.5 billion.

But, with little to no fundamentals underpinning their value – these coins instead serving as a speculative tool, riding the current wave of crypto hype – it begs the question: what might the future look like for today’s two “most hyped” coins?

In this piece, we’ll have a look at some attributes of SafeMoon and Shiba Inu, dive into their use cases (or lack thereof), and see what’s driving their (as of now) successful runs. Will they get to the moon? I’ll provide some background; readers can decide for themselves.

While SafeMoon has risen to prominence over just the past two months, it's not yet listed on many major crypto exchanges. But supporters are keen to get the word out. Last week, SafeMoon landed in Times Square following a community fundraising and marketing initiative, with an ad that claims SafeMoon is “the world's fastest-growing cryptocurrency.”

With that sort of price volatility, one can see why the coin is piquing trader's interest, as there is potentially a lot of profit to be made from its swings. And the money is flowing in: SafeMoon's current market cap is ~$4.6 billion and growing.

In an attempt to prevent volatility and panic selling, the coin has a unique strategy for rewarding long-term holders

In an attempt to prevent volatility and panic selling, the coin has a unique strategy for rewarding long-term holders: SafeMoon penalizes investors who sell it by imposing a 10 percent exit fee. (Half of that fee is redistributed to all SafeMoon holders, using a rewards protocol called Static, while the other half is “burned.”)

With a coin burn, coins are permanently removed from circulation, reducing the total supply.

In time, holders of SafeMoon will see their ownership stakes increase as the exit fee is incrementally redistributed to remaining token-holders. And the burn – which functions like a stock buyback program – will decrease the overall amount of existing SafeMoon tokens over time. This burning strategy, as detailed further here, helps limit the number of coins on the market, thereby increasing their scarcity.

Decentralized Finance is a movement of developers building complex, blockchain-based financial services that don't require a central bank to operate. And while SafeMoon promises to implement a burn strategy that is “beneficial and rewarding” for long-term holders, of note is that these burns are not orchestrated at set times through a protocol. Instead, they are decided upon by the development team. This could lead to a centralization that goes against the very ethos of DeFi and cryptocurrency.

There has been criticism of the project from many well-known voices in the crypto community, who liken the project to the infamous Ponzi scheme Bitconnect. And there’s certainly reason to draw some connections: an all too common feature of altcoins is that the people who discover a token first often make a larger portion of the profits.

Lark Davis, a cryptocurrency investor and analyst, said on Twitter: "Bitconnect was for a brief moment a top 10 crypto. The people making money did not want to accept it was a Ponzi, they made every excuse to justify it, and attacked anyone who stated the obvious. Then it rug-pulled [a rug pull is a malicious maneuver in the crypto industry where developers abandon a project and run away with investors’ funds] and everyone lost big time. SafeMoon is no different."

"some experts have compared SafeMoon to a multi-level marketing scheme, designed to only get certain players rich”

And Davis isn’t the only one to compare SafeMoon to a Ponzi scheme. Clayton Moore, CEO of crypto payments processor NetCents Technology, has echoed similar sentiments, saying, "some experts have compared SafeMoon to a multi-level marketing scheme, designed to only get certain players rich.” Other fears relate to its lack of use cases. And because of this, unlike Bitcoin or Ethereum, SafeMoon is not likely to have strong long-term prospects.

That said, there is a lot of hype around nascent DeFi protocols, so usage could provide Safemoon with more underlying value down the line. Moving forward, the token needs to achieve some functionality beyond simply being a tool for speculators.

Most of the top cryptocurrencies by market cap have strong utility and use cases: Ethereum and competitors like so-called “Ethereum killers” Cardano (ADA) and Polkadot (DOT) track non-fungible items in the real world; Bitcoin and competitors like Dogecoin (DOGE) and Litecoin (LTC) act as digital stores of value.

These are lofty goals. If they are successful, it may help provide the aforementioned and necessary functionality and uses cases needed for a token to succeed in the long term.

The SHIB token unabashedly “borrowed” the name of the Shiba Inu dog breed that represents the “meme coin” Dogecoin. And according to its so-called “Woofpaper” (a slightly cringeworthy play on the traditional White Paper), the #SHIBArmy is showing its support for the dog in a very tangible way: permitting Amazon users to use Amazon Smile to collect and distribute a percentage of one's purchases to the Shiba Inu Rescue Association.

And while the “Woofpaper” does outline the project’s vision (including details about its ecosystem, miner incentives, and plans for a decentralized exchange (DEX) called ShibaSwap), a lot of it is just general (almost laughable) crypto jargon, buzzwords, and phrases like "the best is yet to come!"

Despite this, the coin has people interested, having recently been listed on the three of the most popular Chinese cryptocurrency exchanges Binance, Huobi, and OKEx.

To consider the coin’s prospects moving forward, one has to have a little background knowledge. When Shiba Inu was released, Ethereum co-founder Vitalik Buterin was gifted a large amount of the coin. SHIB developers believed that this process could legitimize and protect its circulation and scarcity.

Then, just last week, the world’s youngest crypto billionaire donated more than $1 billion worth of SHIB to an Indian COVID relief fund (and a few other charities). Following this donation, Buterin burned the rest of his 410 trillion Shibu Inu; worth several billion dollars and equating to ~41 percent of the total SHIB supply.

Following the burn, the coin’s price rose by ~50 percent to a local high of ~$0.00001953, as social media was flooded with positive sentiment. Since then, the coin has dropped down to ~$0.00001597 at the time of writing, with its current market cap sitting ~$6.3 billion (as per Coin Market Cap). Jokes aside, that’s a lot of money flowing into the ecosystem!

Shiba Inu: to the moon?

SHIB may have little (as of yet) underlying value or use cases. Still, experts say that its popularity should not be ignored: it reflects the behaviors of a new, growing class of cryptocurrency traders.

According to Ben Caselin, head of research and strategy at crypto exchange AAX. “Rather than simply dismissing the hype outright, it’s important to realize that what we’re seeing is the mass movement of traders new to crypto moving into the space.”

SHIB’s future, like SafeMoon’s, is uncertain, and it may already be too late to get in on the action (as noted above, a common feature in the altcoins scene is that early investors often benefit the most).

As per David Hsiao, CEO of crypto magazine Block Journal, SHIB should be considered as one of the many meme coins that have been created in recent months as this subsection of crypto traders gravitate toward coins based on memes and community as opposed to ones with superior technology or underlying use cases like Bitcoin and Ethereum.

increase the likelihood of a crypto bubble burst

One thing is likely: the emergency of more “Doge-like” cryptos like SafeMoon and SHIB is likely to increase calls for better oversight and regulation of the crypto industry as more digital coins with little to no fundamental technological enter the fray.

They also increase the likelihood of a crypto bubble burst, as, at least in my opinion, putting money into the “wrong” projects only diverts it from the ones with more promising use cases and, in turn, the ones more likely to have true staying power.