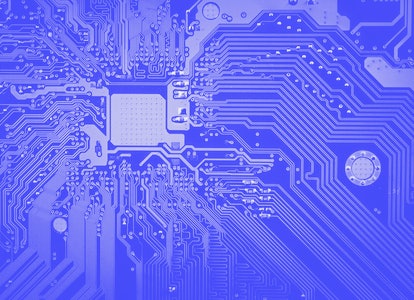 Ever since Dutch physicist Heike Onnes discovered superconductivity in 1911, scientists have strived for its perfect formulation.

Superconductors are like a holy grail of electricity — they offer perfect efficiency, but they carry extreme problems. While scientists have had some success in using superconductors in MRI machines and beneath super-fast maglev trains, these curious materials must be kept at extremely cold temperatures (nearly -460 Fahrenheit) to function.

Keeping things that cold is expensive and difficult. As a result, superconductors are the preserve of few applications.

But new findings in a study published this week in the journal Nature could break that barrier. Ultimately, the study signals a new era in which perfectly efficient electricity becomes reality.

Unfortunately, the study, while promising, comes with a massive catch.

Keeping their cool — The study details a superconducting material that can operate at 59 degrees Fahrenheit — (a chilly) room temperature. That temperature is relatively easy — and inexpensive — to maintain compared to the extremely cool temperatures these materials tend to need.

To understand why superconductors are that much better than the tech we have now, it is important to understand the difference between semi and superconductors. A semiconductor is a material that is pretty good at conducting electric charge. Silicon, for example, is a semiconductor material. They're easy to manufacture and integrate into electronics — but they are also inherently inefficient.

A superconductor is a perfect conductor of electric charge. It experiences no resistance and repels magnetic fields. This means that superconducting materials are not only extremely efficient but also have the added benefit of being able to levitate. No big deal.

A superconductor that can easily operate at this temperature would help pave the path to perfectly efficient electronics as well as big improvements for quantum computing and MRI technology.

“We live in a semiconductor society, and with this kind of technology, you can take society into a superconducting society where you’ll never need things like batteries again,” says Ashkan Salamat, a co-author of the study and assistant professor at the University of Nevada Las Vegas.

There is a massive catch, however. The pressure used in this experiment is equal to about three-quarters of the pressure at the center of the Earth. To get their material to work, it has to be crushed between two diamonds. Not exactly consumer electronic friendly — yet.

See also: 5 lesser-known states of matter that may shape the future

A landmark discovery — In their experiment, the researchers were attempting to create a superconducting material to mimic that strength of one of Earth's most abundant elements: hydrogen.

"To have a high temperature superconductor, you want stronger bonds and light elements. Those are the two very basic criteria,” explains the study's lead author and assistant professor at the University of Rochester, Ranga Dias. “Hydrogen is the lightest material, and the hydrogen bond is one of the strongest."

By combining carbon, sulfur, and hydrogen and pushing them together incredibly hard between two diamonds, the team created a novel metallic compound that was able to superconduct at a balmy 59 degrees Fahrenheit. That may just be sweater weather for us, but for a superconductor, it's incredibly warm.

But, before this technology makes its way into more real-world applications, researchers need to discover a way to generate warm superconductivity at ambient pressures. The pressure used in this study was up to 39 million psi. Typical atmospheric pressure on the surface of Earth is closer to 15 psi, while the place that experiences most pressure on Earth, the bottom of the Mariana Trench in the mid-Atlantic, experiences a mere 15,750 psi.

In many ways, breaking the pressure barrier will be just as difficult as temperature. But Dias is confident that it can be solved and that superconductors will become a part of our lives before we know it.

"Because of the limits of low temperature, materials with such extraordinary properties have not quite transformed the world in the way that many might have imagined," Dias said. "[O]ur discovery will breakdown these barriers and open the door to many potential applications.”