"We're really trying to smash down those barriers" 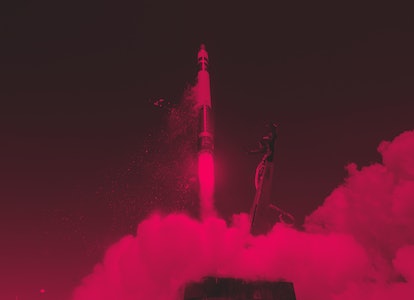 SpaceX is on a mission to reuse rockets, but it's not the only one in the race.

Rocket Lab, a California-based firm focused on small satellite launches, has been perfecting its helicopter-based booster recoveries. But while SpaceX wants to save its rockets to reduce the costs of spaceflight, Rocket Lab has identified another bonus: it won't need to build so many rockets.

“If we can get [the rocket] back even once, essentially, we've doubled our production rate,” CEO Peter Beck tells Inverse.

Want to know more about Rocket Lab's plans, and how the SpaceX rival is forging its own path in the industry? Read the full interview, only in Musk Reads+.

You have less than 24 hours to make the most of our 2020 sale. Musk Reads+ members receive instant access to our ever-expanding archive, including deep dives on Tesla’s $25,000 car and Hyperloop’s start date, plus future issues directly to your inbox twice per week. Don’t miss out — our annual subscriptions are 50% OFF until the end of the year.

SpaceX has focused on saving boosters to reduce flight costs. CEO Elon Musk stated in 2013 that reusing a Falcon 9 rocket saves around three-fourths of its $62 million price tag. Every little helps in the relatively small rocket launch industry, where CNBC reports SpaceX earned around $2 billion in revenue in 2018.

This, plus initiatives like the Starlink internet constellation, will help pay for Musk's planned city on Mars. Musk has estimated it could cost between $100 billion and $10 trillion.

For Rocket Lab, which launches much smaller rockets, the benefits are different. Watch the company's mid-air helicopter recovery demo from April below:

An average Rocket Lab mission costs around $7.5 million, which means it's already cheaper than other rockets. But reusing a rocket means Rocket Lab doesn't need to build so many factories, hire so many people, or build so many rockets.

That, in turn, would allow Rocket Lab to launch small satellites on its small rockets more often.

“We're really trying to smash down those barriers to allow commerce and innovation on orbit like never before,” Beck says.

TO CONTINUE READING THE FULL INTERVIEW, SUBSCRIBE TO MUSK READS+.

As a token of gratitude to our loyal readers, we’re excited to offer a limited-time discounted rate of 50% OFF to early subscribers. That means you’ll pay just $60 per year if you sign up before December 31, 2020.

Musk Reads+ is a fully independent operation. We are not Elon Musk, nor are we employed by him. Our job is to report the events we find newsworthy, giving you the inside look at the worlds of space rockets, electric cars, clean energy, and more. It means first-hand accounts of a SpaceX rocket launch, Tesla insights from third-party analysts, and more.

Note that this article is not intended to be financial advice, nor is it intended as an endorsement of any financial position. This email is intended for informational purposes only, and readers are advised to consult with financial professionals and conduct independent research.