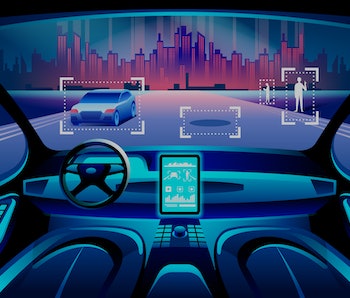 For years, self-driving cars have been stuck between being inevitable and never materializing in our daily lives. But a new push for robot taxis in China as a potential social distancing measure post-Covid-19 could finally be the push these vehicles need.

The public has historically had little trust for self-driving cars, but as commuters look for socially-distant alternatives to travel, self-driving robot taxis may suddenly have a new appeal.

While it's not yet clear how Didi's new fleet of self-driving cars will operate, that it is investing in the creation of new self-driving vehicles for these fleet already separates it from the robotaxis that Tesla CEO Elon Musk has teased.

Instead of creating a new fleet of cars specifically designed to be robot taxis, Tesla's "Tesla Network" would work by essentially borrowing customers' cars when it's not in use and using it as a self-driving chauffer for commuters in the area. This plan would allow owners of the vehicles to set the parameters of their car's side hustle (such as only being able to pick up family or social media friends and only during certain hours of the day) and would allow them to pay back the cost of their Tesla with the fares their vehicle collected.

At Tesla's 2019 Autonomy Day conference, Musk said it was like "a combination of the Uber or Airbnb model.”

But there's some crucial fine print to this arrangement: Tesla will still take 25 to 30 percent of revenue earned from the taxi rides, meaning you'd pay to own a Tesla and then make money for the company while attempting to pay-off your Tesla.

Despite promising during the same conference that Tesla's robotaxis would be partially operational by 2020, Tesla is still working towards its goal of total autonomy for its vehicles.

Meanwhile in China, testing appears to be more successfully underway for Didi as well as companies like WeRide and Baidu, both of which have moved beyond simple testing and have started offering limited robot taxi service in the southern cities of Guangzhou and Changsha respectively.

It certainly helps that self-driving cars, by their very nature and name, are not driven by another person and thus have a built-in social distance. But this also means that there is not necessarily a human on hand who can readily disinfect vehicles between passengers.

Lucky for these robot taxis, this is a problem that tourist locations like hotels have already blazed a trail for with air purifiers and UV light blasting robots.

There's no straight path forward for self-driving cars or Covid-19 protections. But as Didi prepares to massively ramp up its fleet of cars in the next decade, solutions to these problems are likely to reveal themselves -- one way or another.

More like this
Innovation
Jan. 25, 2023
Starship orbital flight: SpaceX successfully loaded the rocket with over 10 million pounds of propellant
By Mike Brown and Molly Glick
Entertainment
22 hours ago
The Last of Us Episode 4 Delivers the One Thing Missing From the Show
By Alex Welch
Culture
21 hours ago
One of the First Movies Made During the 2010s’ Zombie Renaissance Was Also One of the Best
By Jon O'Brien
LEARN SOMETHING NEW EVERY DAY.
Related Tags
Share: